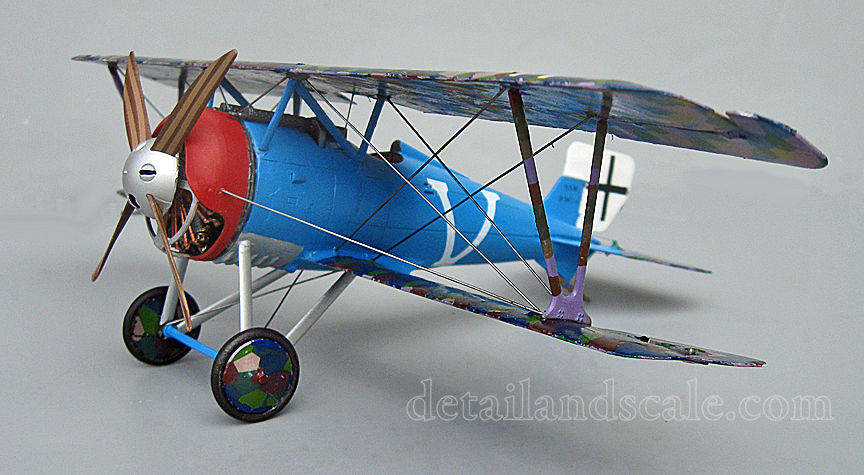 The Siemens-Schuckert D.III was a little-known German fighter than was a very late entry into World War I, coming into service in the spring of 1918.  It was withdrawn from operations in April and May 1918 due to engine cooling problems, but these were corrected, and the aircraft returned to service in June.

The Roden model goes together well with excellent fit of parts that require only a minimal of filling and sanding.  Detailing is excellent, particularly in the cockpit and on the engine.  Striping tape was used to add the seat belts, and a close-up photo of them is included in this photo set.

Tamiya and Testors paints were used on the model, and the wing camouflage is represented with kit decals.  They are less brittle than found in the Roden Fokker D.VII kit, but a watered down solution of Elmers glue was brushed on the wings before they were applied.  Generous amounts of decal solvents and setting solutions were also used to get these decals to adhere properly.  Prior to putting the wing camouflage decals in place, the wings were painted with Testors Napoleonic Violet.  Then, in the event the decals broke apart, that color, which is one of the camouflage colors on both the top and bottom of the wings, would show through and not disrupt the camouflage pattern.

The Iron Cross decals were also very brittle and needed special care when being added to the model.  Decal options include markings for aircraft flown by Ernst Udet (LO) of Jasta 4, Hermann Vallendor (V) of Jasta 15, and Kessler of Kest 4 (home defense squadron).  Except for the special care in applying the decals, the model is an easy and enjoyable build, and it results in a very nice replica of this little-known German fighter from World War I. 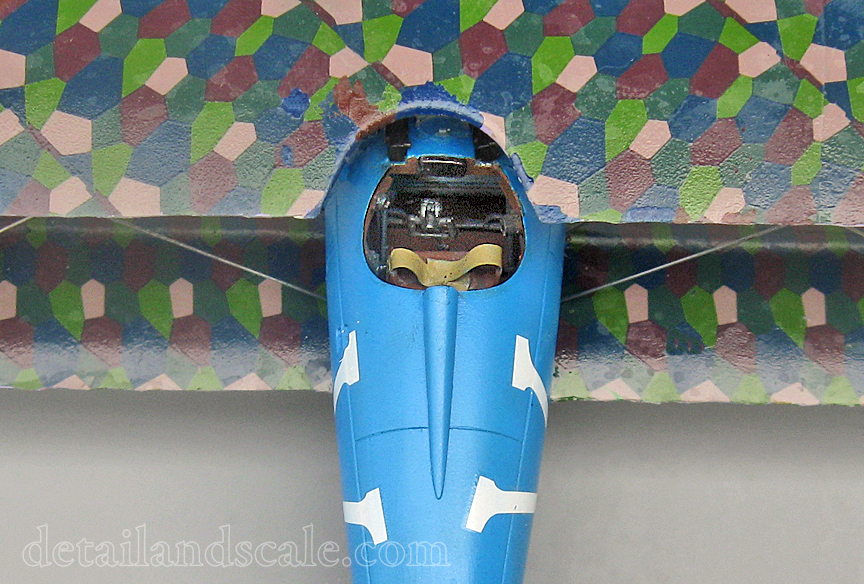 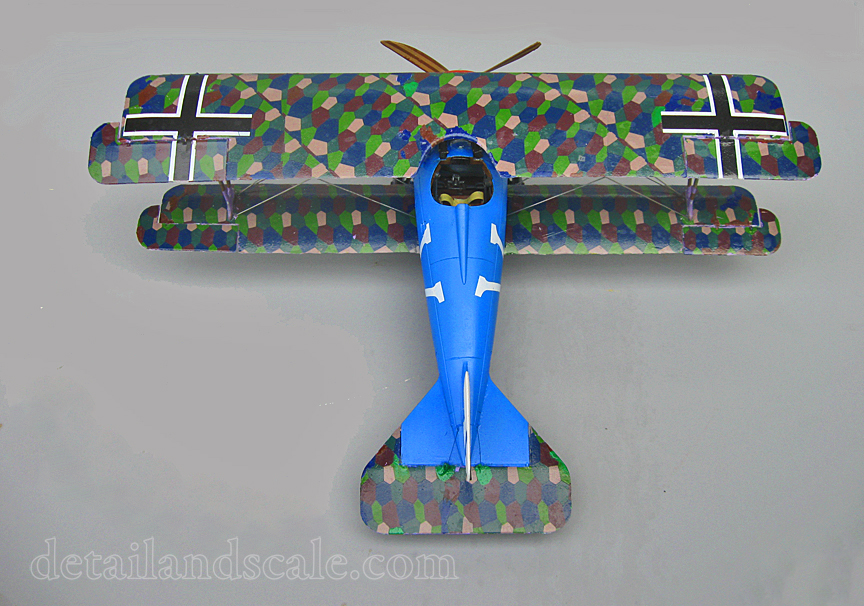 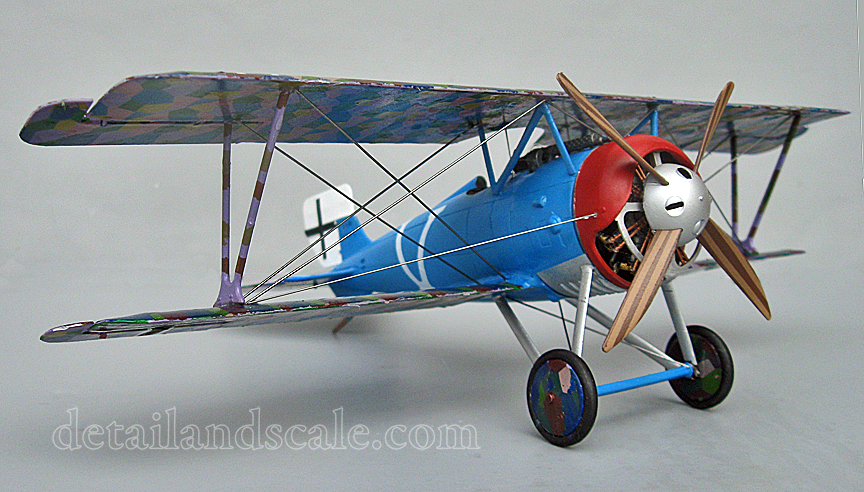 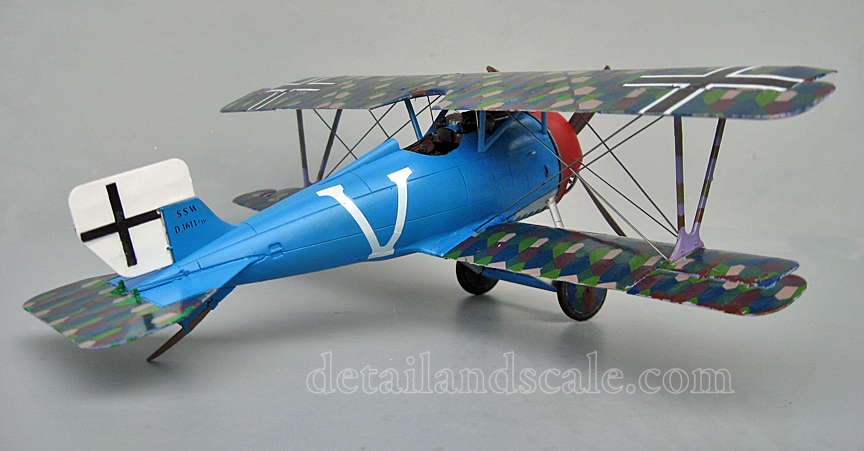 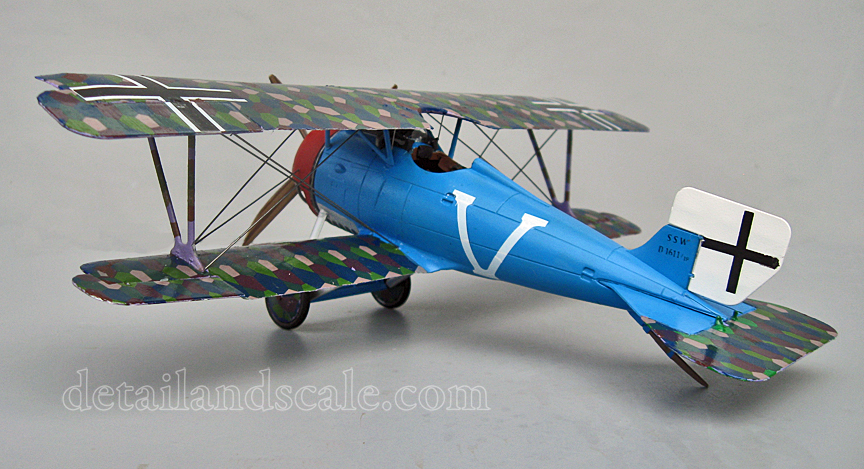