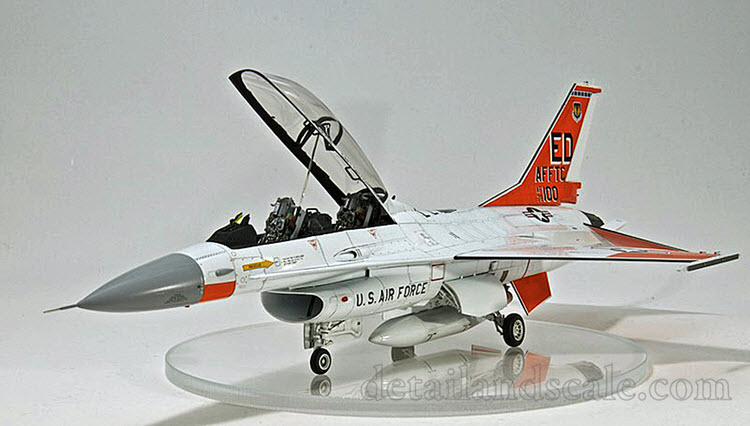 This is the Hasegawa F-16B in 1/48th scale back dated to an early Block 10.  This model has the small tailplanes and the vertical tail is missing the illumination spike about midway up.  I reduced the span of the tailplanes  by marking a line perpendicular to the kink in the trailing edge then cutting them with a razor saw.  I then sanded them to get a tapered trailing edge.  The spike on the vertical tail was cut off and the leading edge smoothed out. The aircraft is devoid of pylons and external stores except the centerline which carries the 150-gallon drop tank that is commonly seen on all two-seaters.

The cockpit was from the Black Box line and required some work to get it to fit properly, but it provides a significant improvement in the appearance of the model, so the extra work was well rewarded.  The exhaust is from Aires.  The interior was painted flat white then given a wash to highlight the interior.  The outside was given a coat of gloss black then various shades of Alclad were applied.

For the paint scheme I chose one of the Edwards AFB test aircraft for their attractive white, orange, and black schemes.  The decals came from Two Bobs and are commemorating a crew who were lost in this particular aircraft.  The model was painted with a custom mix of Tamiya gloss white and flat white.  The orange and black came from the Gunze aqueous line.  The paint was sealed with Future and then the decals were applied.  They went down well with just a little help from Micro Sol & Set. They were then sealed with Future and a very light oil wash was applied.  These aircraft were kept very clean so little weathering would be evident.

This model was built in 2003, and even today this kit holds up well when compared to the Kinetic 2 seater. 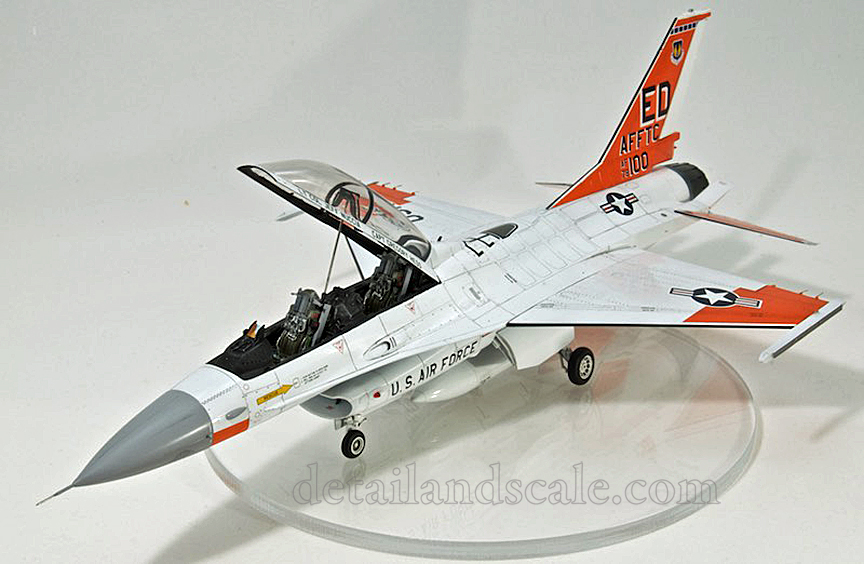 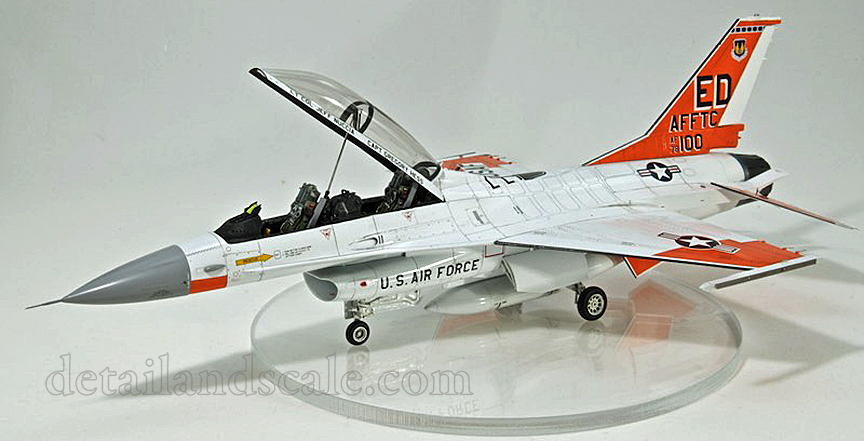 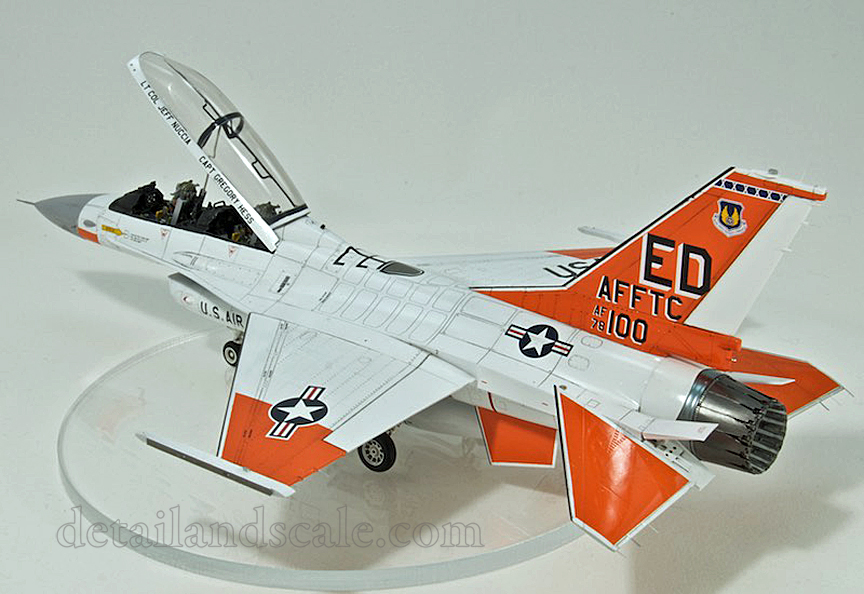 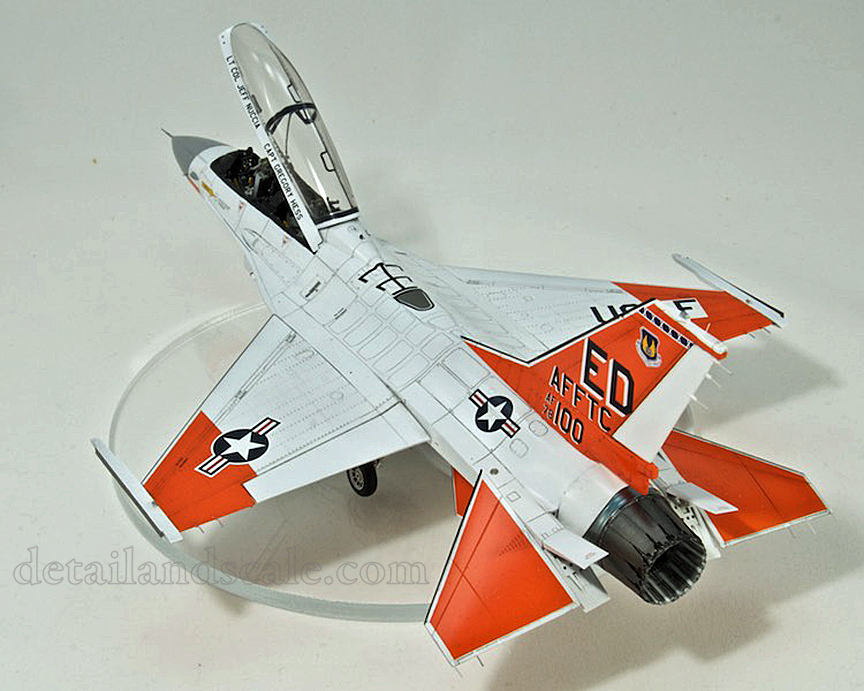 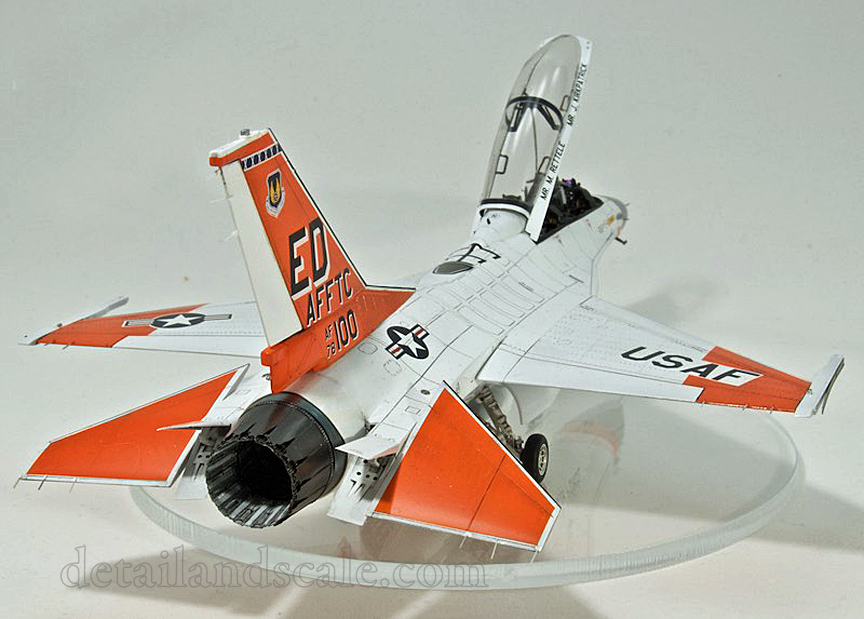 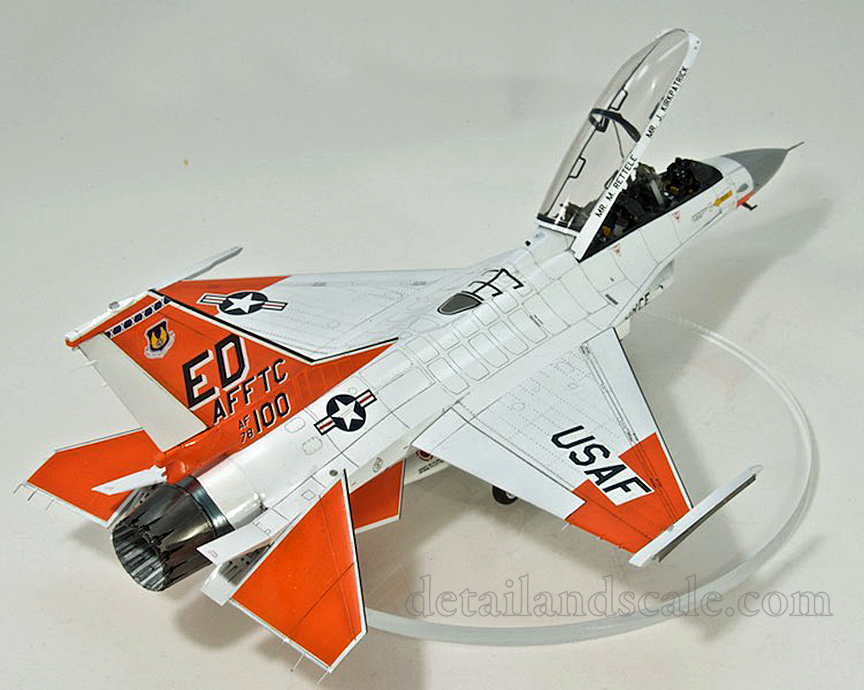 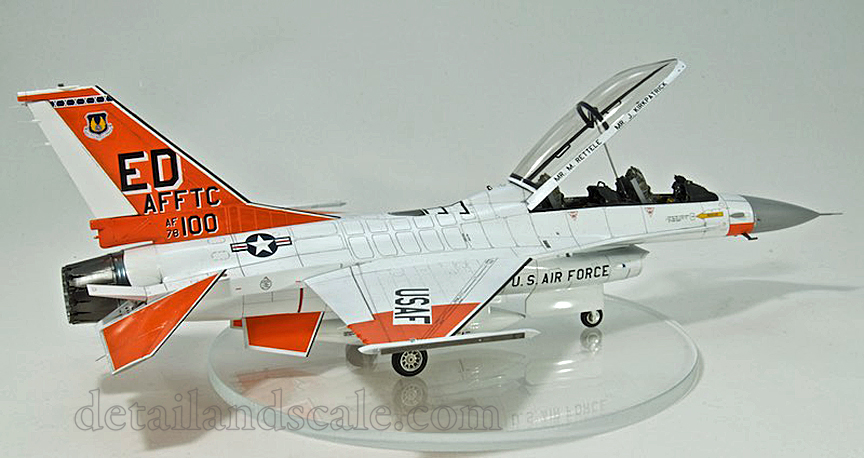 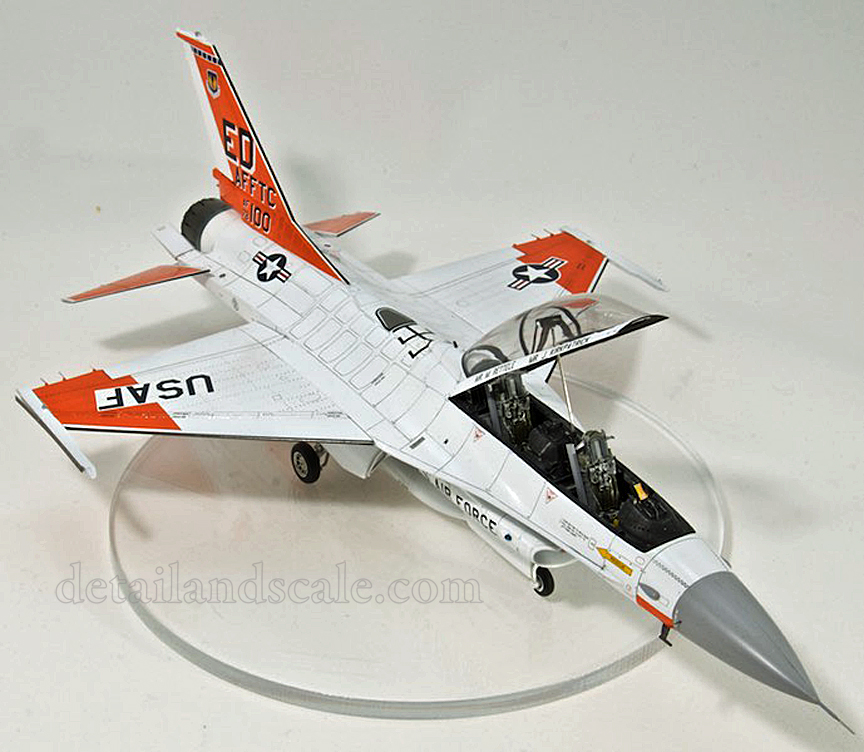 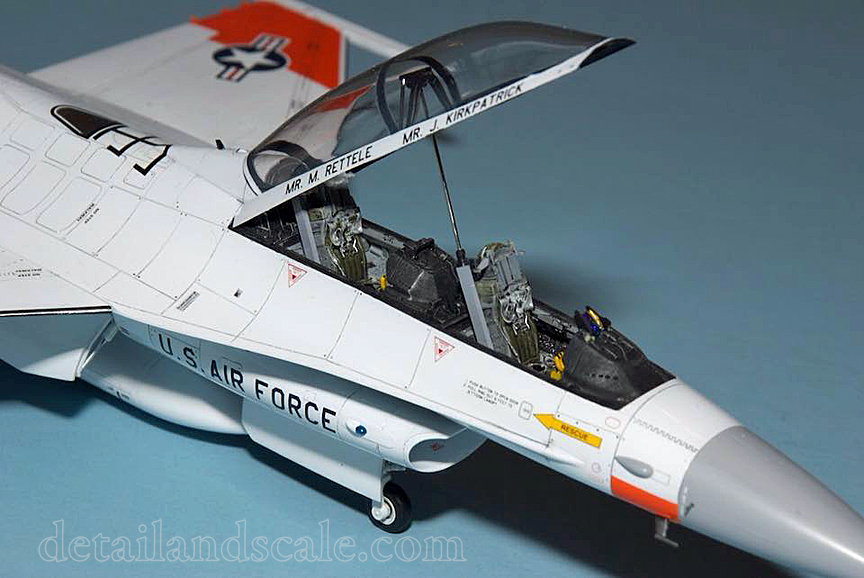 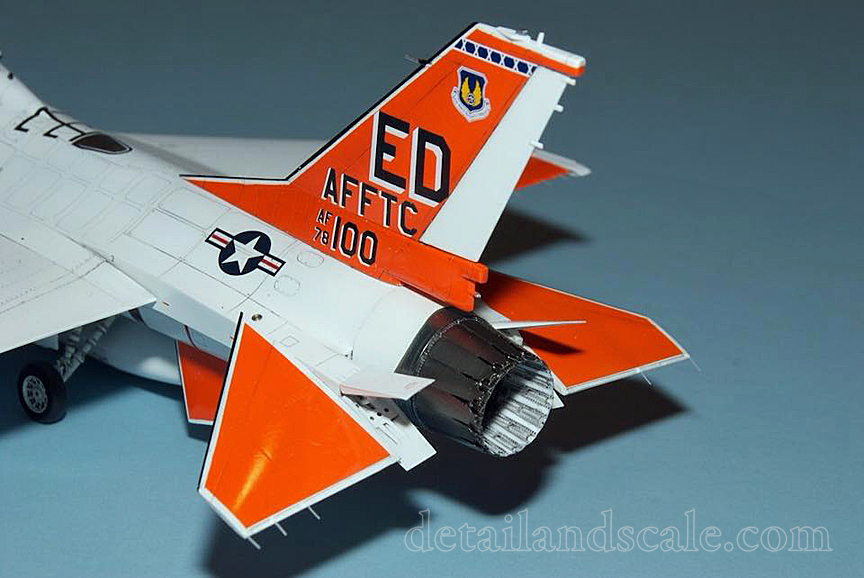 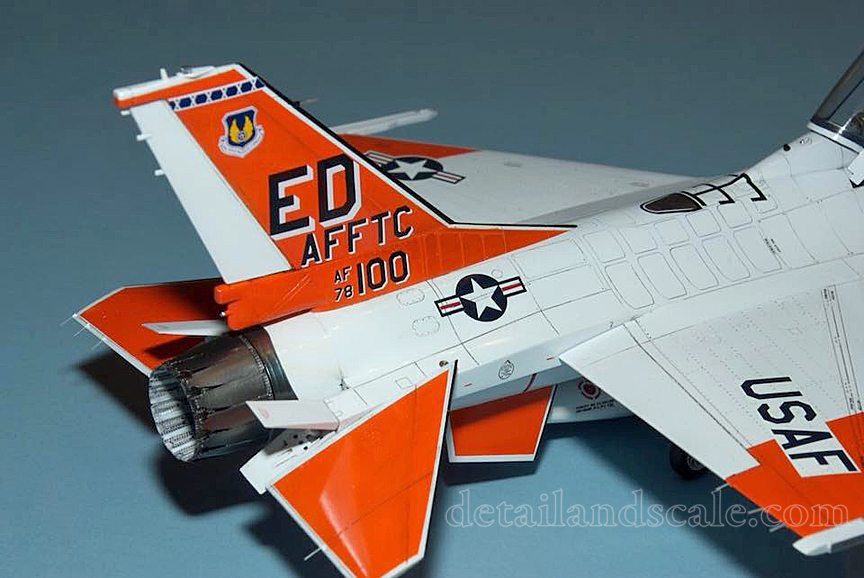 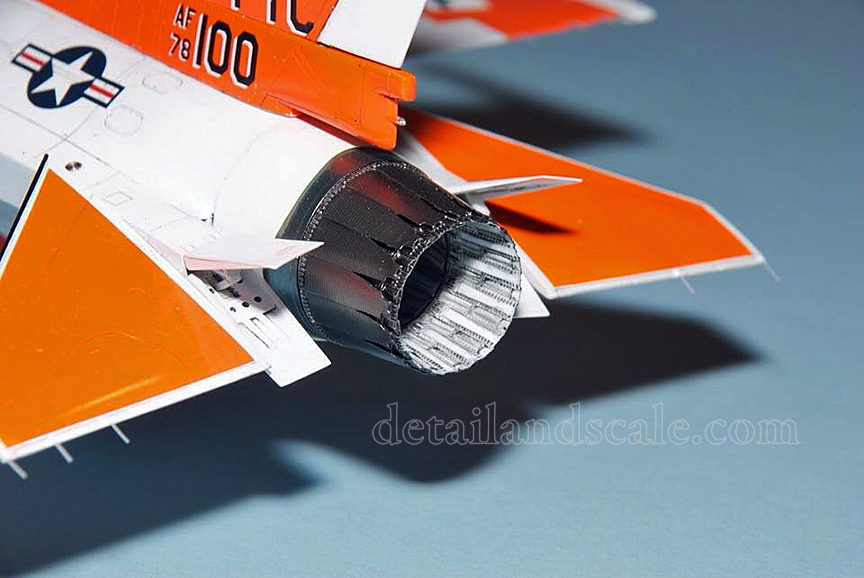