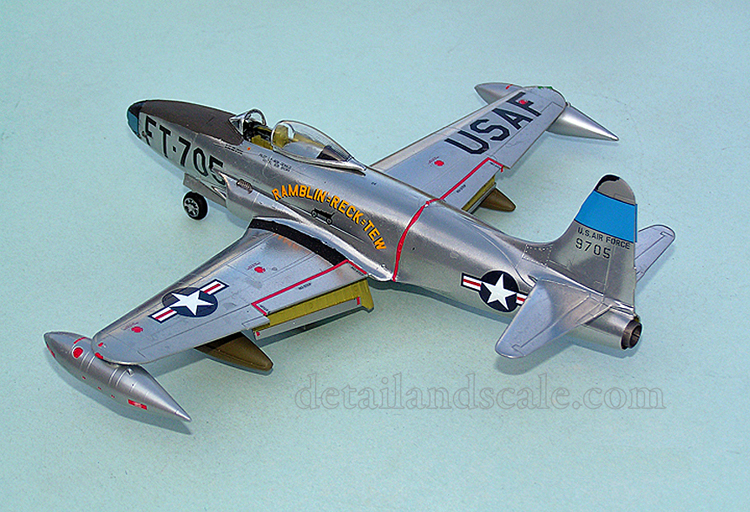 The Monogram F-80C Shooting Star in 1/48th scale comes from a time decades ago when operating features were the big thing.  As a result, some accuracy was sacrificed to provide an opening nose gun compartment door and a removable rear section that rests on a support rack to reveal the engine.  If the gun compartment door is fixed in the open position and some detail is added, a passable gun compartment can be displayed. If the door is closed, a lot of filling and sanding must be done to fill in the cracks and seams between it and the fuselage.

The canopy slides, allowing it to be moved between the open and closed position, but the pin holding it allows it to pivot side to side, so it is better fixed in the open or closed position as desired by the modeler.

When it comes to the removable tail section and engine, there is no detail whatsoever inside the hollow aft fuselage when it is displayed on the cart, so one has to position it so the opening cannot be seen. The engine is there, but it needs much added detail, and even then it does not look that much like the real thing.  If the model is built with the tail section joined to the fuselage, the fit between the two sections is terrible.  Bob had to spend many hours trying to fill and sand it to get the contours to match, then he had to coat  the seam with superglue and sand it again to allow the use of Alclad to duplicate the natural metal finish.

Aftermarket decals were used for the “Ramblin Reck Tew” markings.

With a lot of work, an “OK” model of the F-80C can be built, but the newer models by other manufacturers may be a better choice for an accurate F-80 Shooting Star. 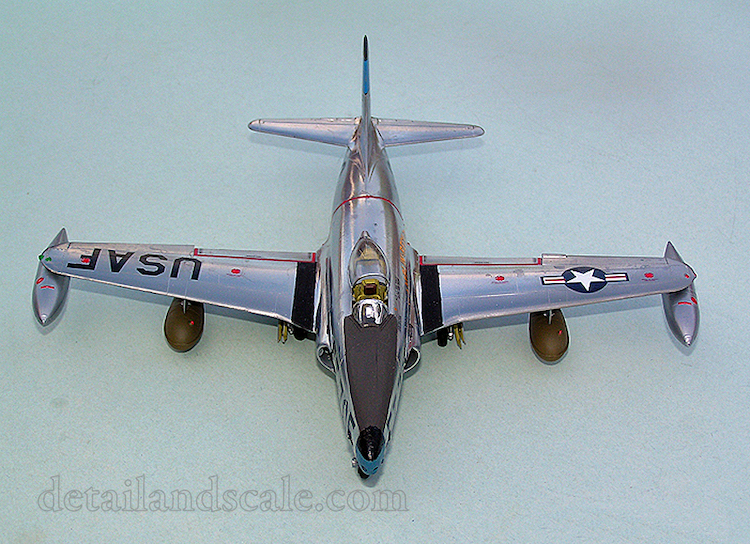 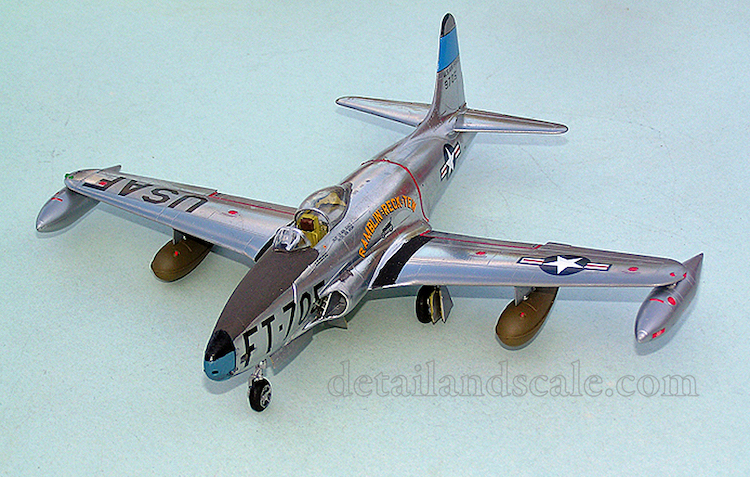 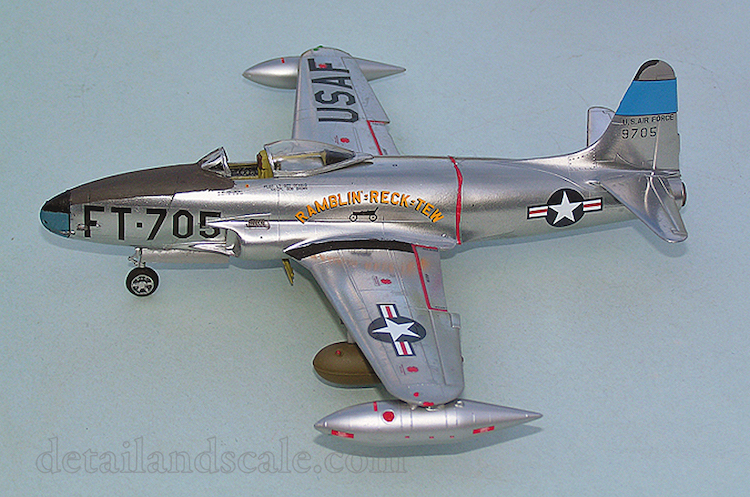 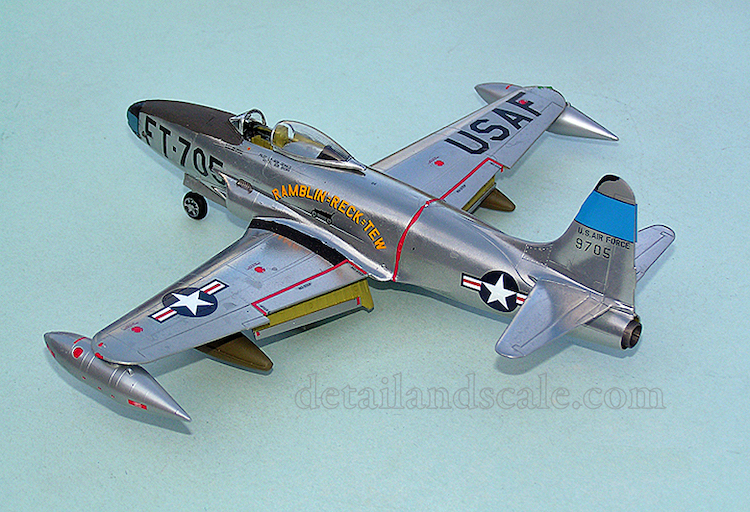 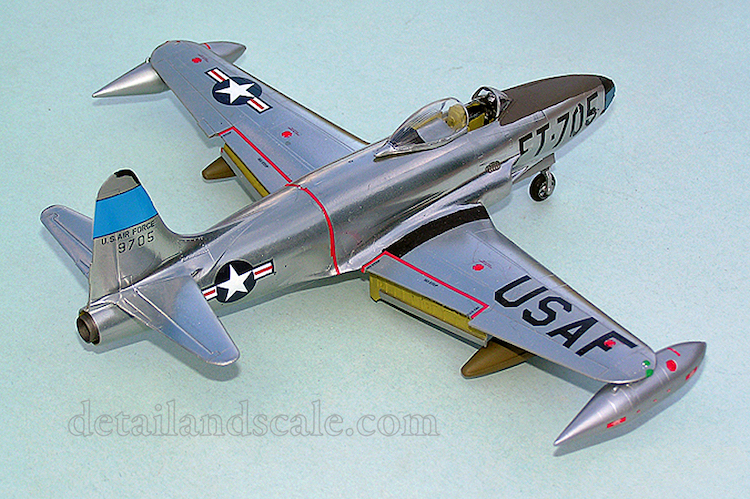 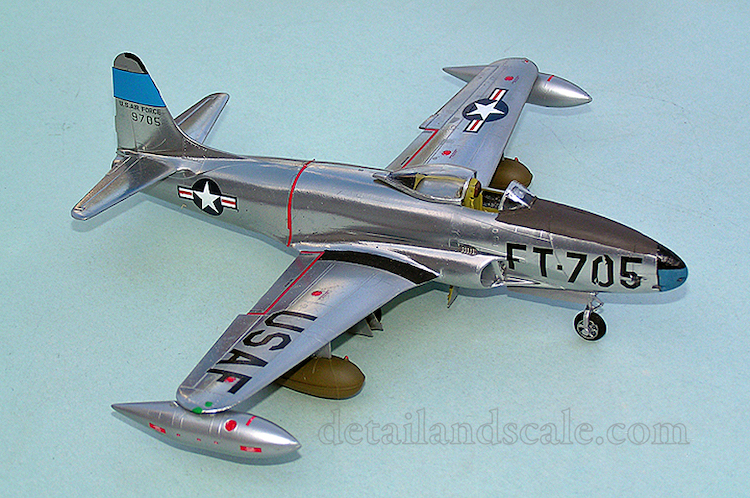