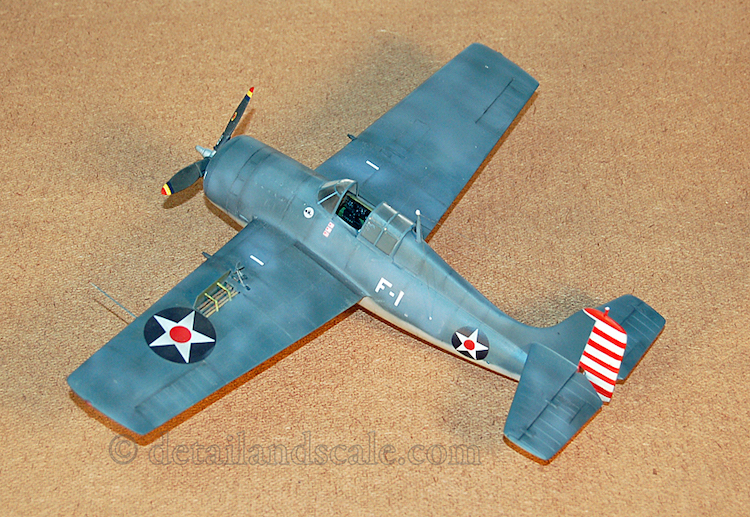 This is an old classic Revell 1/32nd scale F4F-4 Wildcat that I converted to an F4F-3 from the third production group of F4F-3s.  I originally finished it in the markings of an F4F-3 from VF-3 that was flown briefly by Lt. Edward “Butch” O’Hare, but I more recently changed the markings to those of an F4F-3 flown by Lt. Cdr. John S. “Jimmy” Thach when he commanded VF-3.  Photos of Thach in this aircraft, and a video of him flying it, exist that are dated April 1942.  VF-3 upgraded to the F4F-4 the following month.

In addition to converting the model to an F4F-3 with the non-folding wings and only four machine guns, I also opened up the ammunition bays for the guns in the left wing.  One mistake I made was to put shoulder harnesses on the seat.  Wildcats did not have shoulder harnesses in April 1942, although they were added soon thereafter.

For a kit that was originally issued in the 1970s, this is not a bad kit, although it falls well short of today’s kits.  It’s nostalgic, and it remains one of my favorite builds from more than forty years ago. 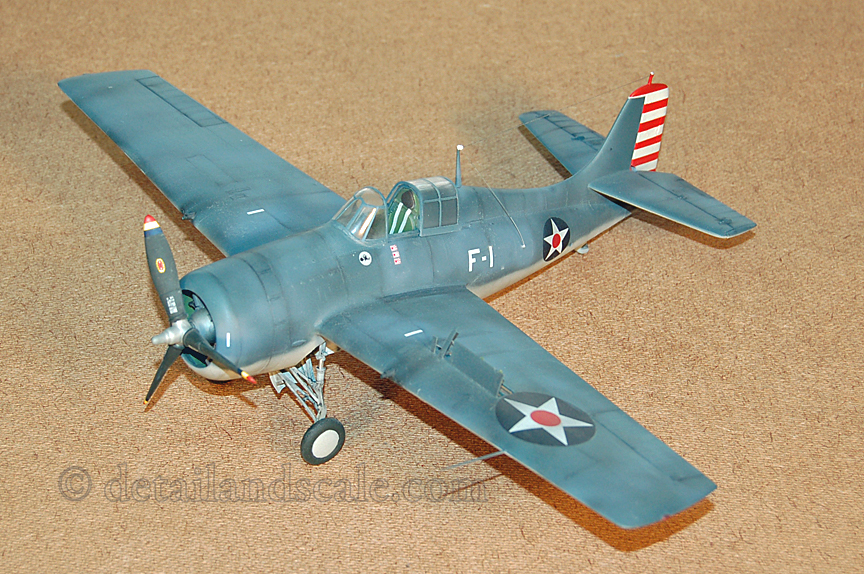 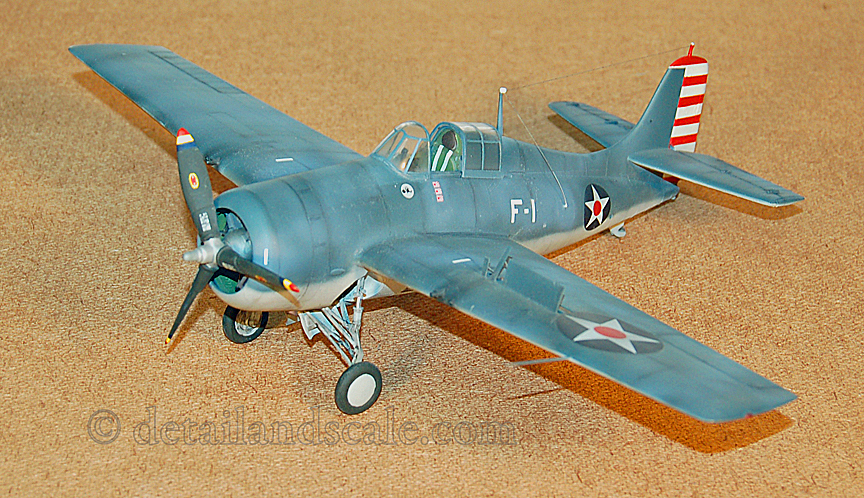 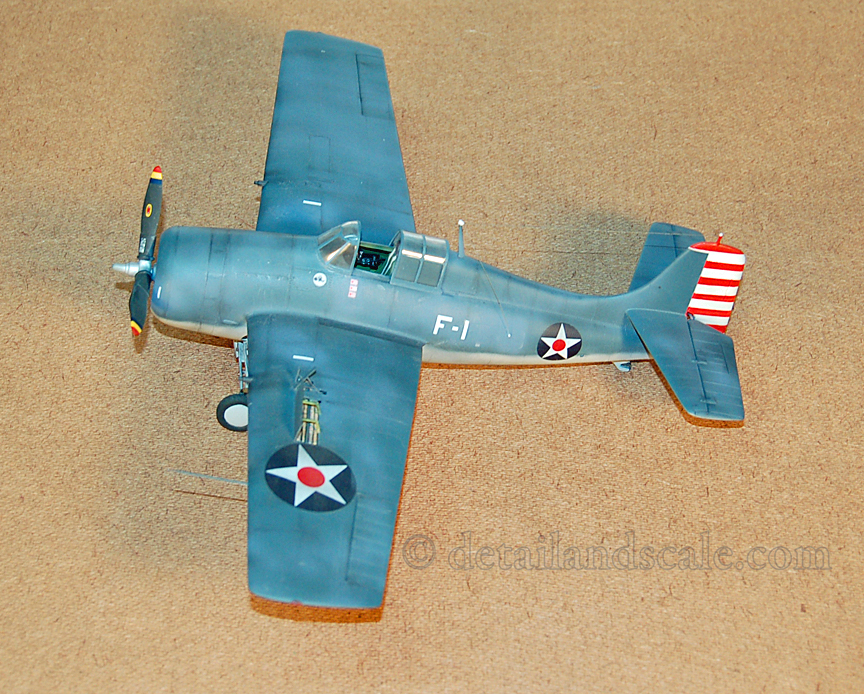 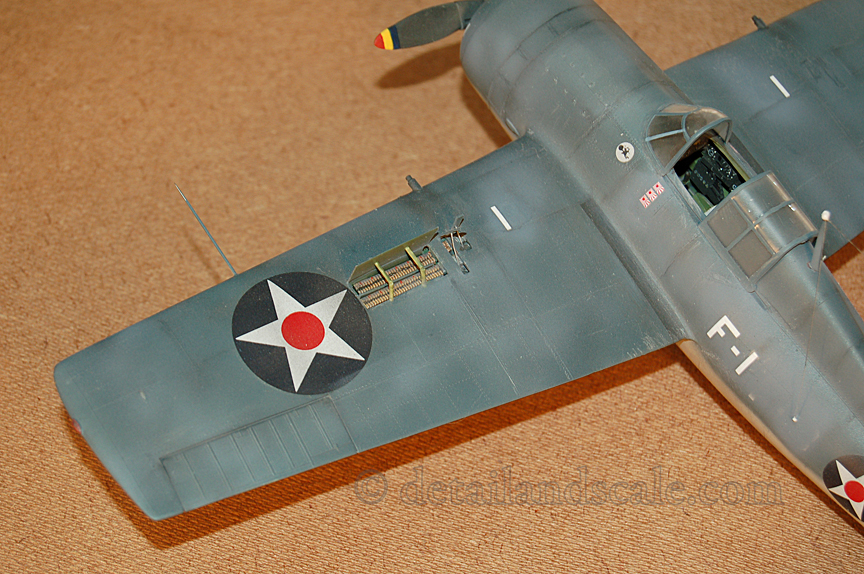 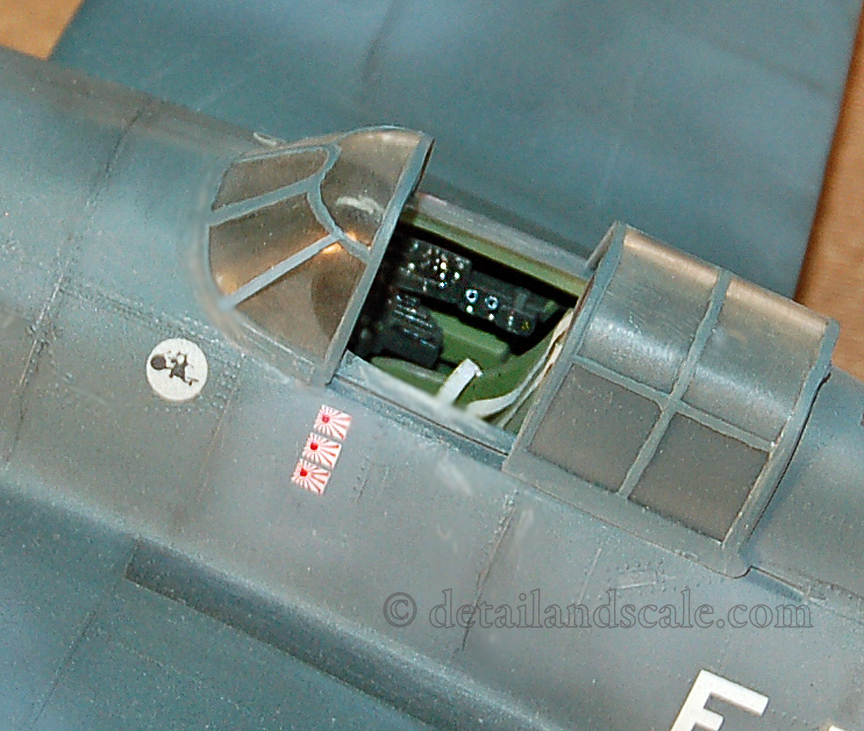 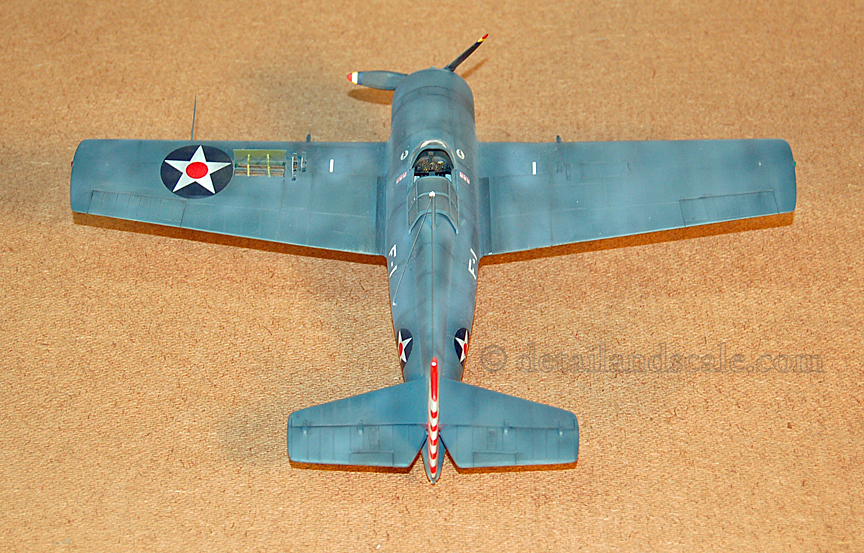 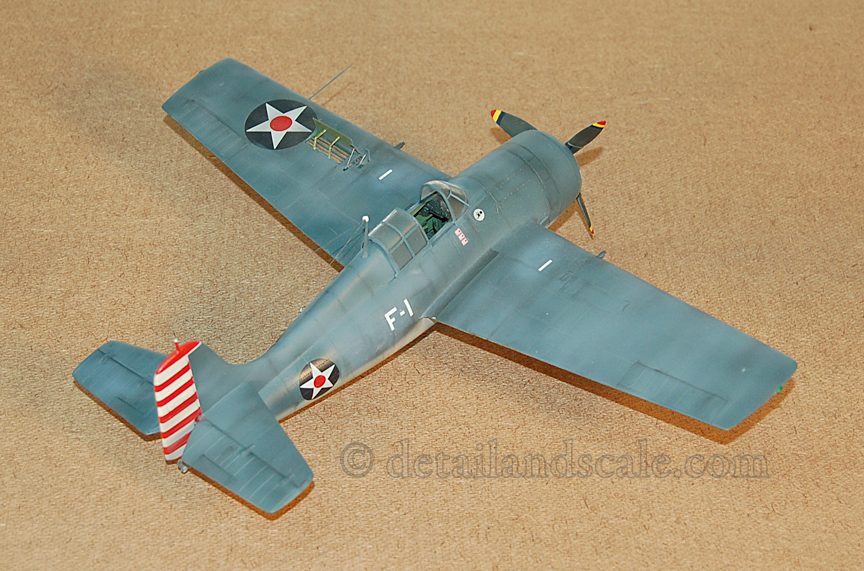 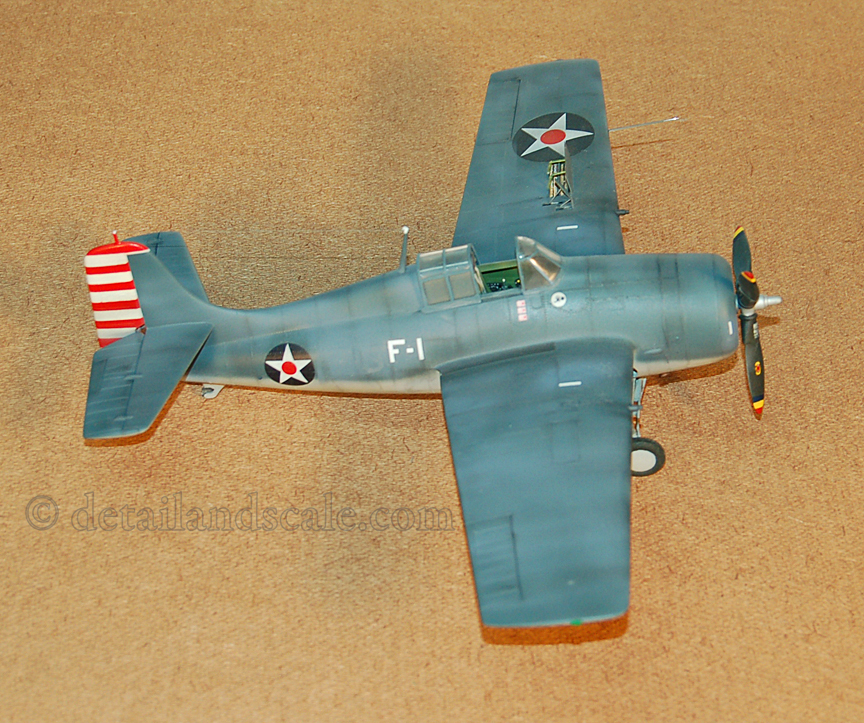 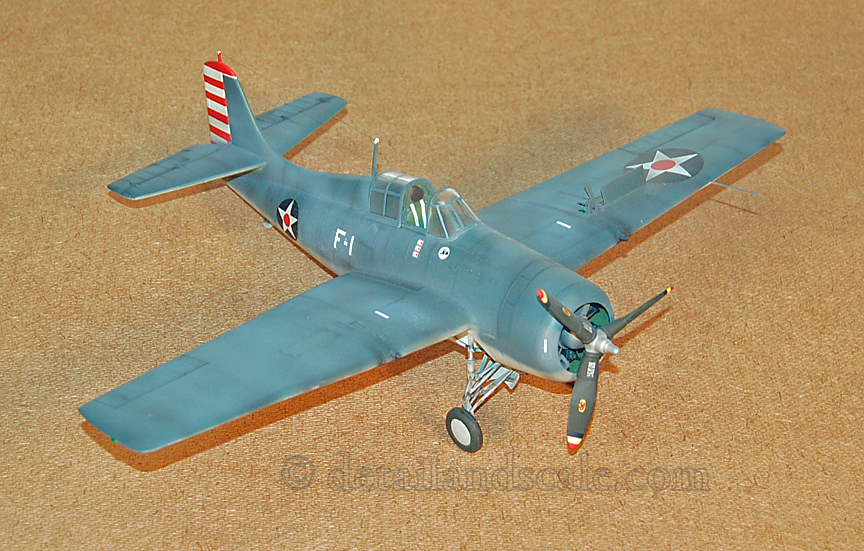 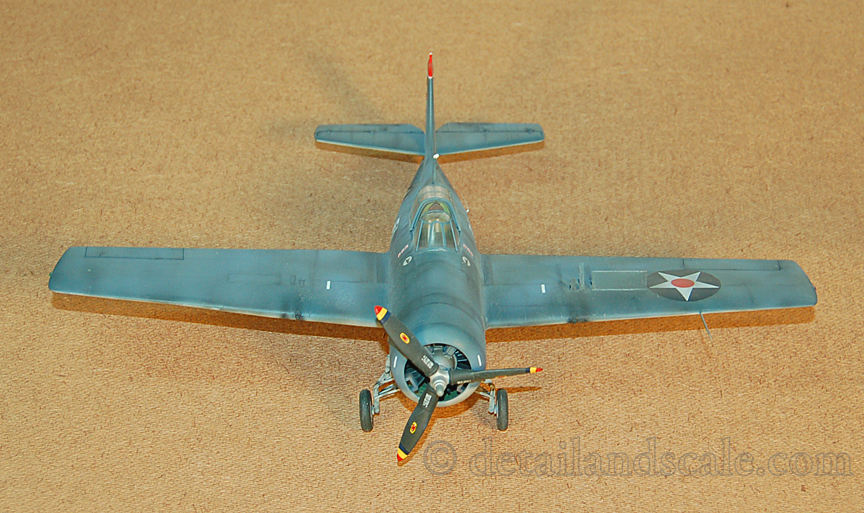 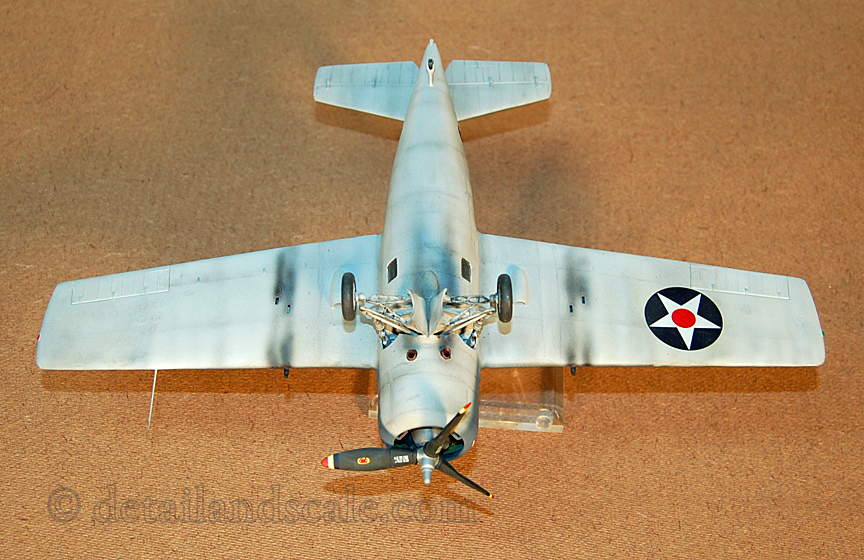 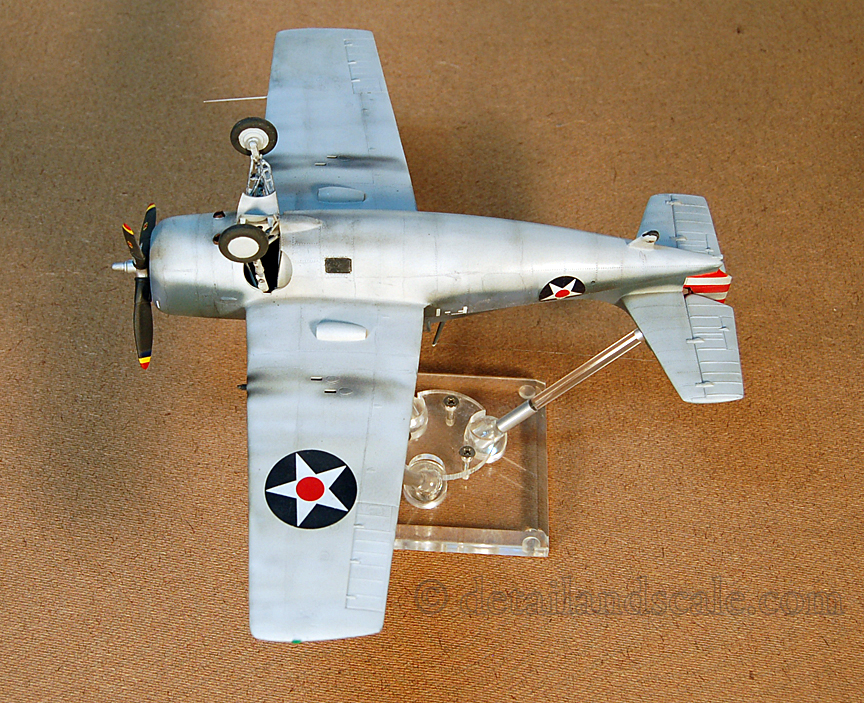 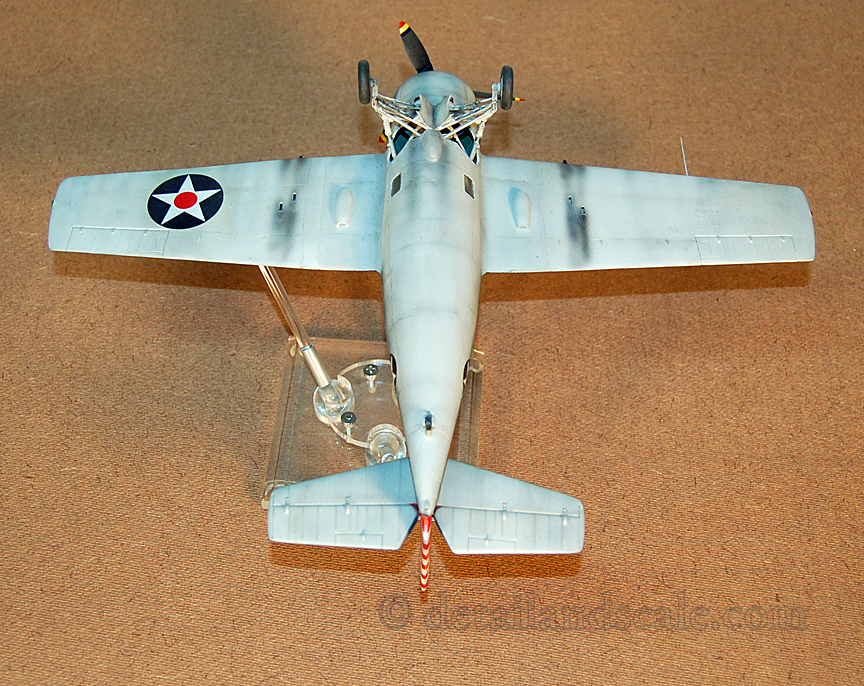 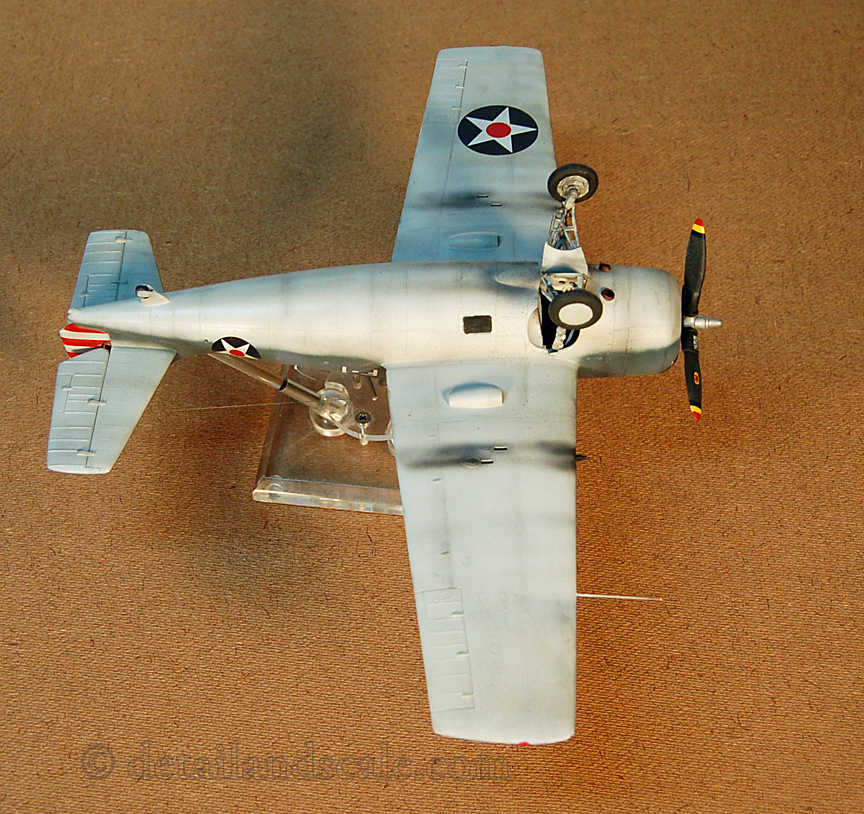