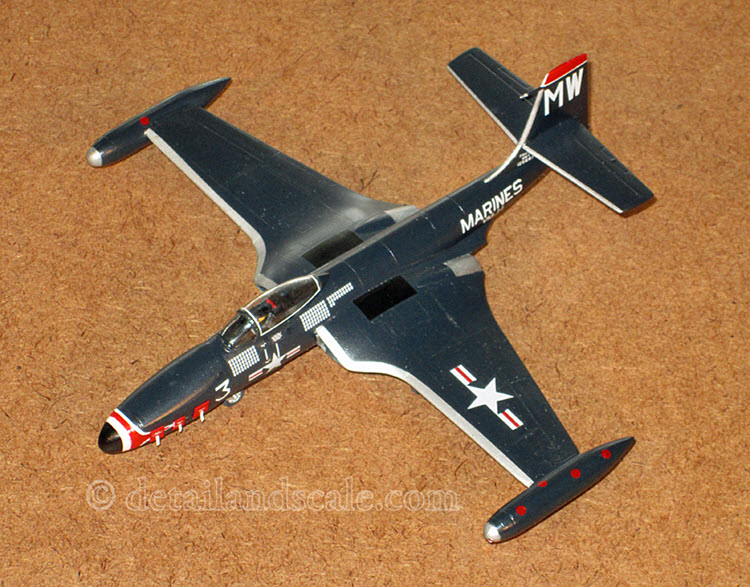 This model was built for a review in our digital publication, F2H Banshee in Detail & Scale, Part 1, Prototypes Through F2H-2 Variants.  A very extensive review of the kit appears in the Modelers Section of that e-book.

Airfix first released this model in 1980, and since then it has been re-released by USAirfix, MPC, and the parent company several times.  In each case, the plastic was always the same, and options were provided to build the F2H-2 fighter and the F2H-2P photo-reconnaissance variant.  To build the F2H-2P, the standard fighter nose had to be cut off of the fuselage halves, and the two-piece camera nose was then added in its place.  This is what we have done to build this model.

The kit is generally accurate in shape and dimensions, but it suffers from a lack of detailing.  The cockpit is very simplistic and basic, and there is very little depth to the landing gear wells.  This means that the gear struts, braces, and linkages are either missing or overly simplified, because there are no wells to put them in.

The camera windows for the F2H-2P are simply lines scribed into the blue plastic.  No clear parts are provided.  While the windows could simply be painted black, we chose to make protective covers for them using very thin plastic card.  These covers were often on the aircraft when it was on the ground, and they added color to the model.  This solved the problem of having windows that were painted on the model.

Fit is poor in places, especially where the wings join the fuselage, and a fair amount of filling and sanding was required.  This removed a lot of the raised panel lines, so we rescribed them before painting the model.

Our review model was built basically from the box except that we used one of the options on the Sword F2H-2P decal sheet that provides markings for aircraft number 3 from VMJ-1 during the Korean War. 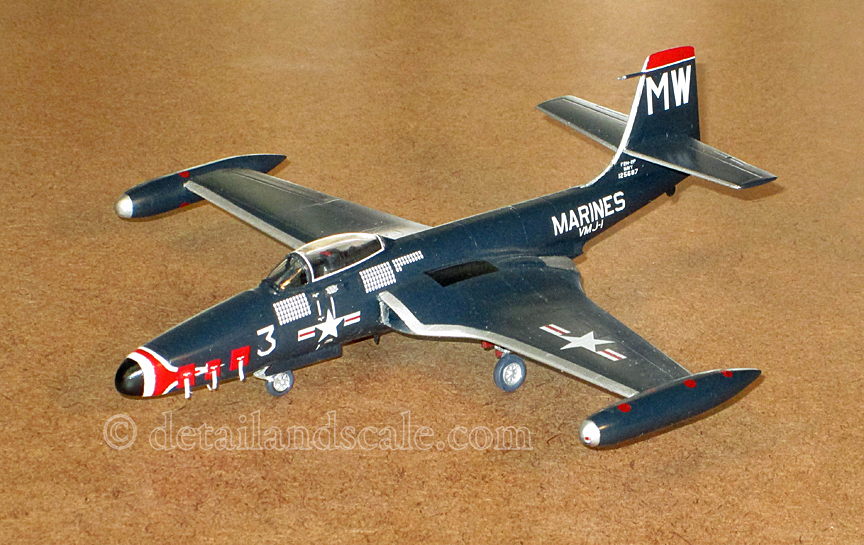 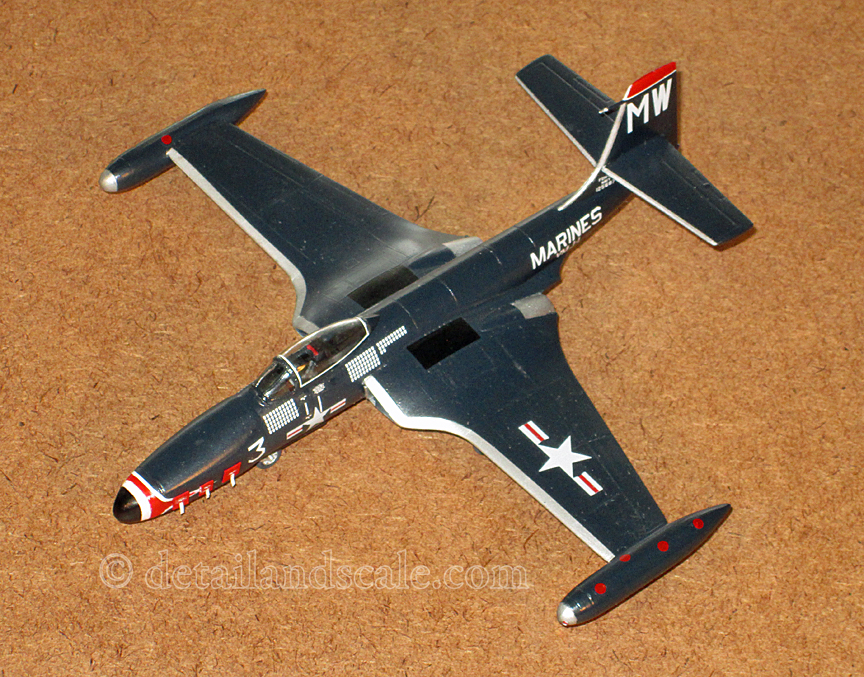 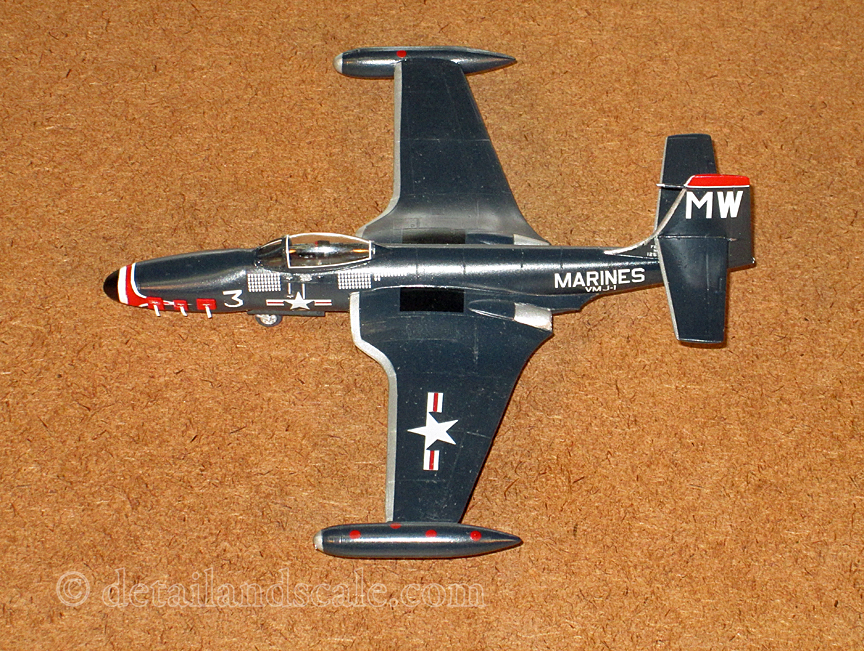 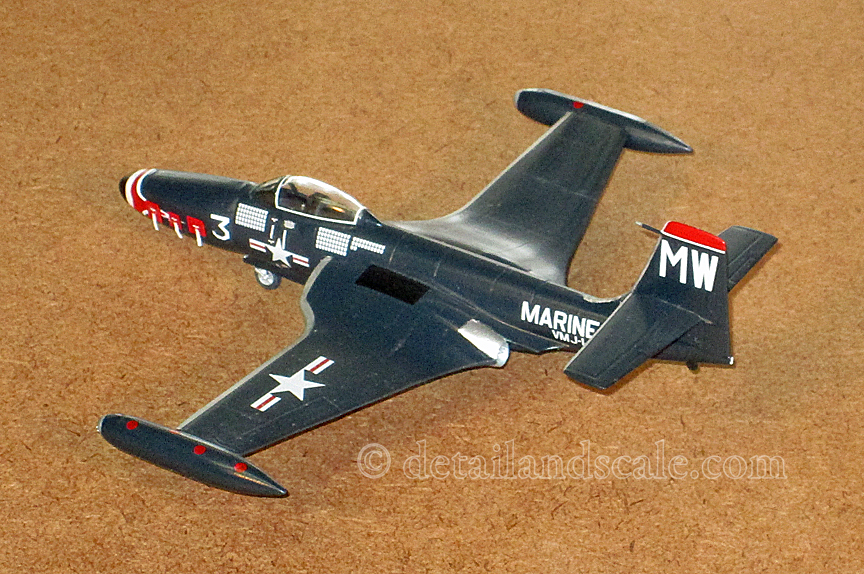 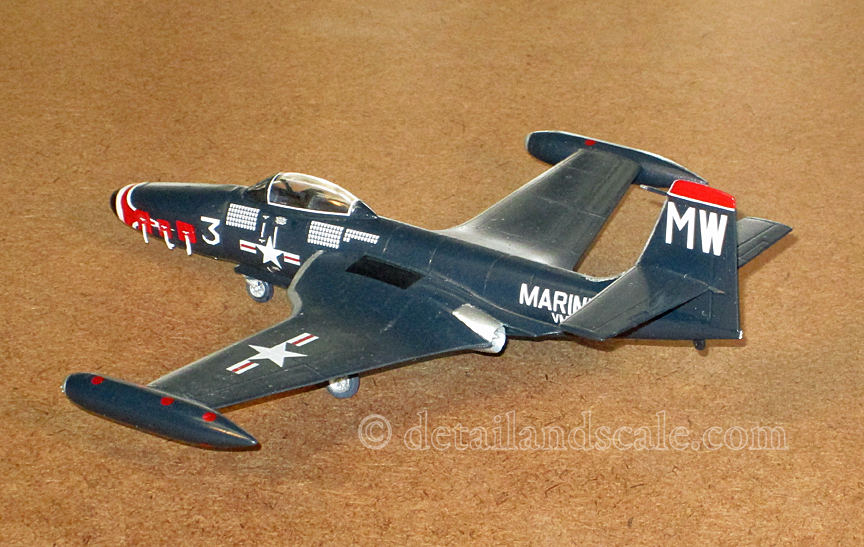 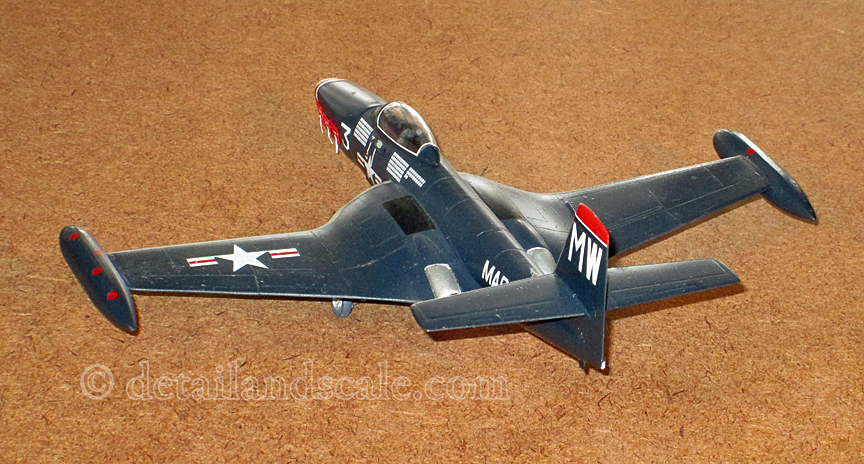 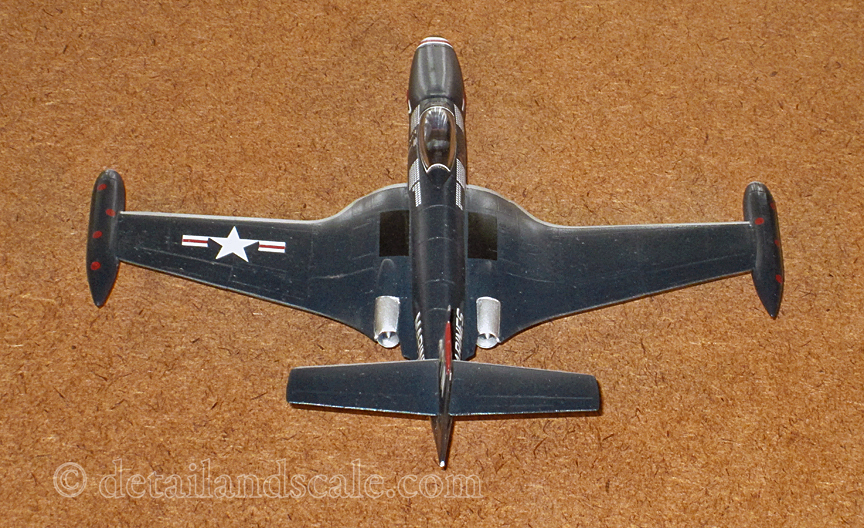 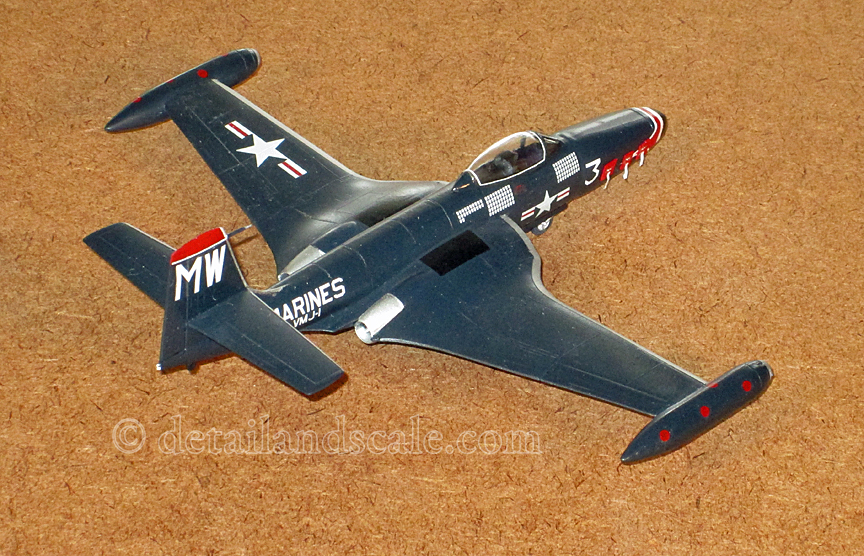 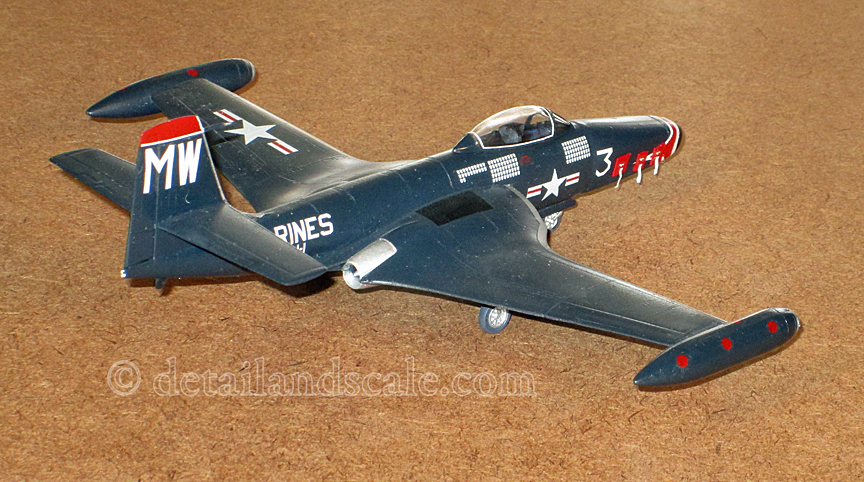 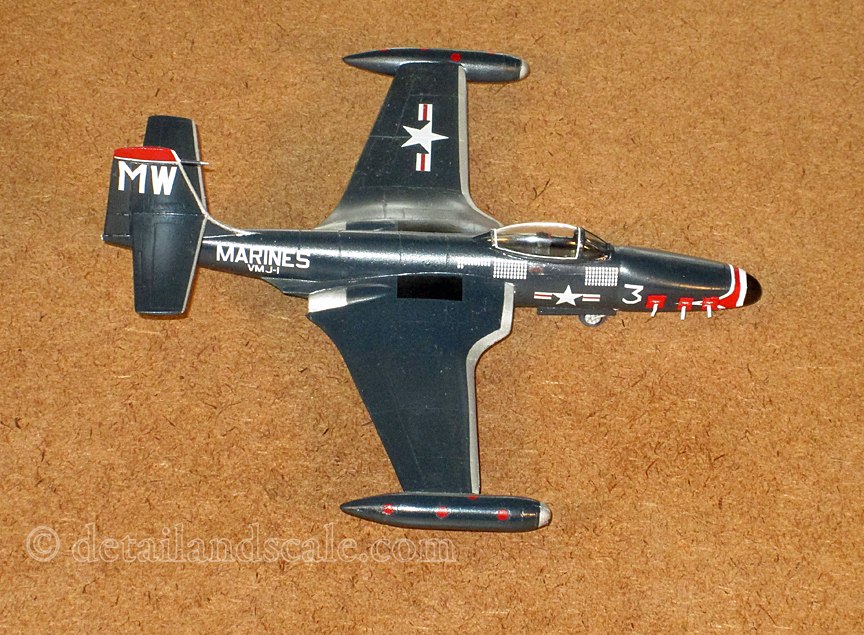 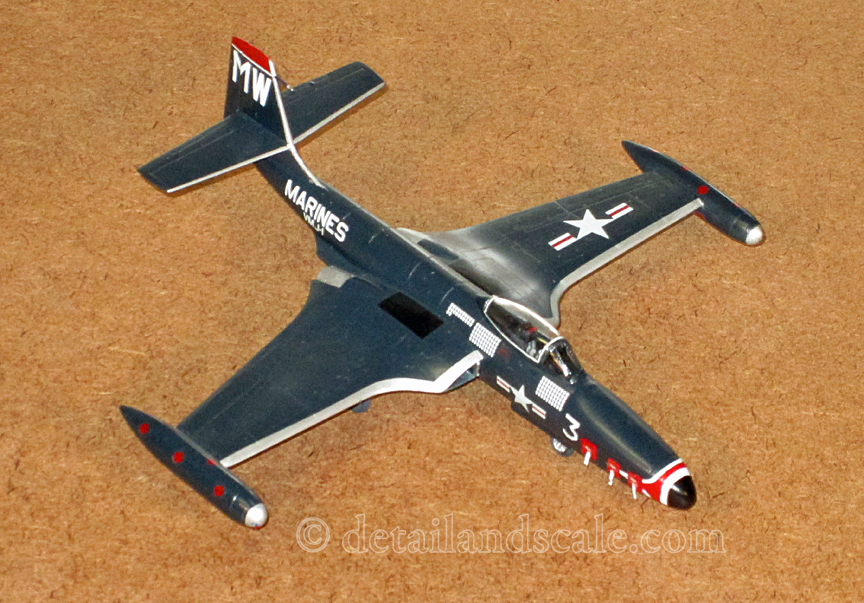 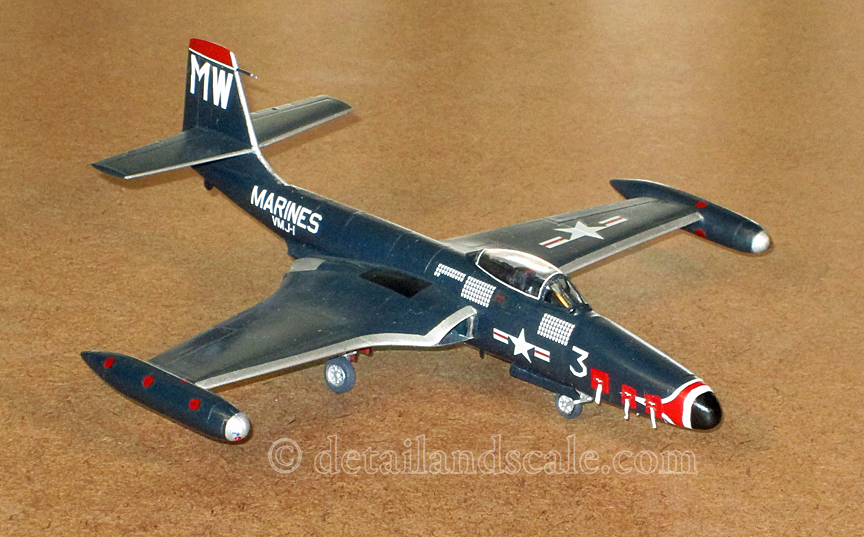 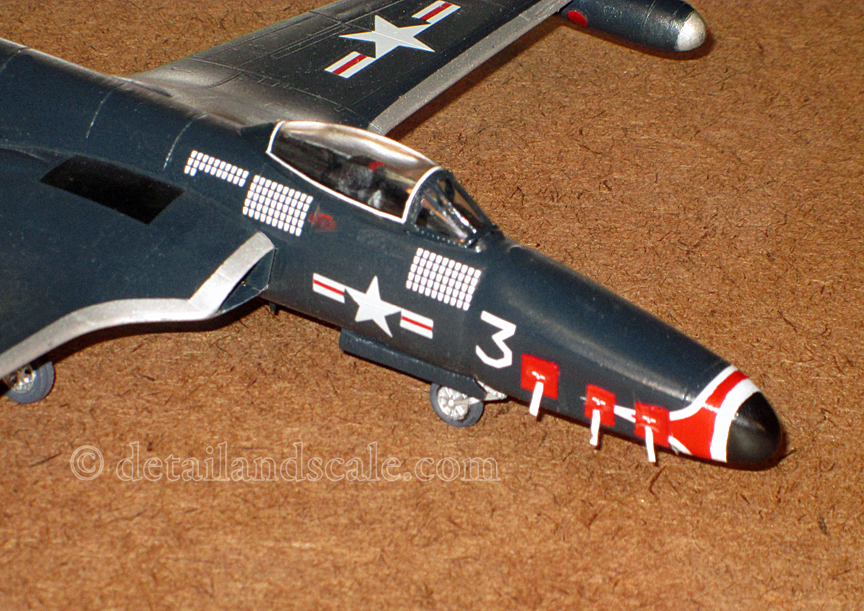 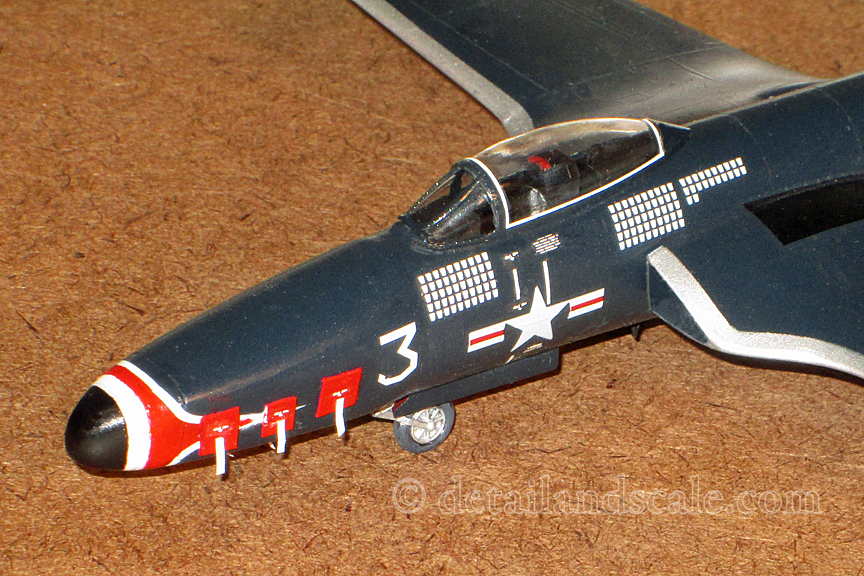 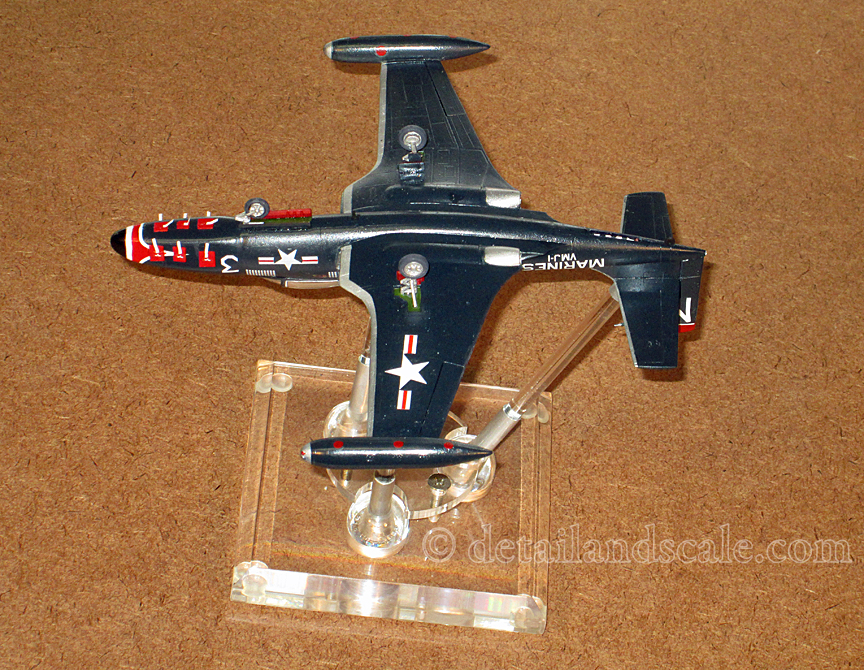 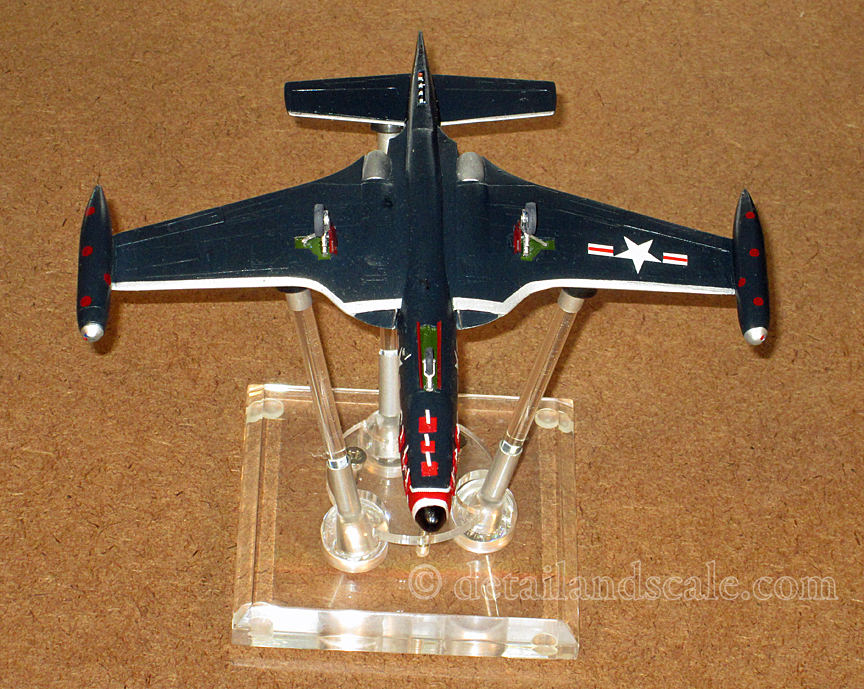