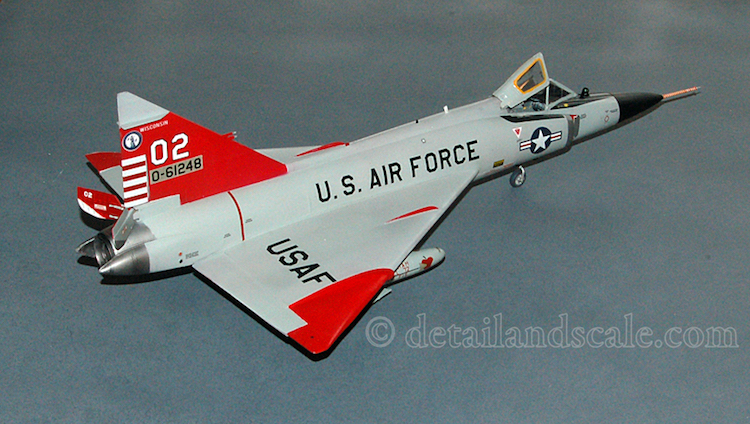 This kit of the F-102A Delta Dagger in 1/48th Scale was originally released by Monogram in 1990, and it has been issued several times since then under the ProModeler and Revell labels.  A limited run release by Encore added resin and photoetched metal detailing parts.

This particular build was done using the extensive decal sheet provided in the Revell release of March 2017.  An F-102A from the Wisconsin Air National Guard’s team at the William Tell Weapons Meet in 1972 was chosen as the colorful subject.  The other option on the sheet is for a New York Air National Guard F-102A in Southeast Asia camouflage.  The decal sheet features full stenciling for the F-102A.

The model was built strictly out of the box.  The option to display the weapons bay doors in the closed position was chosen, but parts are provided to build the doors open and to show the interior of the weapons bay complete with six Falcon missiles.

The build of this particular model was used to review the kit for F-102 Delta Dagger in Detail & Scale, and a complete review of the kit can be found in the Modelers Section of that book. 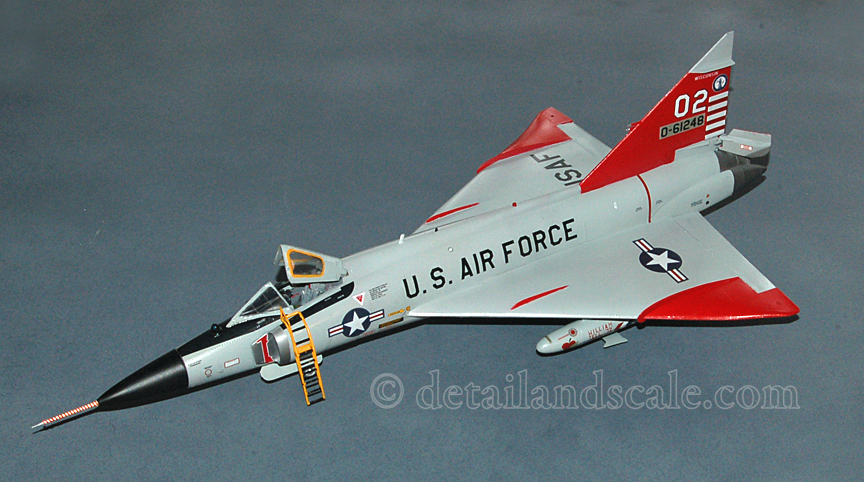 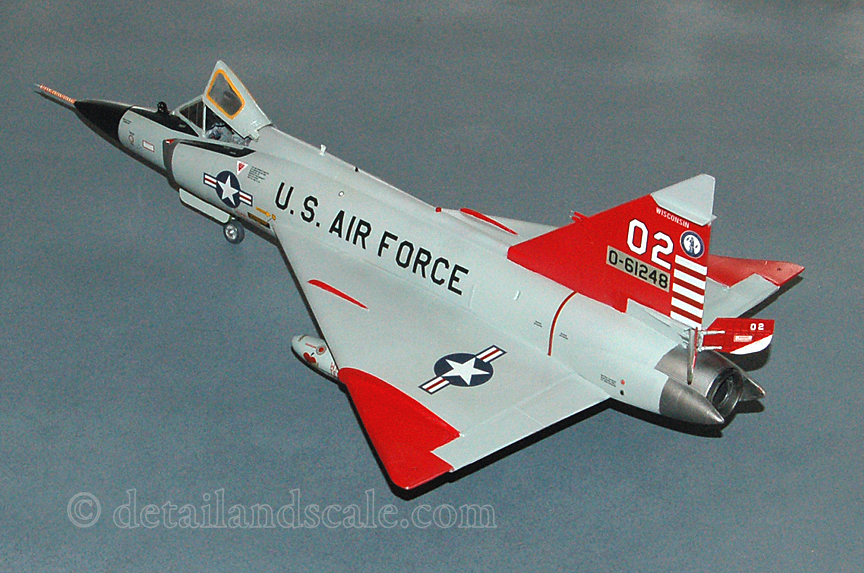 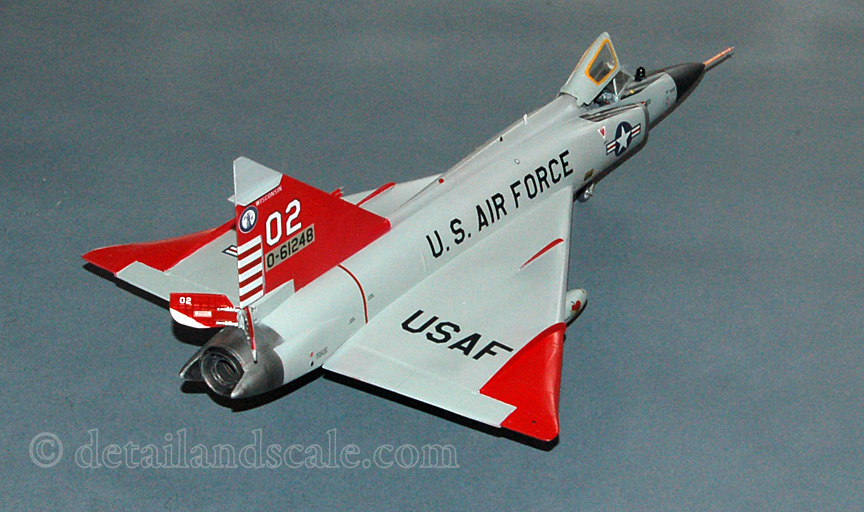 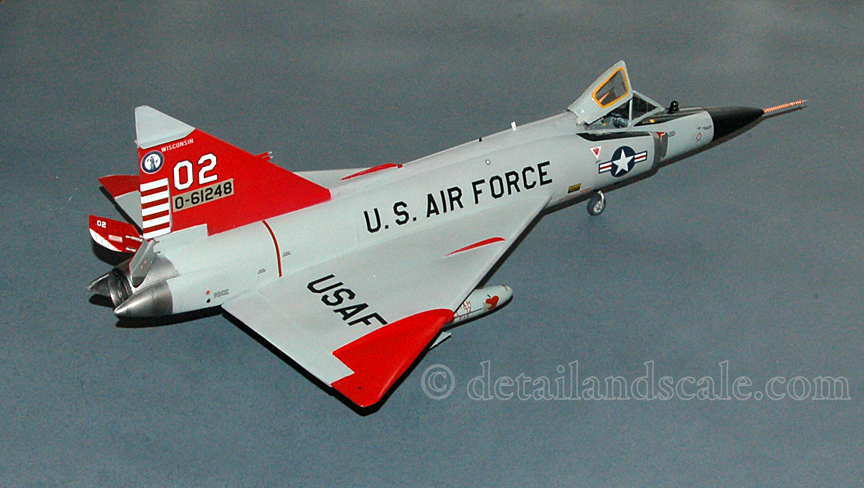 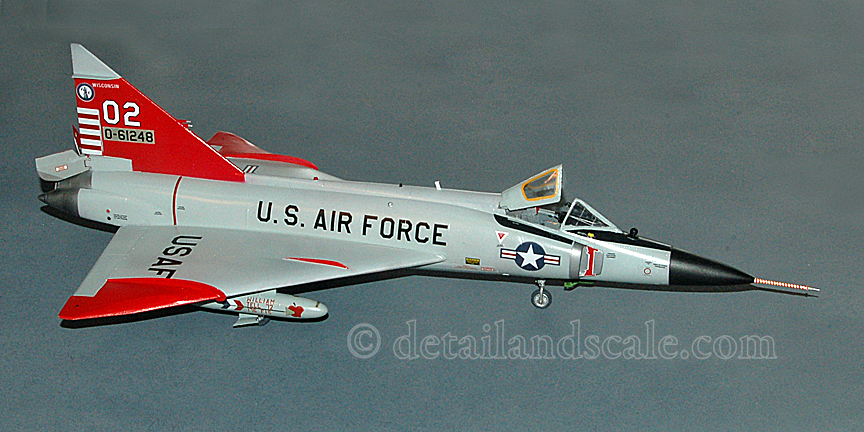 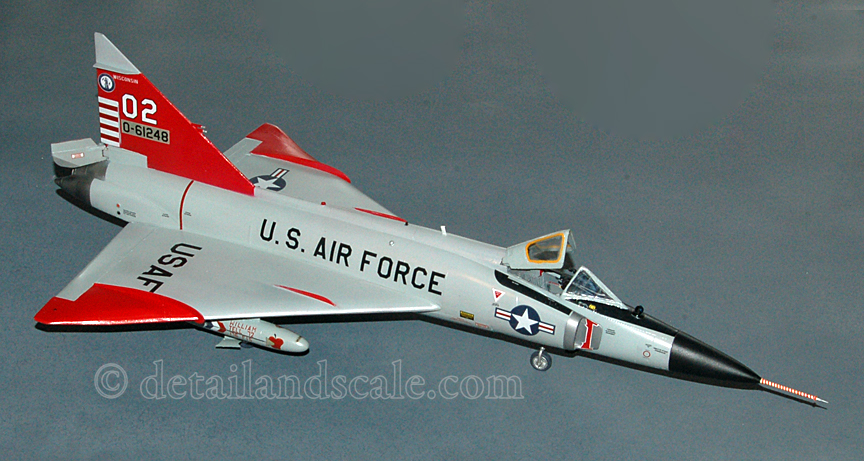 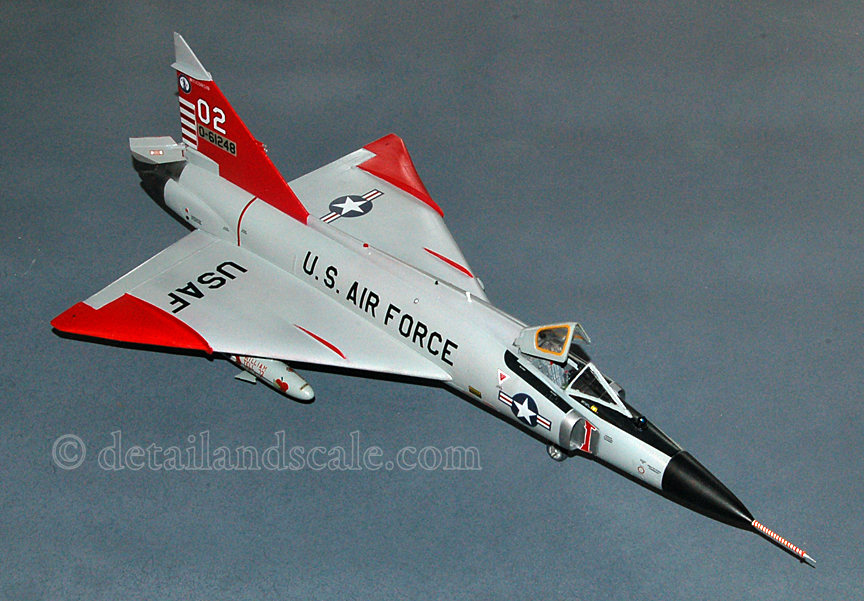 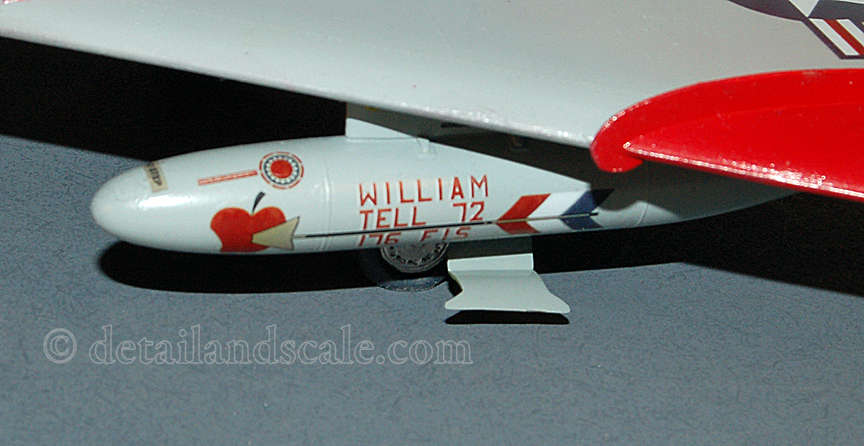 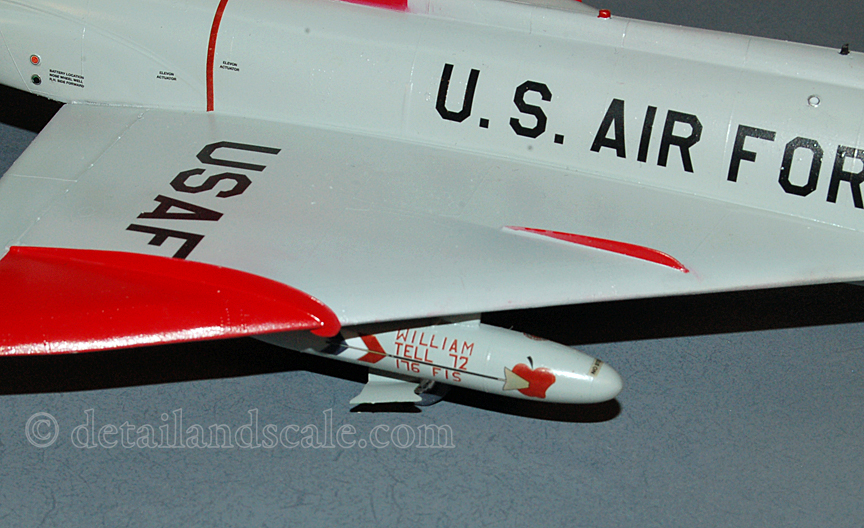 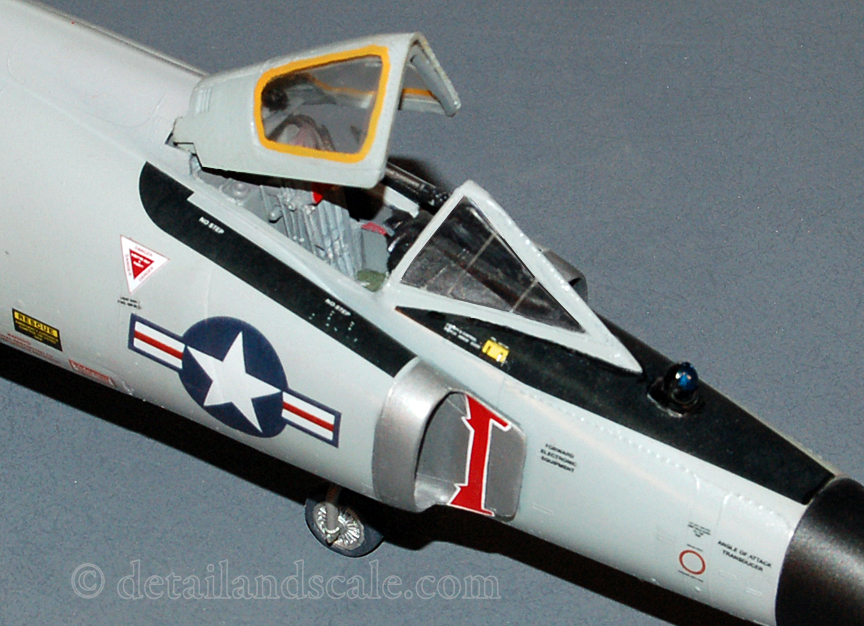 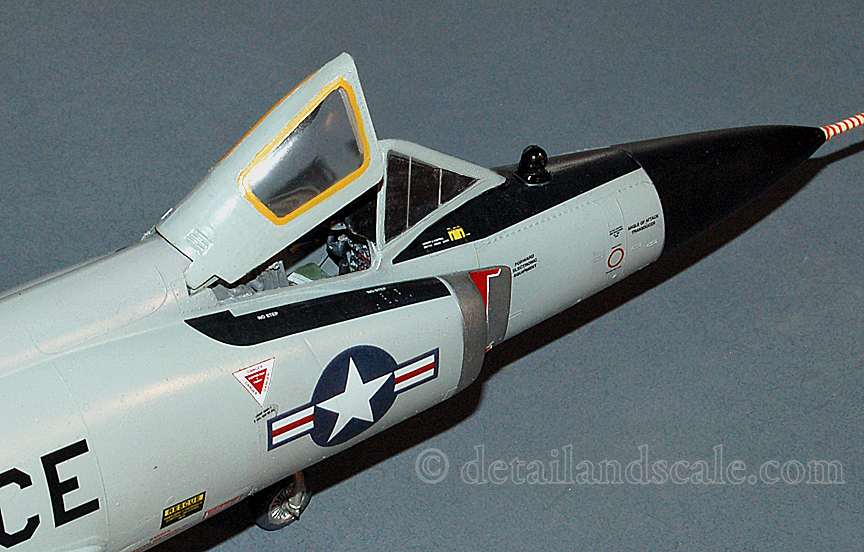 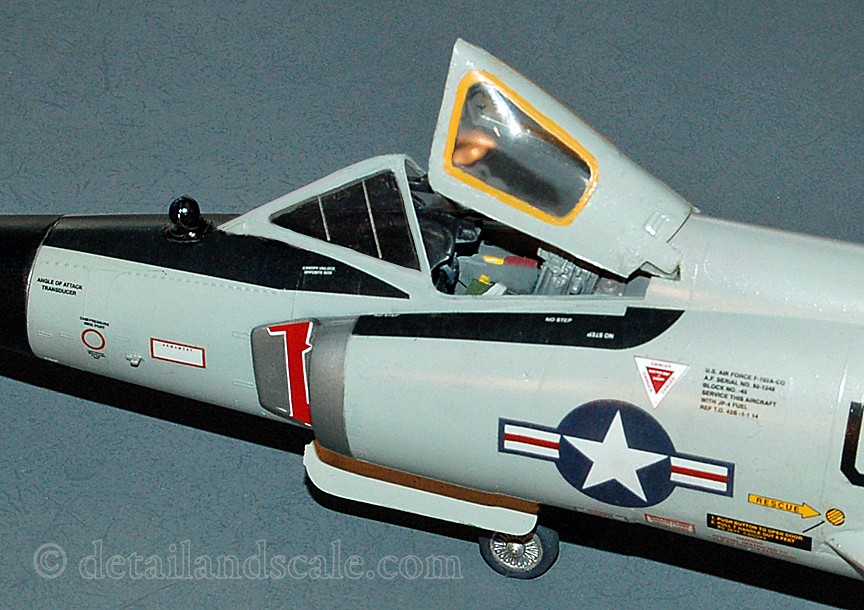 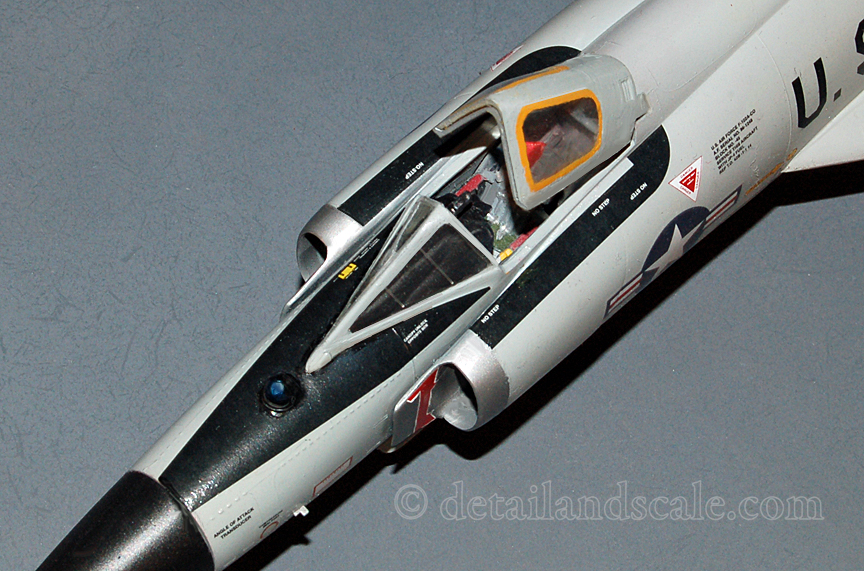 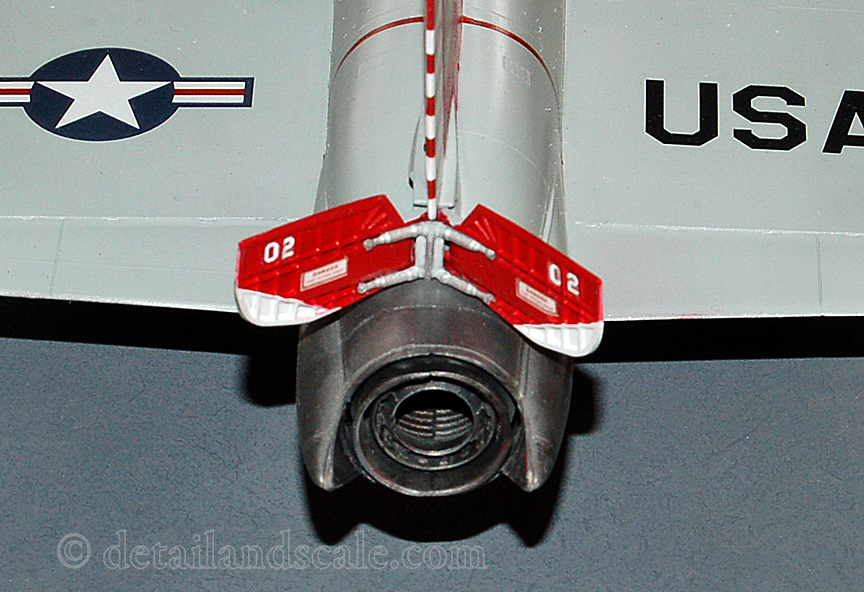 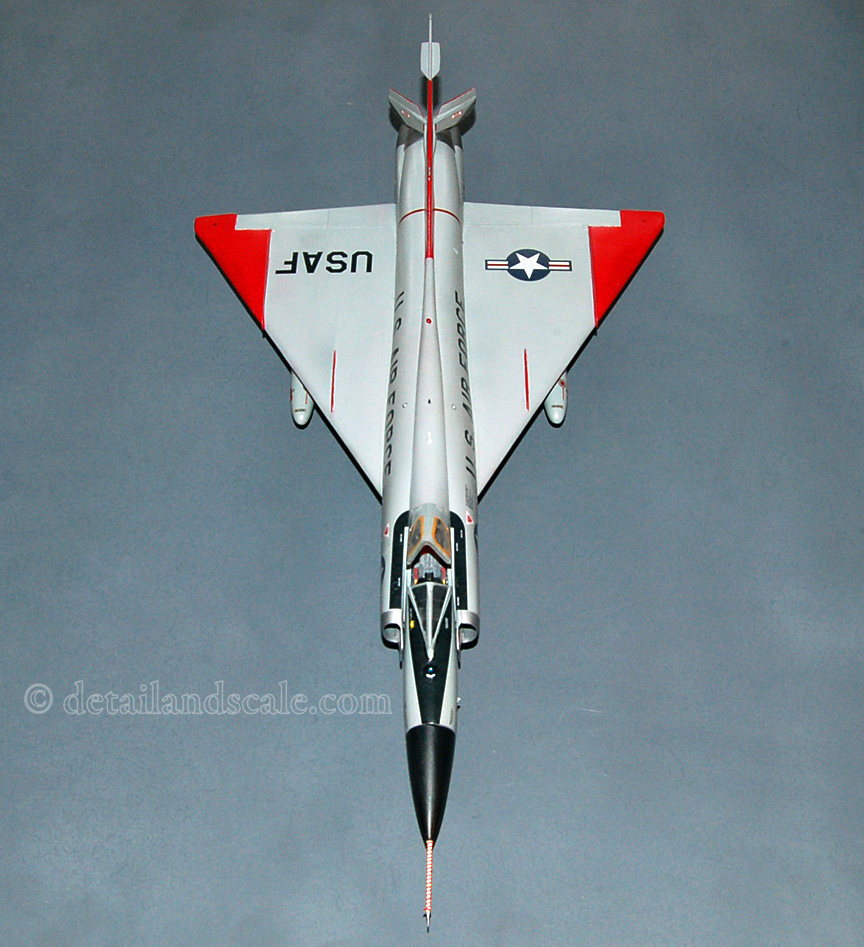 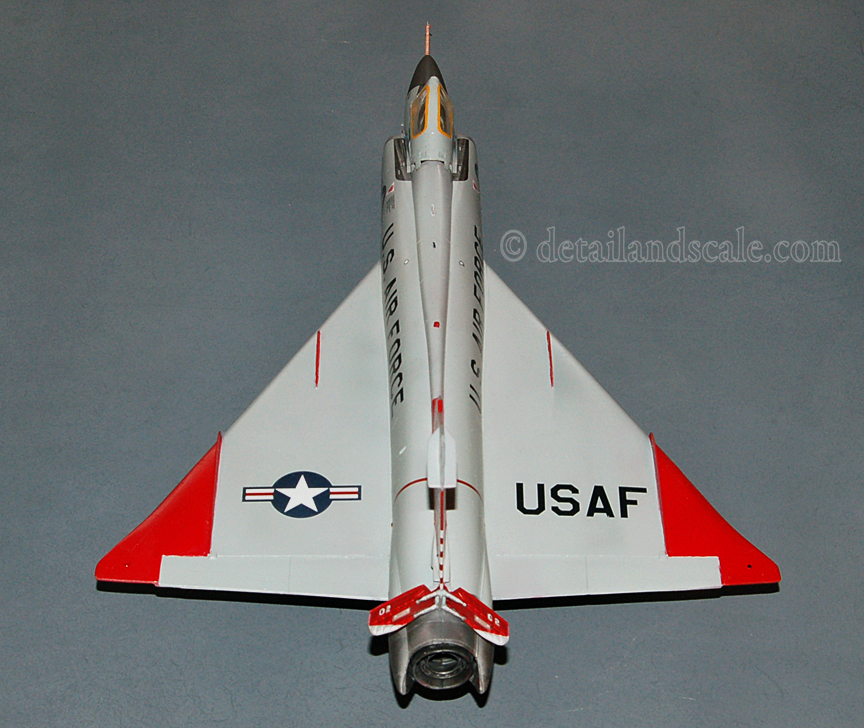 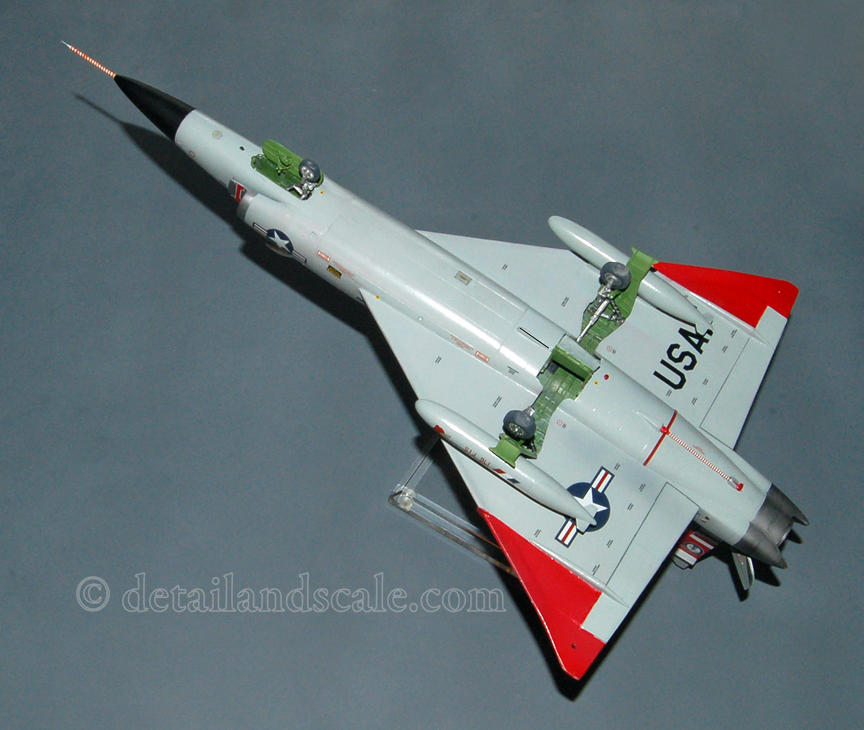