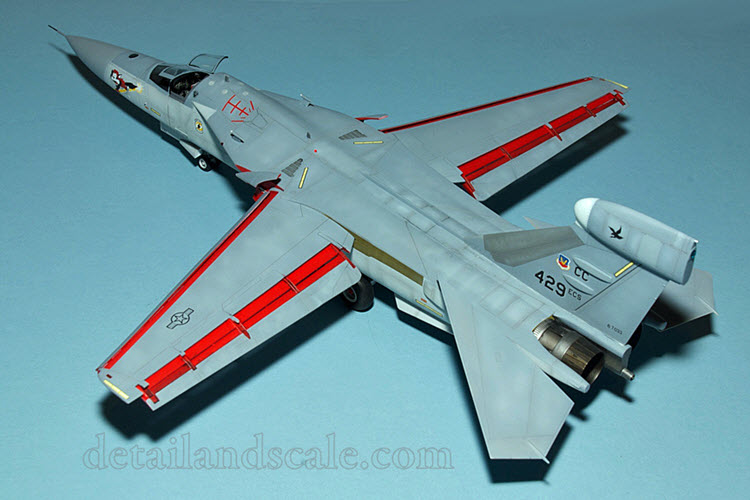 This is the Hasegawa EF-111A Spark Vark  or Electric Fox in 1/72nd scale built to represent an aircraft from the 429th Electronic Control Squadron which was based out of Cannon AFB, New Mexico, during their service in Southern Watch in the final years of the EF-111A’s service.  The decals come from the Cutting Edge sheet for Southern Watch aircraft, and the paint is Mr. Color and Alclad.  This is still probably the best kit of the EF-111A in any scale even many years after the kit was first issued and long since the Spark Vark was retired from service

The kit was modified by adding a GPS dome to the nose.  A small plastic disc was glued to the nose, this was then faired in with Apoxie untill a smooth transition was achieved.  The canopy was cut with a razor saw to allow it to be displayed open, Photo-etched seatbelts, instrument panels, and other small items were used to dress up the cockpit.  The pitot tube is nested steel tubing.   I cut out the navigation lights and replaced them with colored pieces from a toothbrush.  T the GPS antenna on the nose was made from scratch out of plastic card.

There are two tricky areas to be aware of.  The intakes and landing gear bays are a real pain to get right, and the other problem area is the joint between the forward section, which includes the cockpit and much of the underbody, and the aft section that includes the fairing for the wings.  There are subtle shape differences between these two sections that careful gluing and a bit of filing and sanding will solve. The kit had the panel lines rescribed and in some areas restored, and the rivets were drilled out to better hold the oil wash that was applied during the weathering process.

I used pictures of the aircraft to replicate the subtle weathering and dissimilar panels on the tail.  The bright red areas under the flaps and slats make a bold statement in contrast with the otherwise very subtle grey scheme.  The addition of some nose art makes for an interesting paint scheme and makes this aircraft standout from its stable mates. 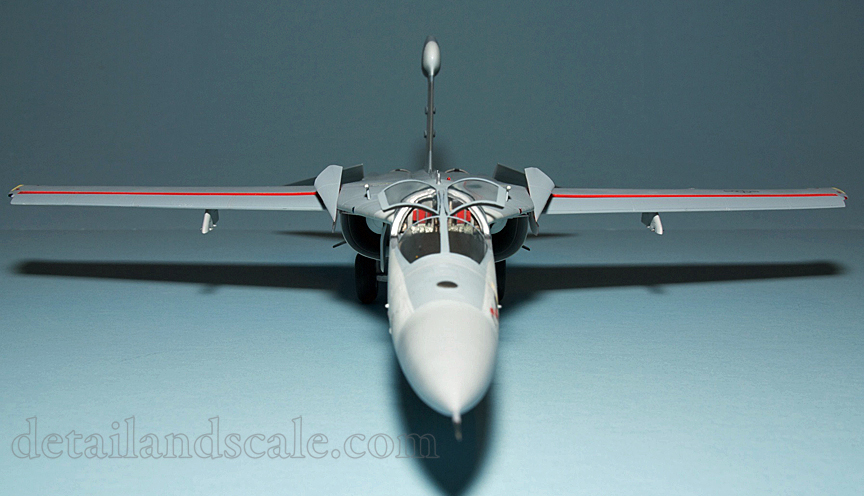 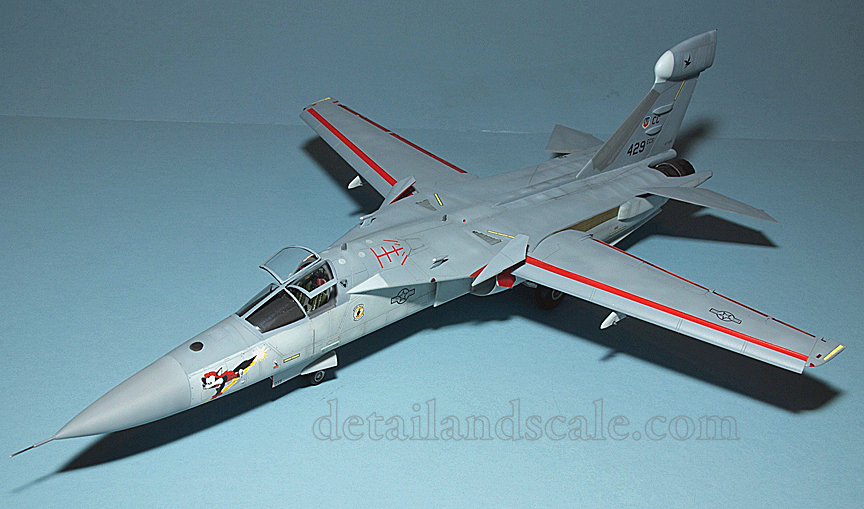 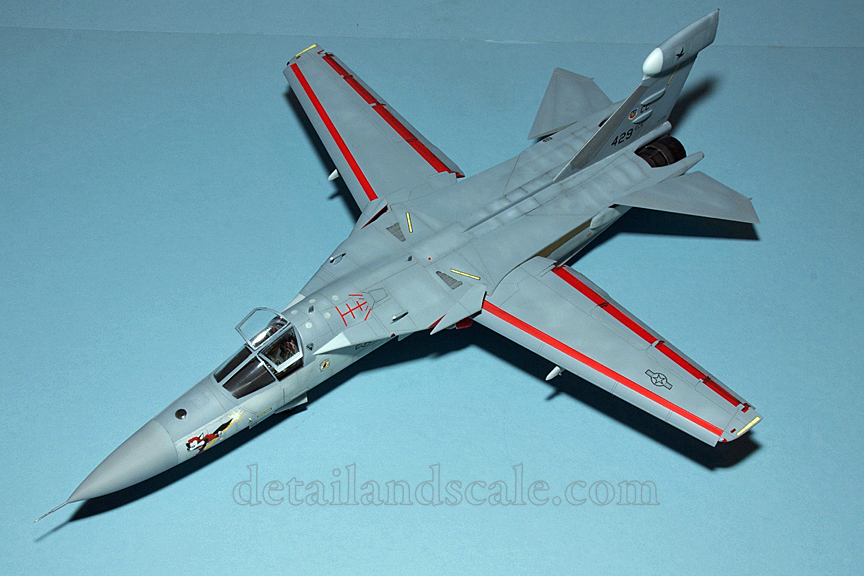 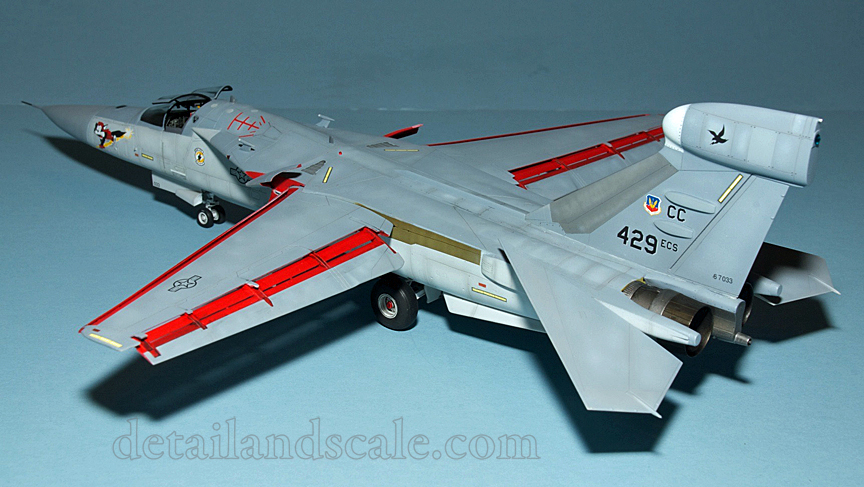 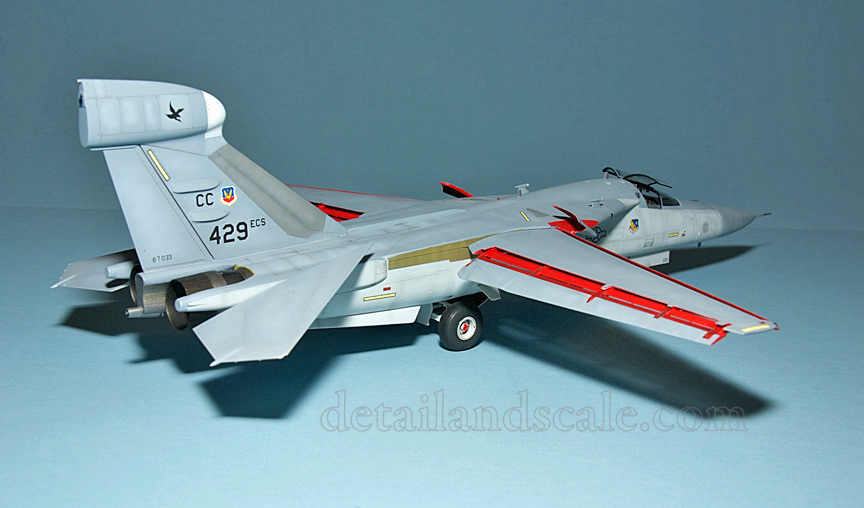 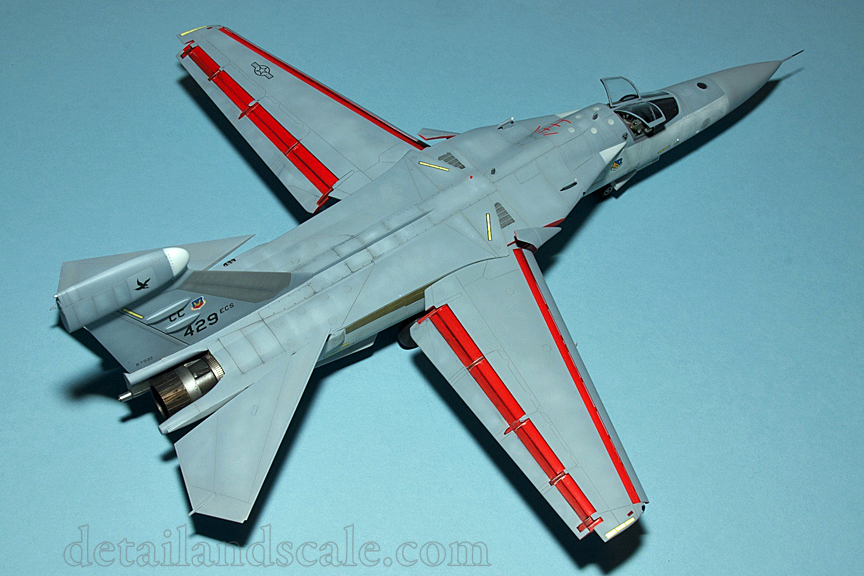 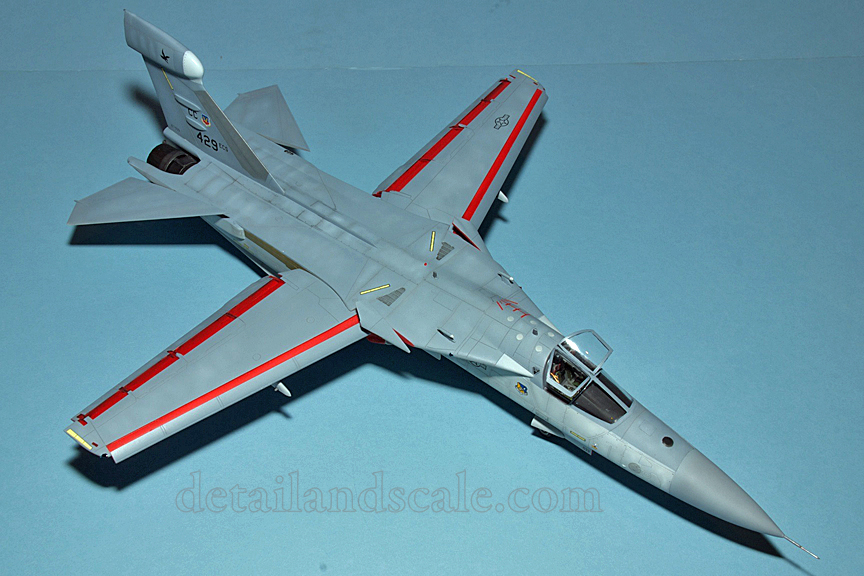 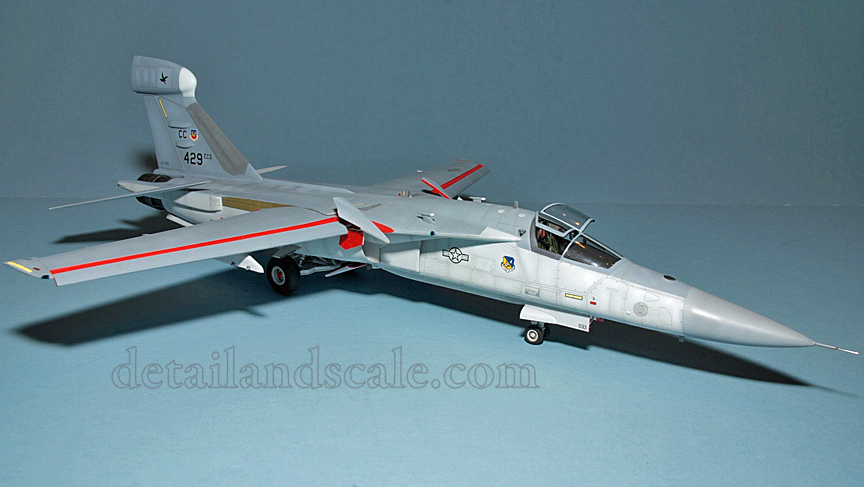 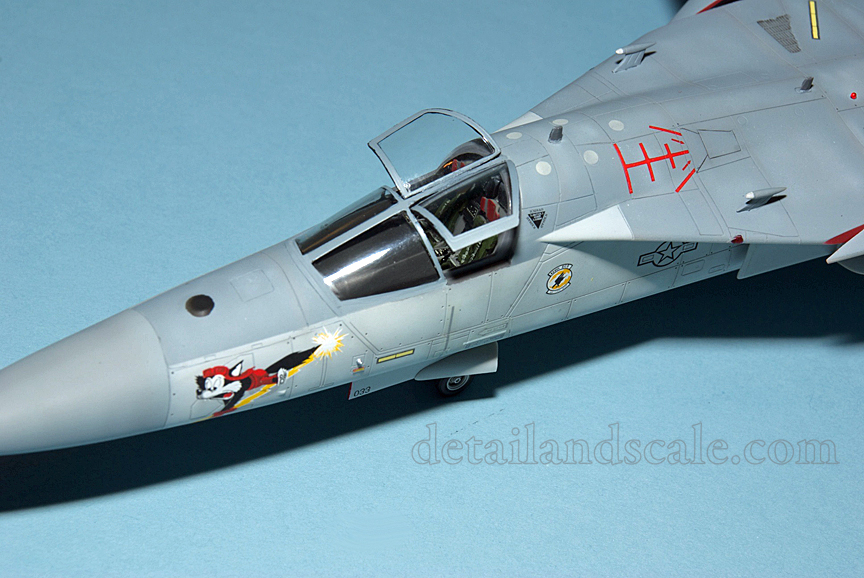 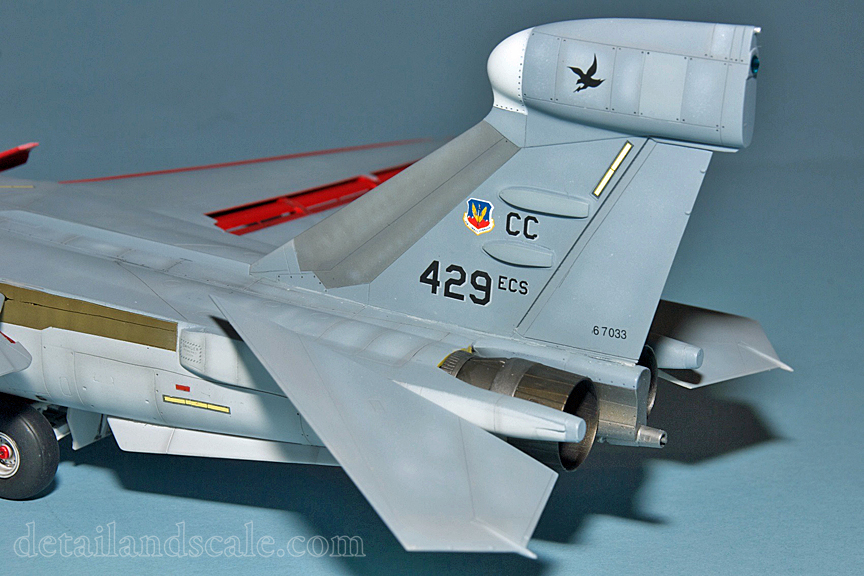 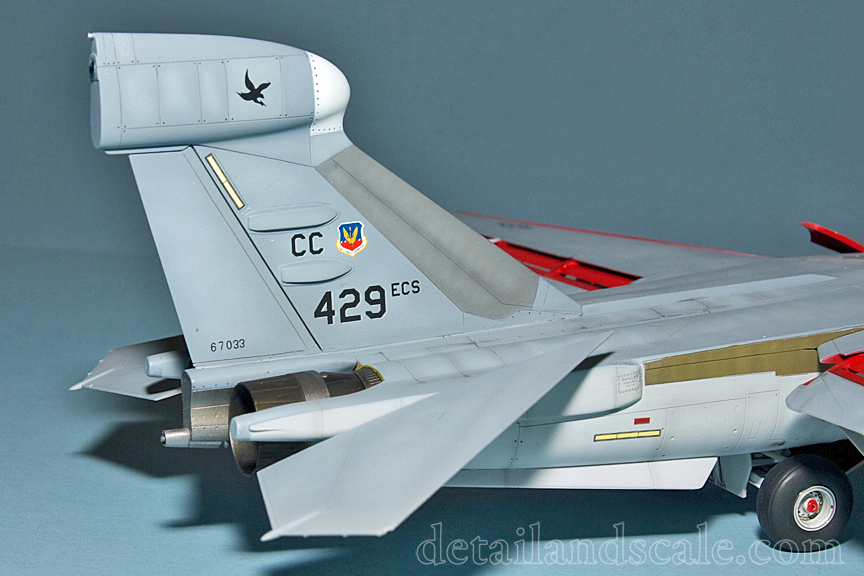