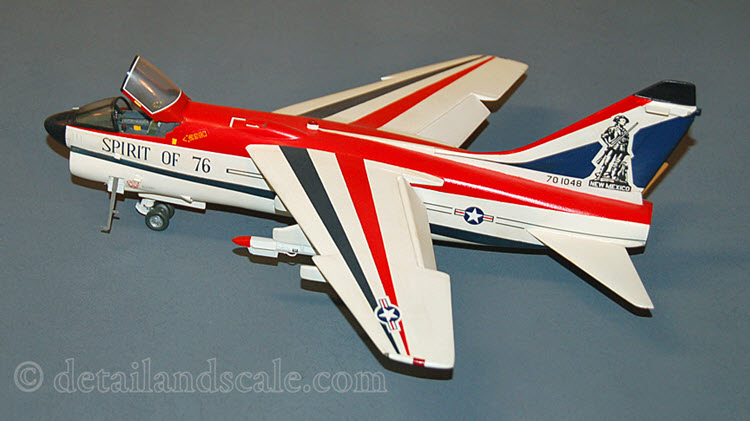 ESCI released this kit of the A-7D and one of the A-7E back in the 1980s.  These kits were generally correct in outline and featured nice scribing, however there were some noticeable detail inaccuracies.  The biggest shortcoming was the very poor fit that required a lot of filling and sanding during the construction process.  The wings could be built extended or folded, and if mounted in the extended position, the gap between the inner and outer sections of the wings was especially bad and required extensive filling and sanding.  That process removed all of the panel lines on the wings, so they had to be rescribed by the modeler.

Features of the kit included a boarding ladder and steps than could be built in the extended position if desired.  The canopy and windscreen were separate pieces, and the canopy could be displayed in the open position to reveal cockpit detailing.  We took advantage of both of these options when building our A-7D.  However, only very minimal and basic detailing was provided with the kit cockpit, so this needed to be enhanced if the canopy was displayed in the open position.  The area under the windscreen needed to be extended about an eighth of an inch beyond the instrument panel toward the rear.  A head-up display had to be added from scratch, since this is a very noticeable feature in the cockpit.

A variety of ordnance was provided in the kit, but it was inaccurate to the point of being unusable.  This didn’t really matter in our build of the New Mexico Air National Guard’s A-7D in bicentennial markings, because we built it to look like it appeared in several photographs we had.  To accomplish this, we needed two multiple ejector racks, and these were obtained from Monogram kits.

A Microscale decal sheet provided the markings, but we had to paint most of the red, white, and blue scheme on the aircraft.  Photos showed that the New Mexico Air National Guard kept this A-7D in pristine condition, so we chose not to use any weathering on the model.

Two black and white photographs of this model appeared in “A-7 Corsair II in Detail & Scale,” which was released in 1986 as Volume 22 in the Detail & Scale Series of books.  A combination review that covered both this kit and ESCI’s A-7E was also included. 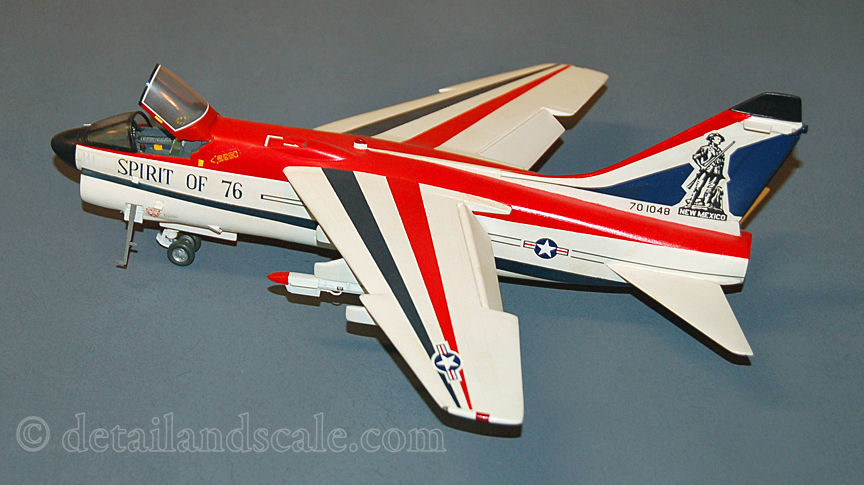 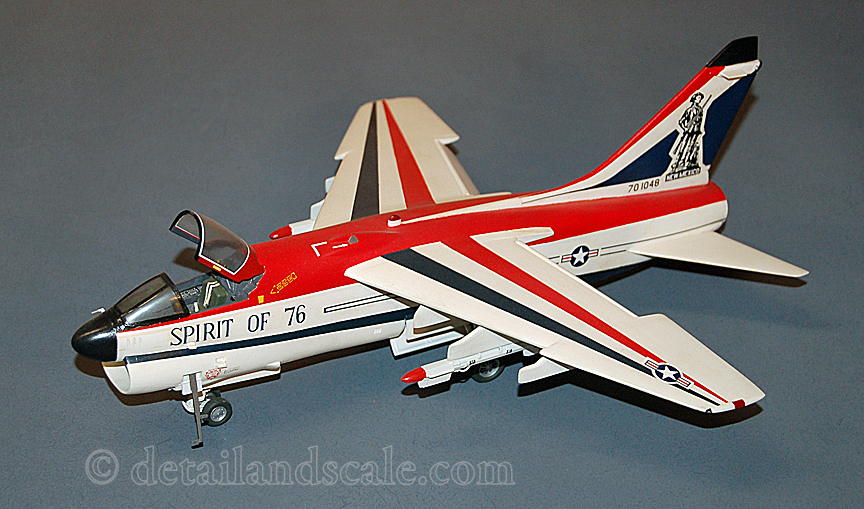 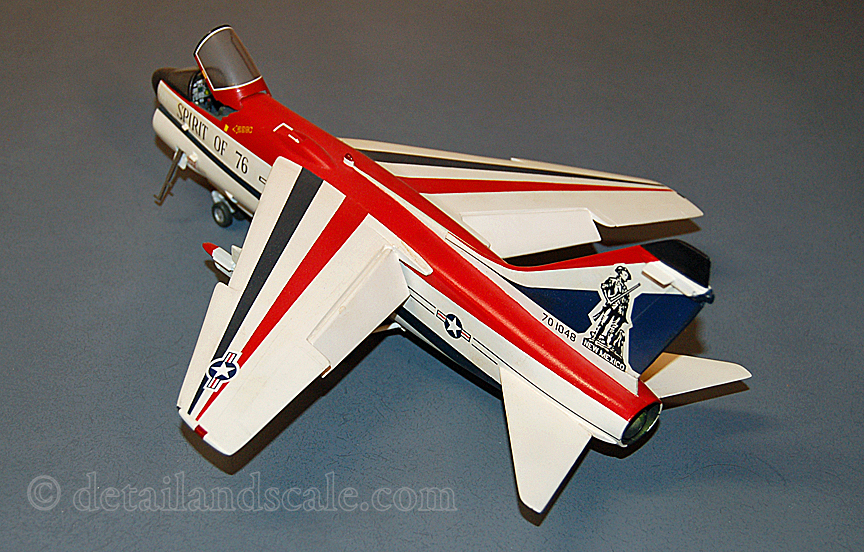 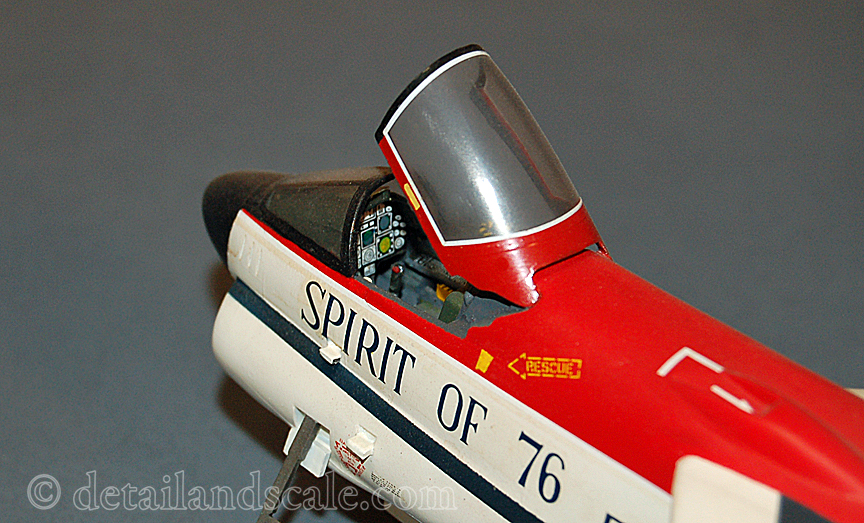 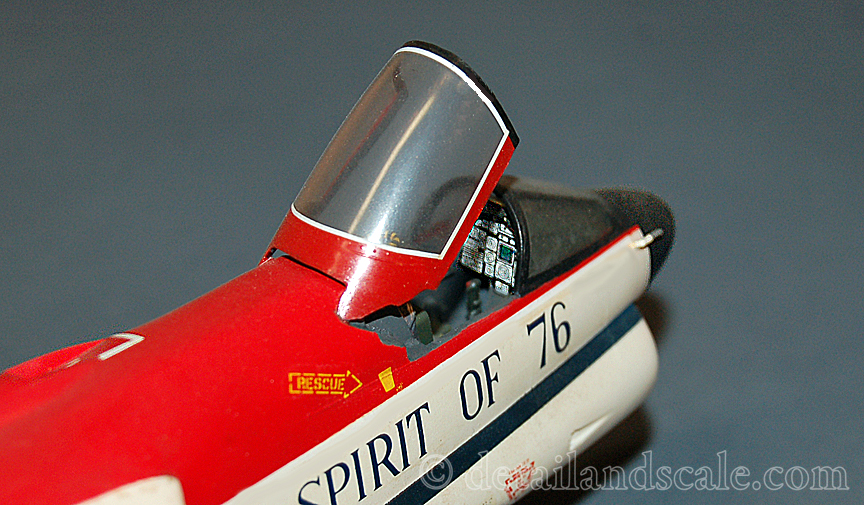 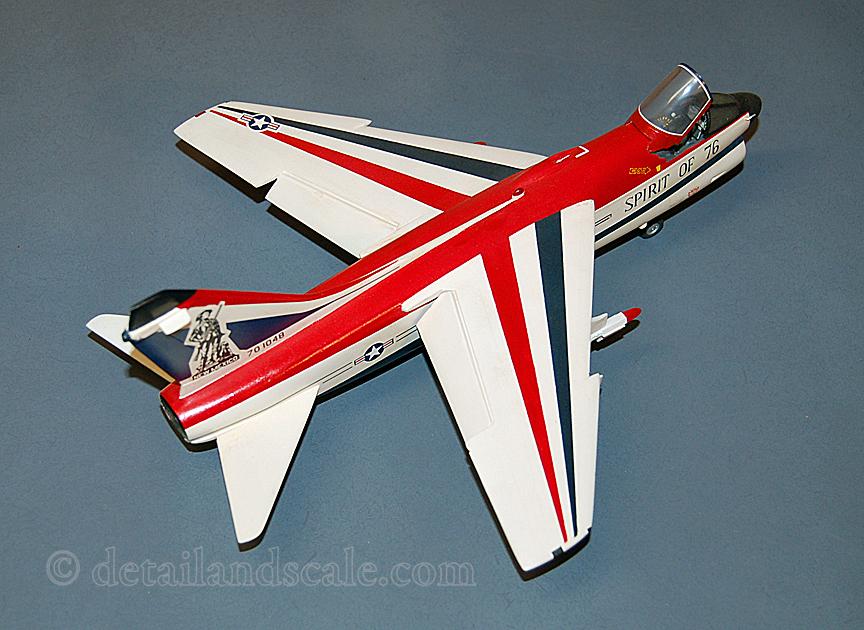 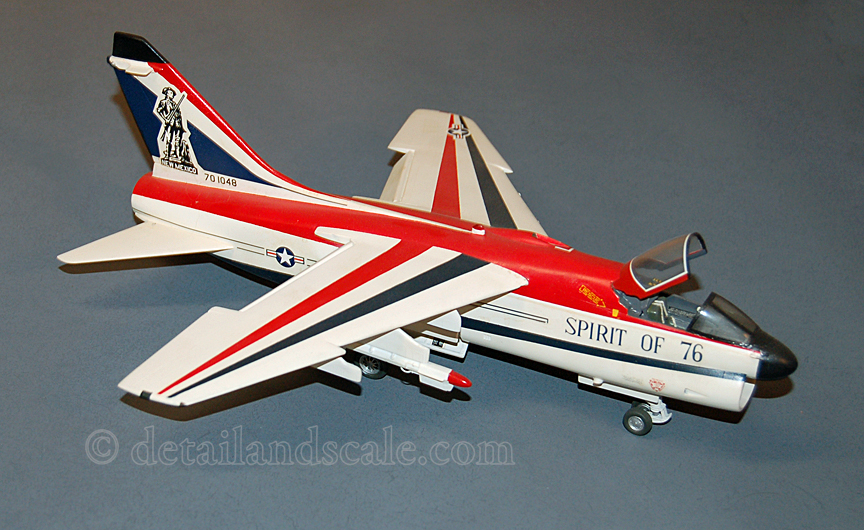 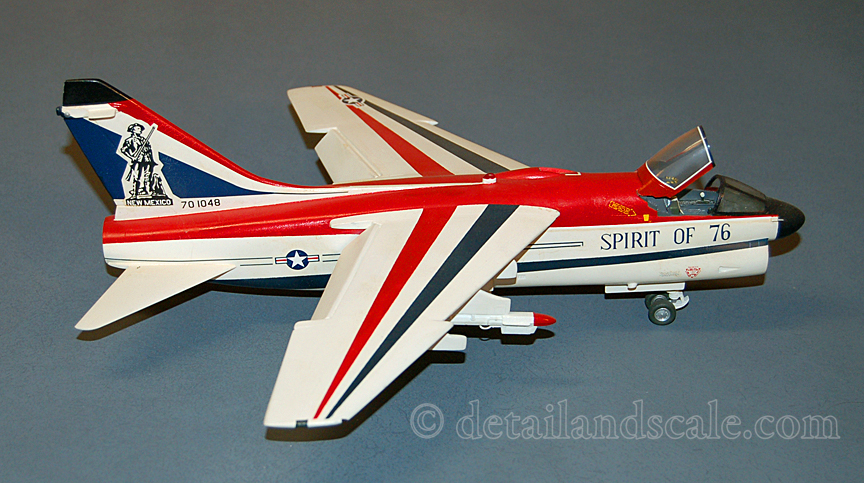 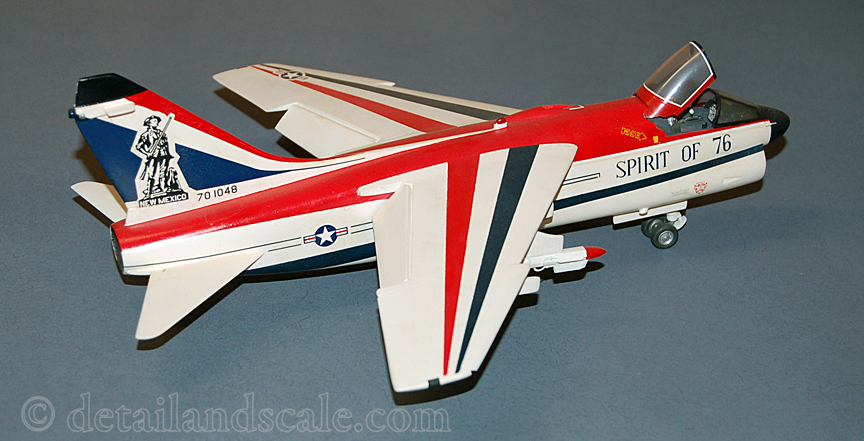 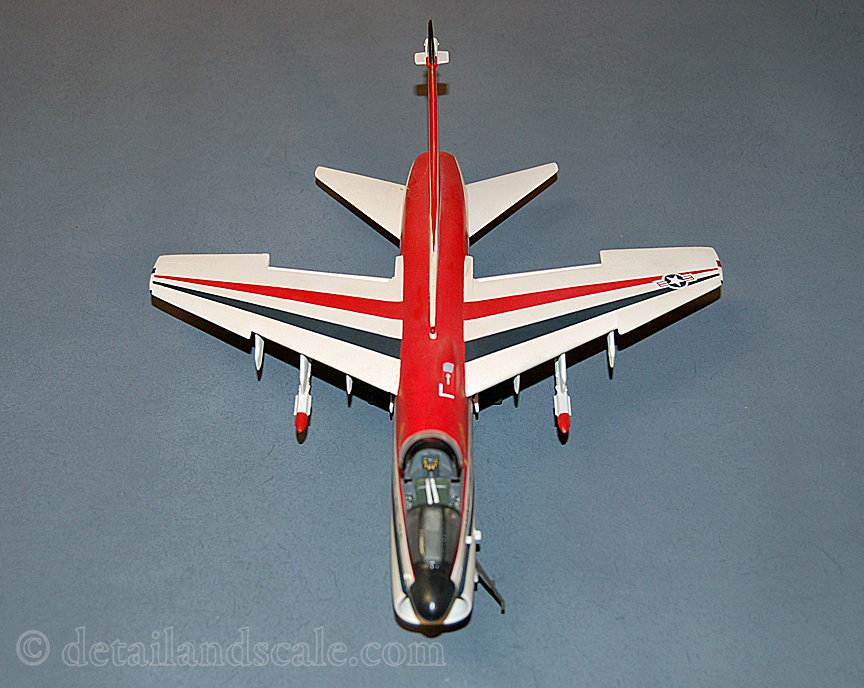 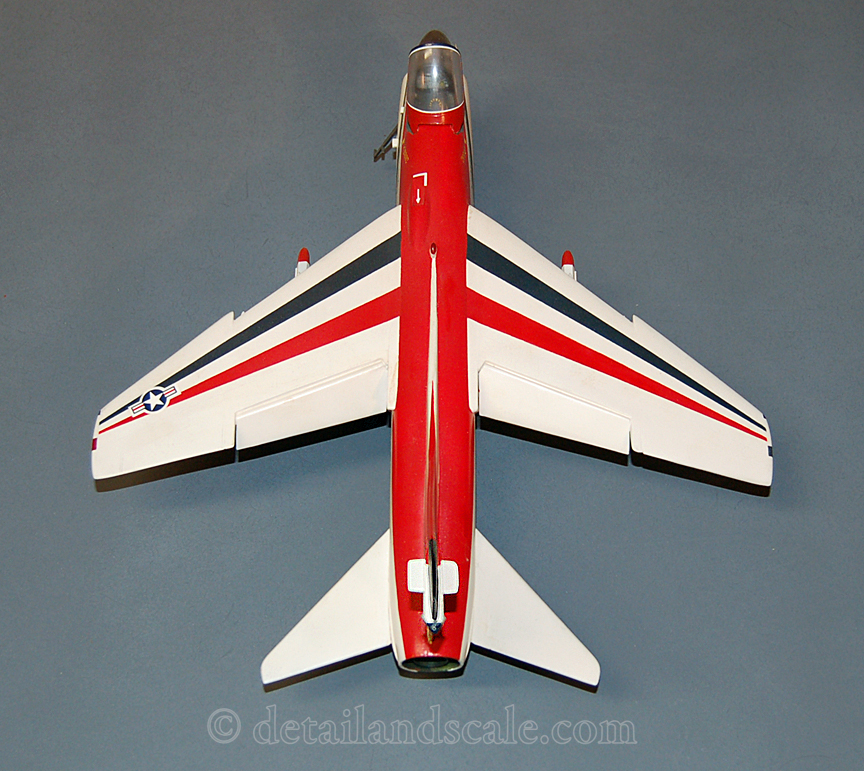