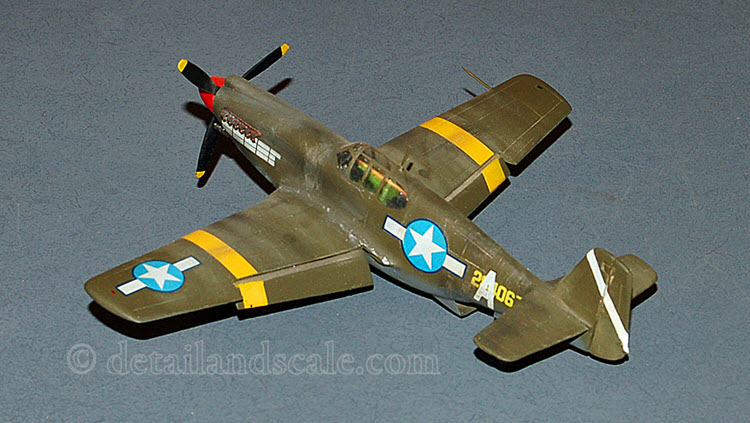 One of the first releases by M News, a company in the Czech Republic, was this limited production 1/72nd scale model of the A-36 Apache, the dive bomber variant based on the early P-51 line of Mustangs that were powered by Allison engines.  The model is rather crude, and the parts are covered with flash.  It is poorly engineered, and at first glance, it might not seem worth building.  But the shapes are generally correct, and surprisingly, the panel lines are engraved.  This allows for considerable sanding, which is necessary during construction.

The flash makes many of the small parts unusable, and this is probably just as well, because most of them are crude and inaccurate.  We decided to build this kit using only the fuselage halves, the tops and bottoms of the wings, the rudder, horizontal stabilizers, spinner, and propeller.  Almost all of the other parts, to include the landing gear, exhausts, cockpit interior, radio antenna mast, pylons, and hot air ramp were taken from a Hasegawa P-51B kit.  Bombs came from a Monogram P-51B, while the chin-mounted guns came from the spares box.  The pitot probe was made from a straight pin, and the clear cover for the dual landing/taxi lights was made from a piece cut from a clear toothbrush.

The cooling air scoop does not have the small dip in the center of the upper lip, this is easy to correct with some scrap plastic.  Before gluing the wings together, we cut the flaps from the top wing panels.  The groove at the leading edge of each flap was filled and sanded, and then they were set aside to be added later.

The fit is average at best, so considerable filling and sanding is necessary.  The holes for the guns are not in the wings so they must be drilled out.  No landing/taxi lights are provided.  The best way to add this obvious feature is to cut a notch at the correct place in the leading edge of the left wing.  Epoxy a piece of clear plastic cut from a clear toothbrush into this notch.  Once the epoxy has set, sand the clear piece to shape, then polish it out.

With a little trimming, the thin, clear, Hasegawa canopy can be made to fit this kit, thus replacing the thicker and rather cloudy one that M News provides.

Simply stated, this kit will not produce an acceptable model built straight from the box.  But by following the steps outlined here, it can be turned into a very nice model.  We were very pleasantly surprised how well the finished A-36 model turned out, given what the kit looked like when we opened the box.

A photo of this model and a review of the kit appeared in “P-51 Mustang in Detail & Scale, Part 1, Prototype through P-51C.”  A photo of the actual aircraft appears on page 23 of the book. 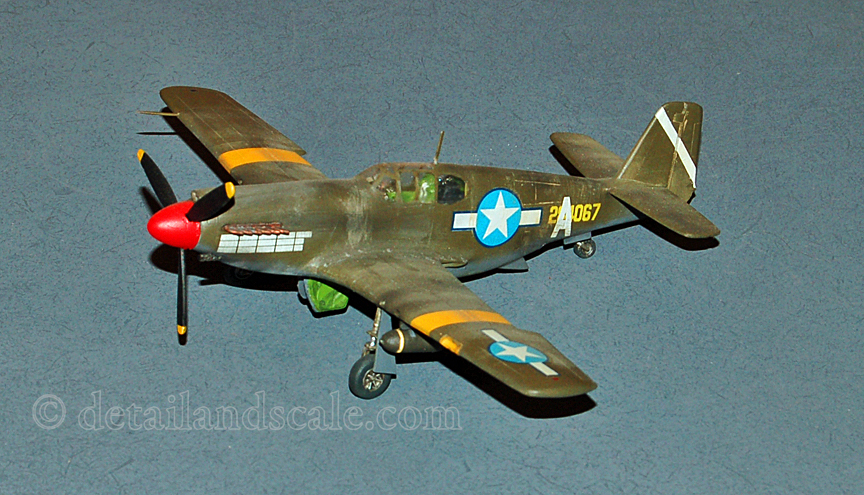 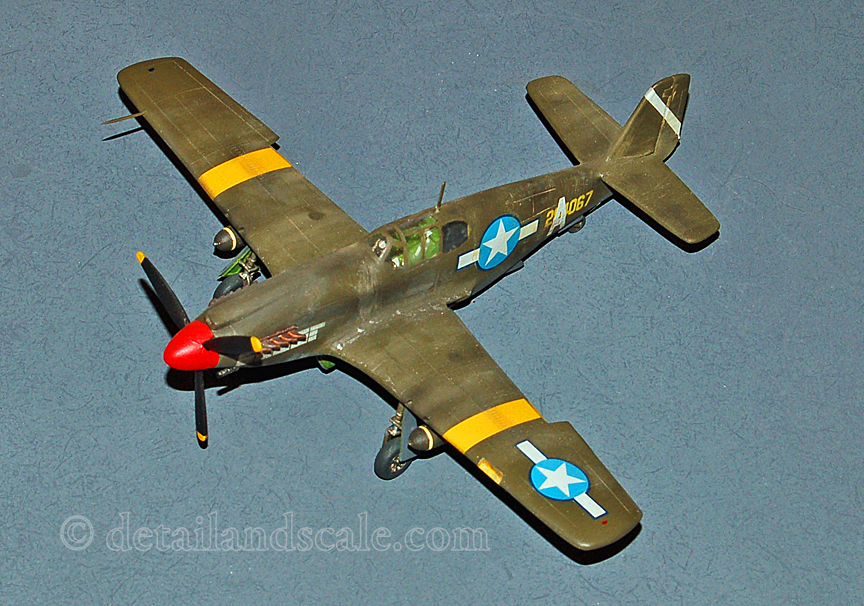 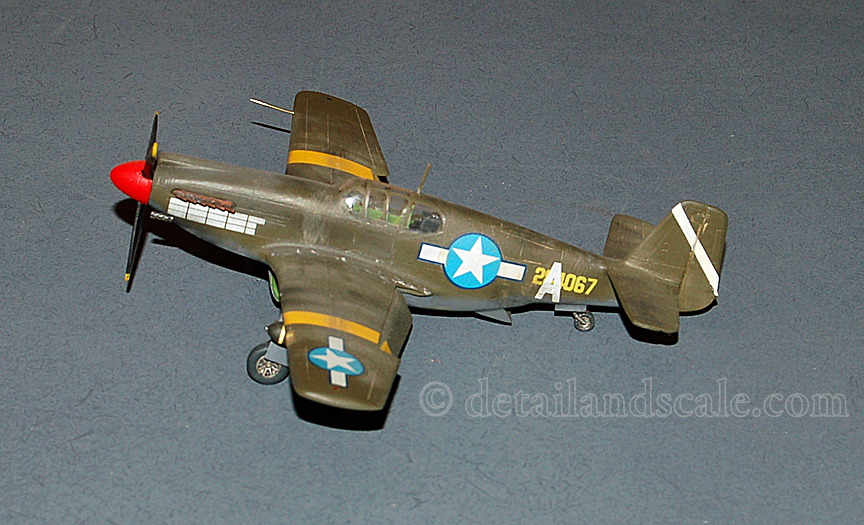 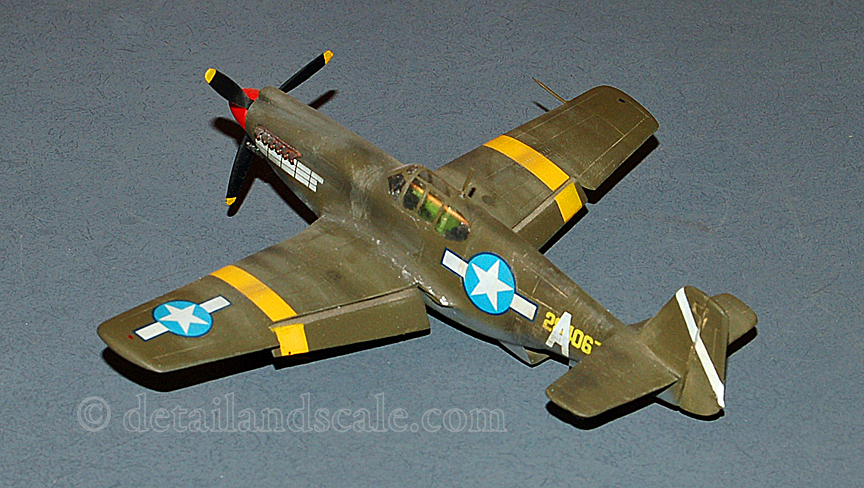 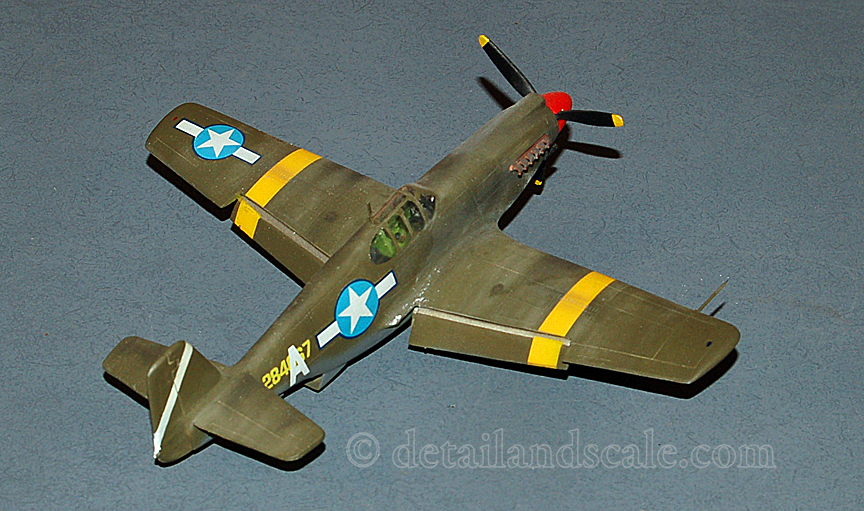 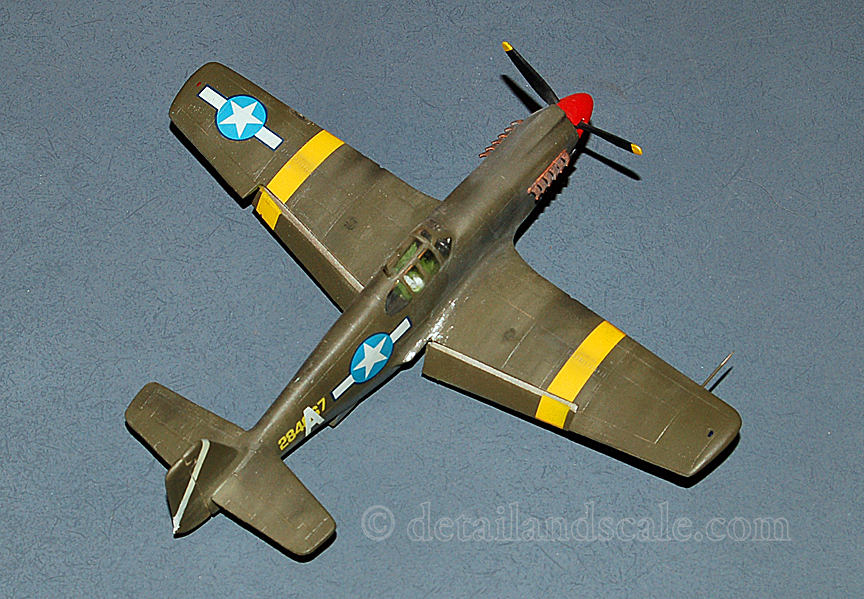 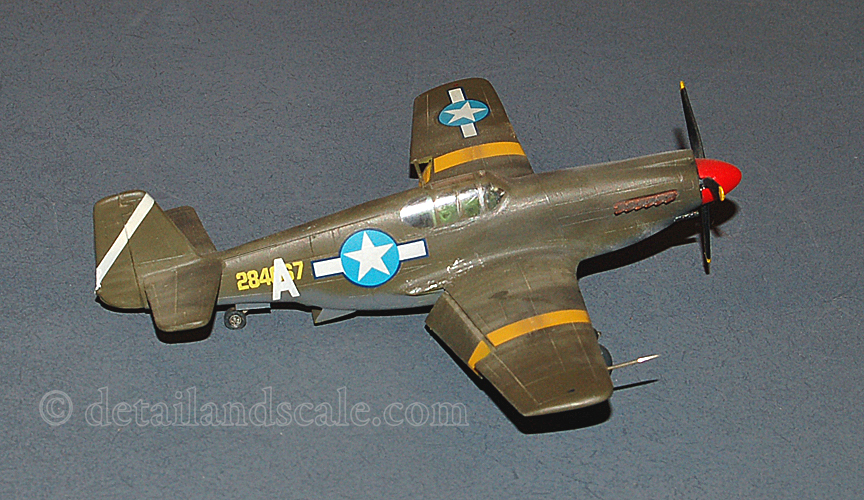 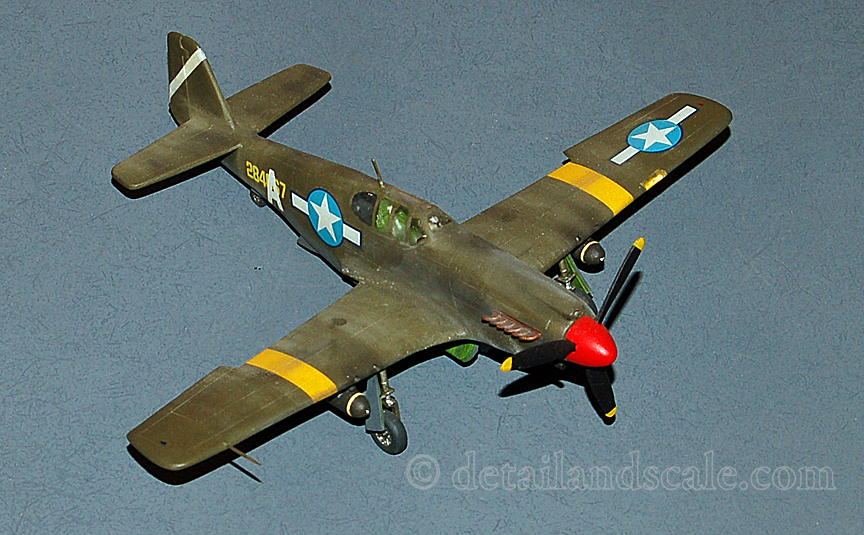 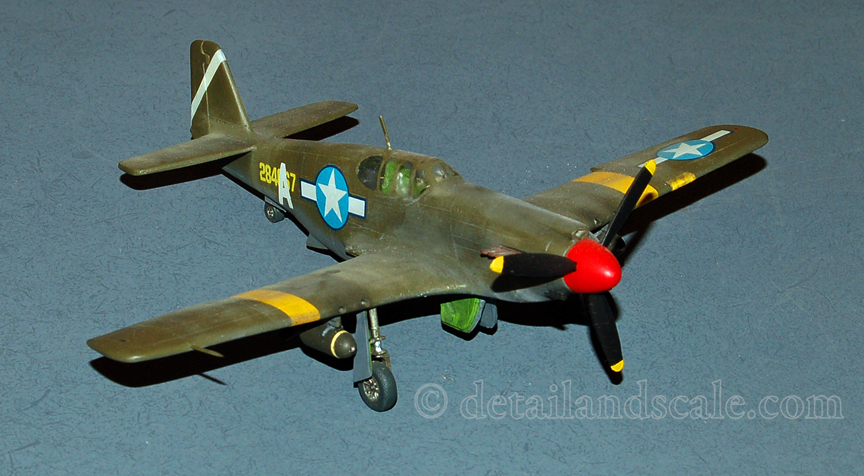 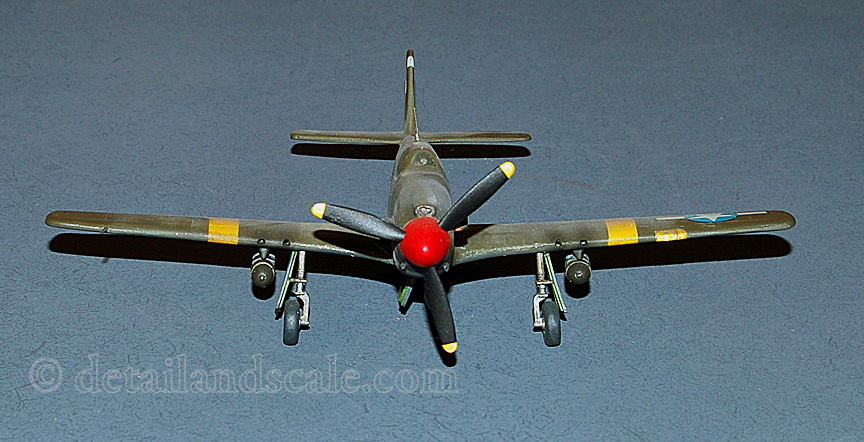 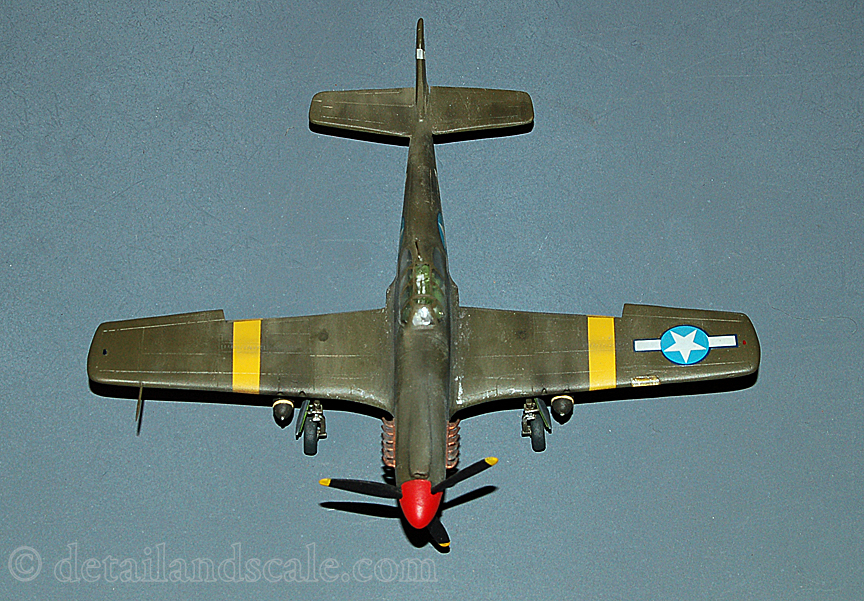 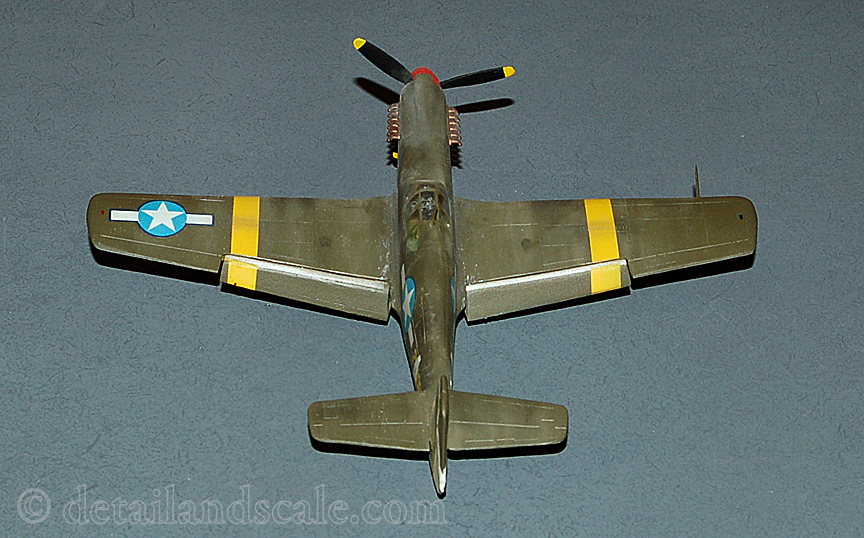 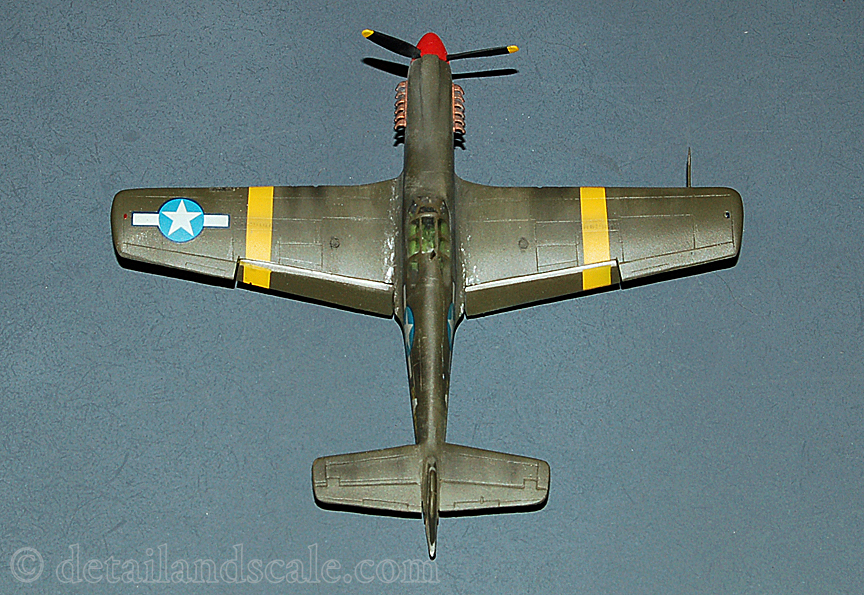 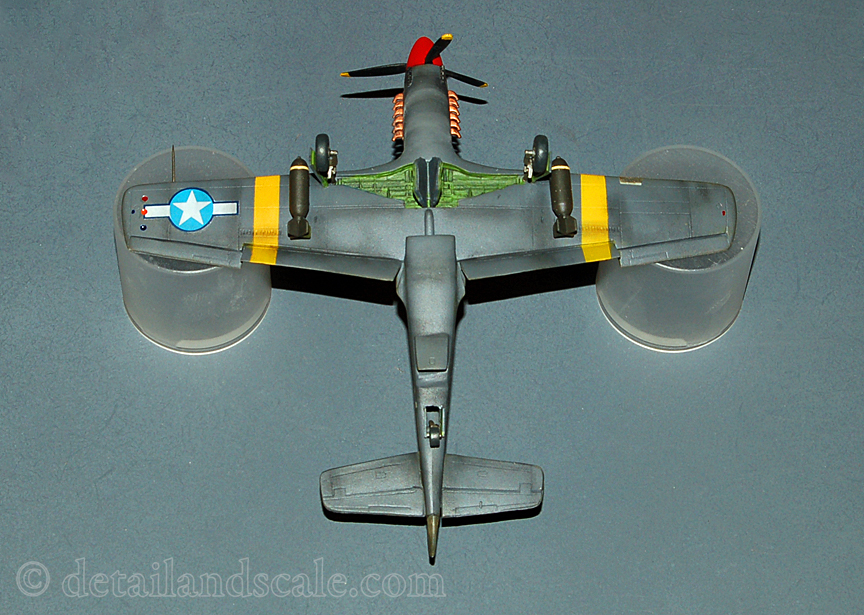