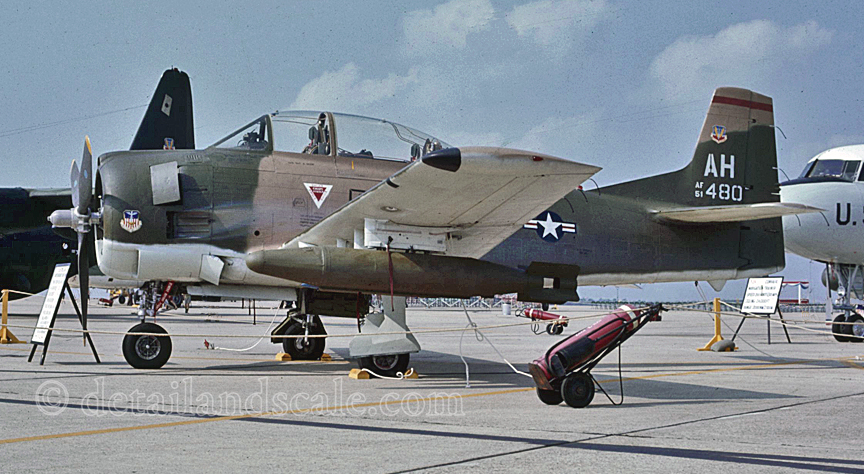 This photo set contains photographs of T-28s in service with the United StatesAir Force and Air National Guard units with the exception of T-28D and AT-28Dversions. These two versions are covered in a separate photo set below.

ccU. S. Navy and Marine Corps versions of the T-28 can be found in theUSN/USMC area of this photo gallery. 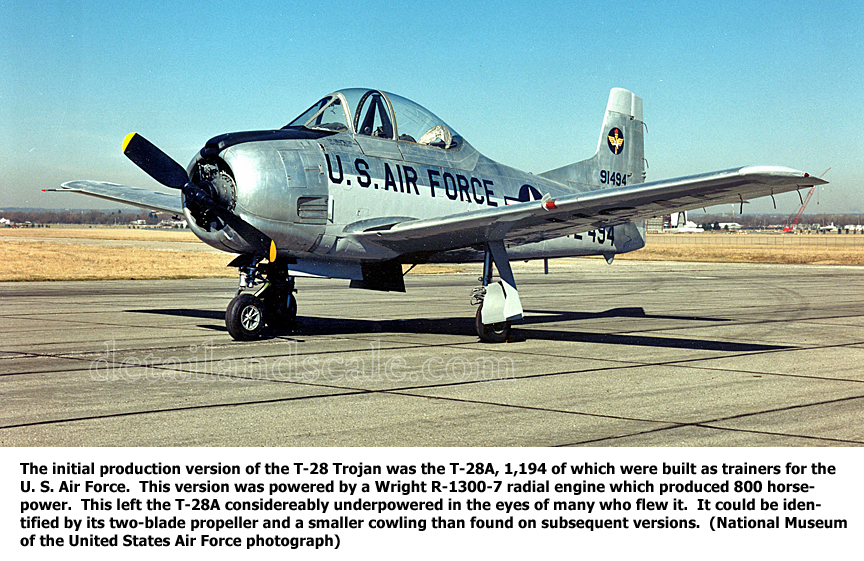 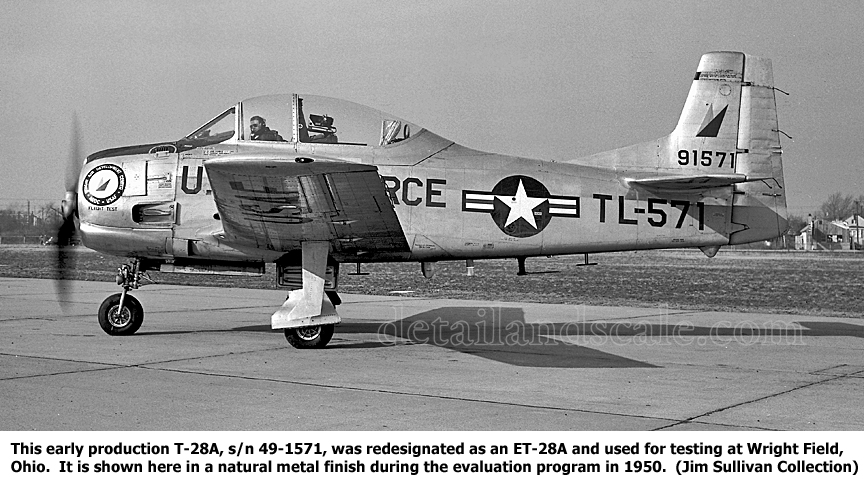 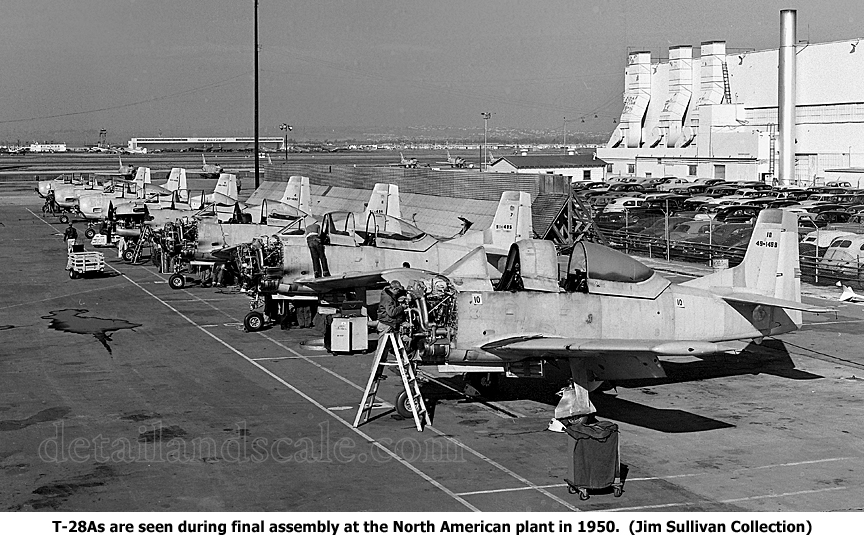 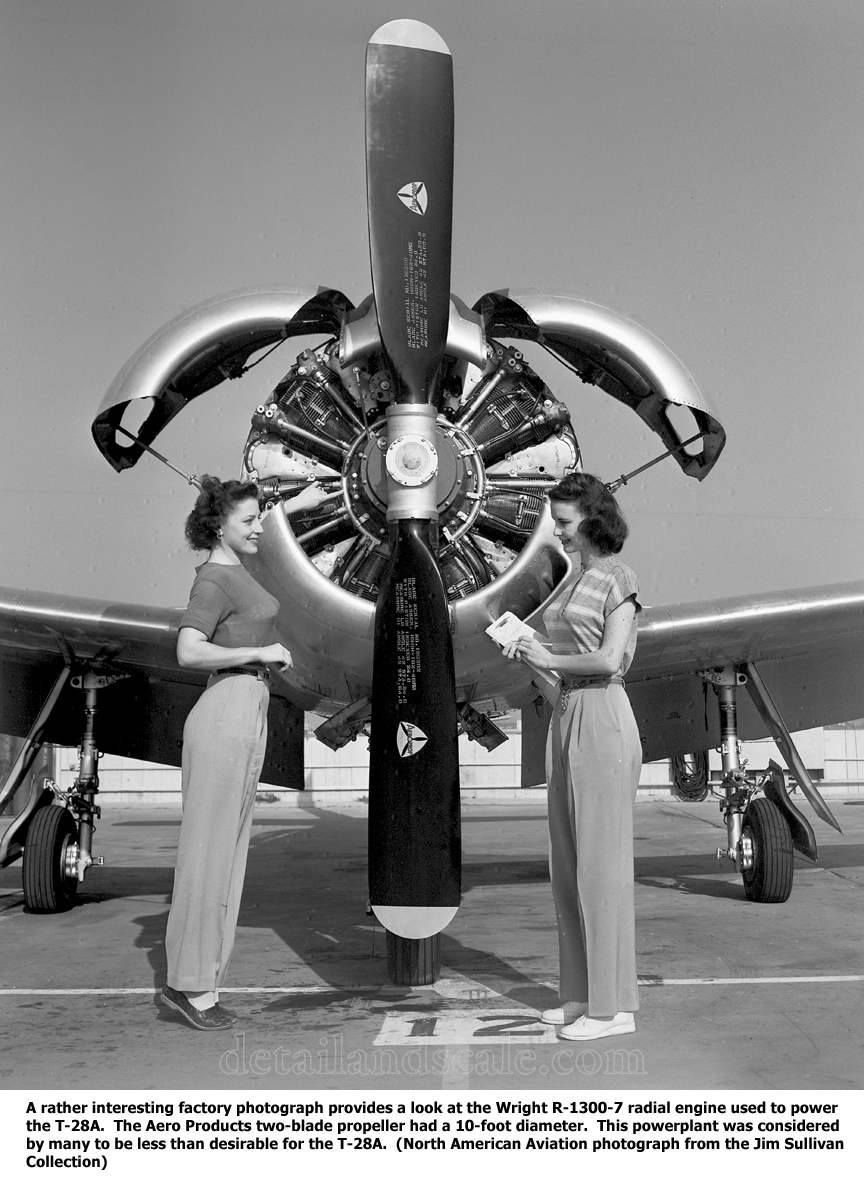 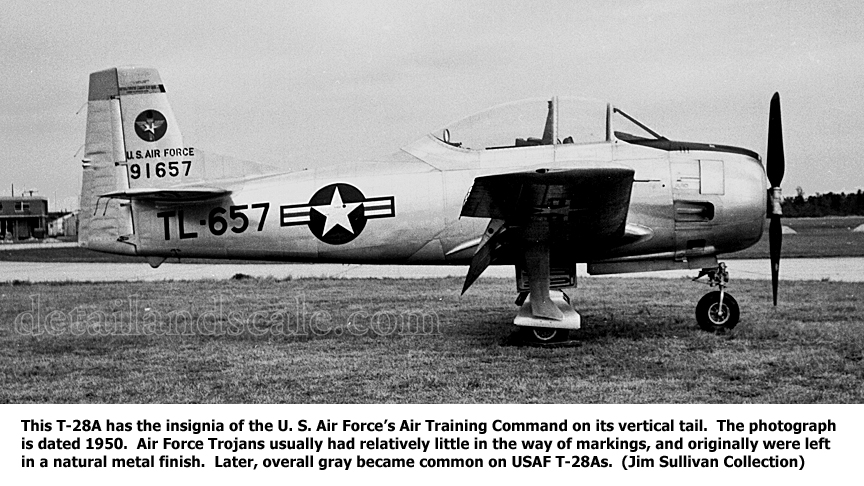 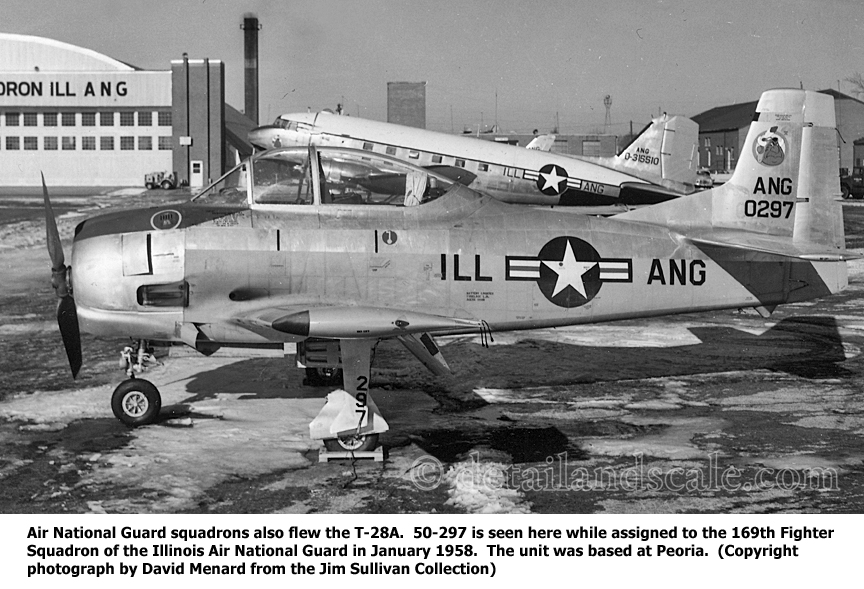 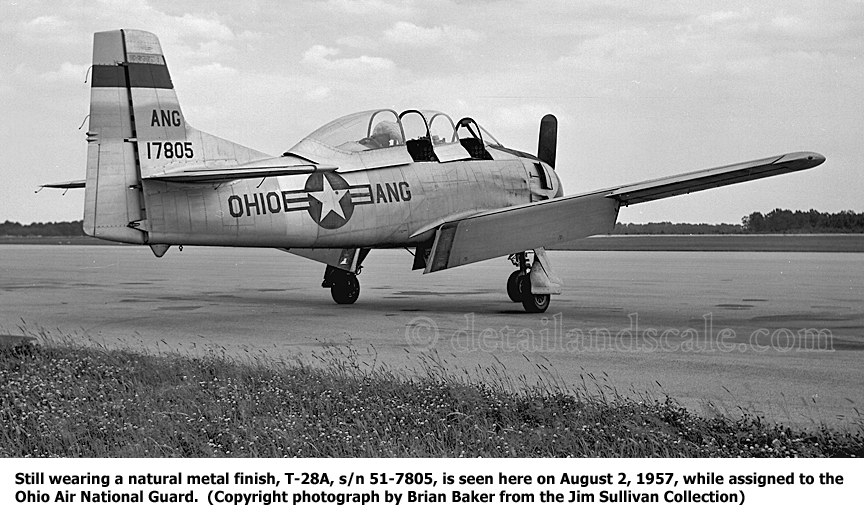 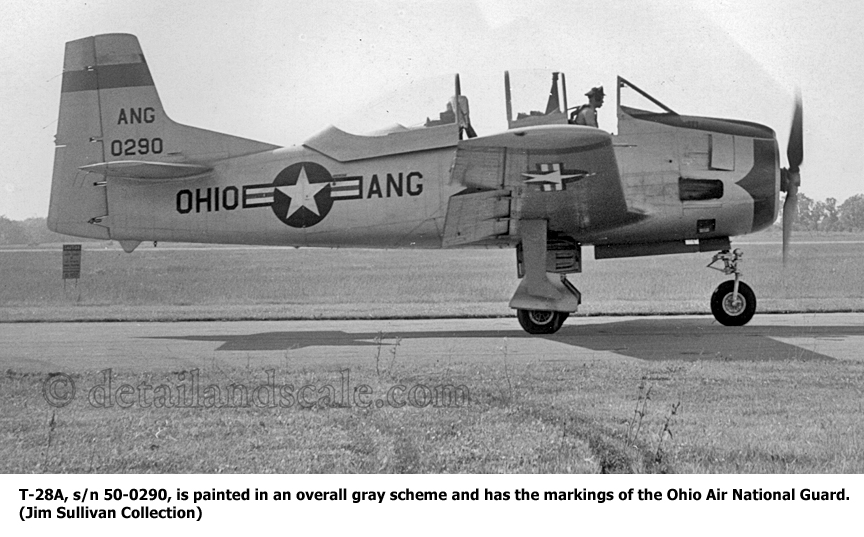 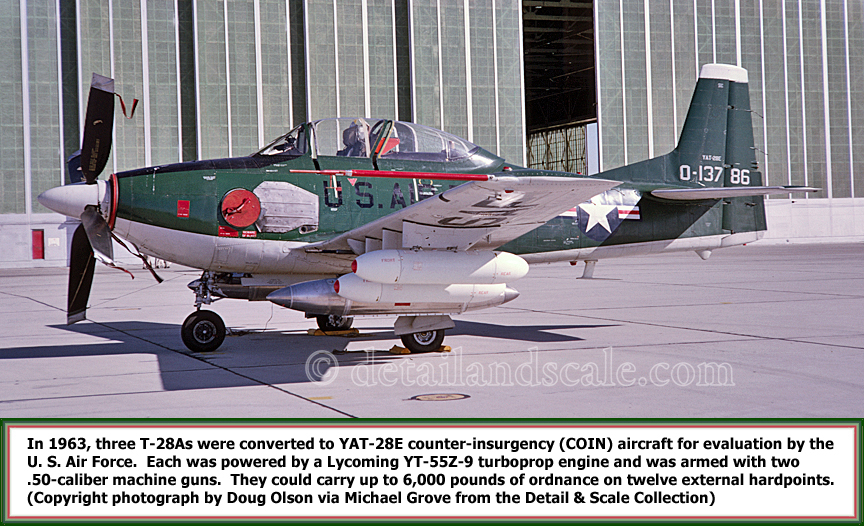 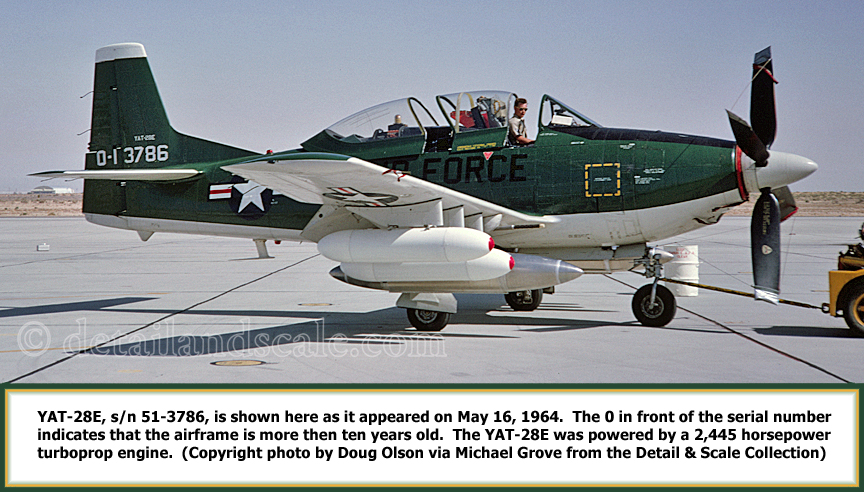 This photo set contains general photographs of T-28D & AT-28D aircraft.  The T-28D, was a counter-insurgency (COIN) version of the T-28 that was developed to provide a close-air support aircraft to air forces of nations with limited economic resources.  Surplus T-28As were converted to T-28Ds by replacing the Wright R-1300-7 engine with a much more powerful Wright Cyclone R-1820-56S engine and a three-blade propeller.  This required changing the cowling to the larger design as used on the T-28B.  The wings were strengthened, and hardpoints to carry a variety of external stores were added.  Initially, machine gun pods could be carried, but the T-28D-5 variant had ammunition boxes mounted inside the wings.  500 rounds of ammunition could be carried in each wing to supply the .50-caliber machine gun mounted under the wing in a faring.  Additionally, the landing gear was strengthened to handle the higher operating weight of the aircraft.  While North American converted most T-28Ds, seventy-two were modified by Fairchild Aircraft and designated AT-28Ds.  Some, if not all, of these were equipped with ejection seats specifically designed for the aircraft.  Some T-28Bs and even a few T-28Cs were also converted to T-28Ds.

T-28Ds were used between 1961 and 1964 in Vietnam and were flown by the South Vietnamese Air Force (VNAF).  Several other nations operated T-28Ds as well, including Bolivia, Republic of the Congo, Ethiopia, Laos, Nicaragua, and Thailand. 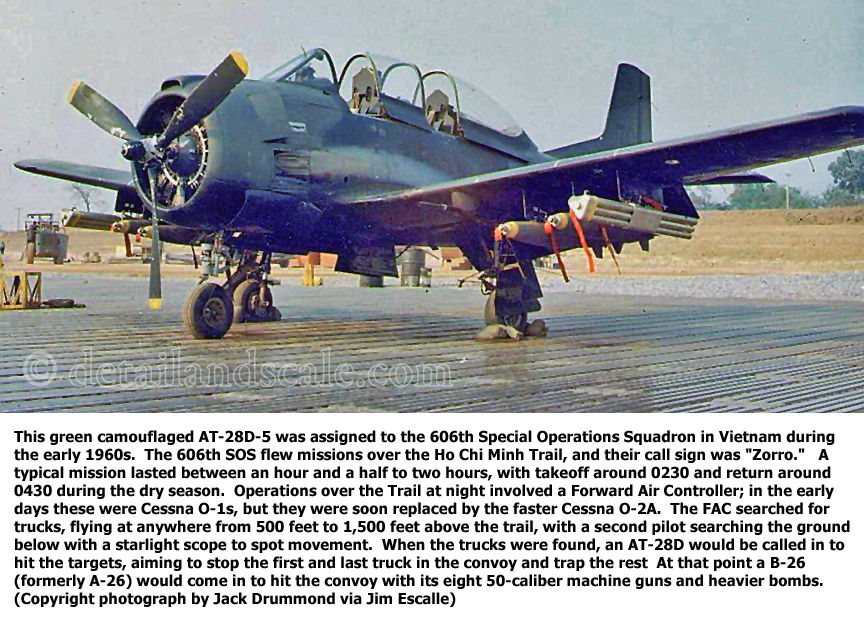 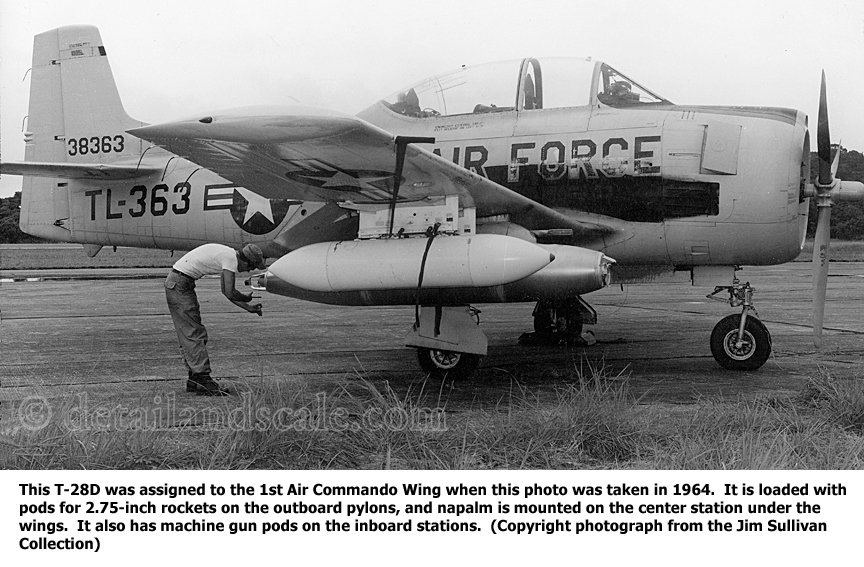 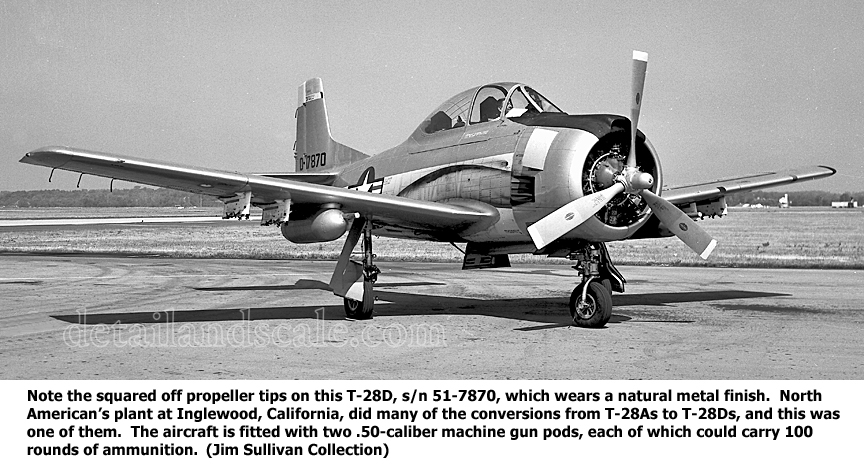 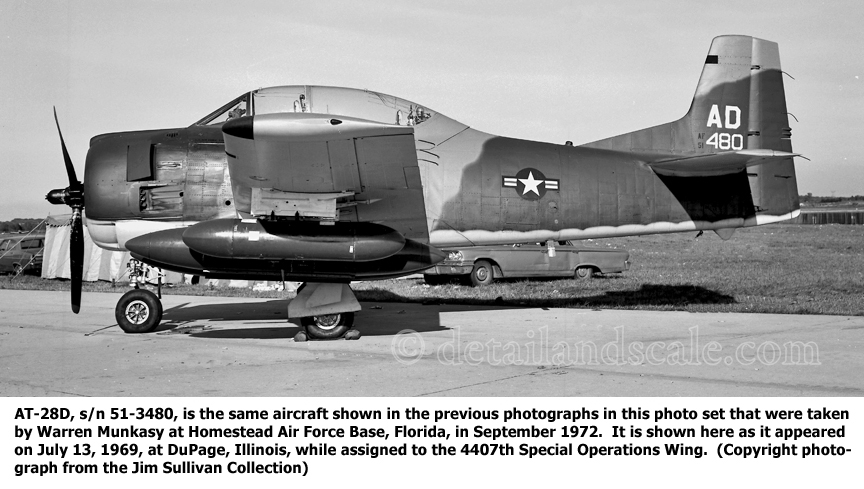 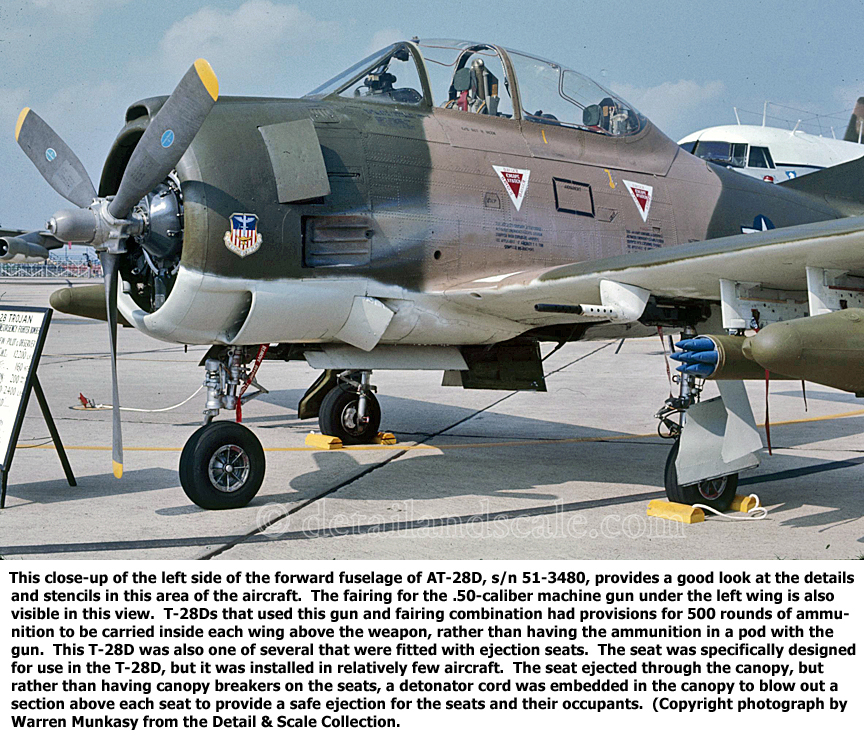 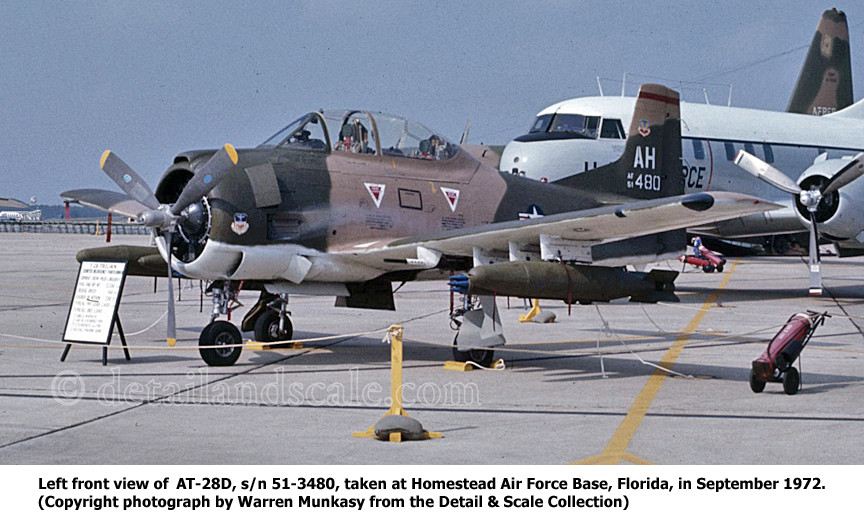 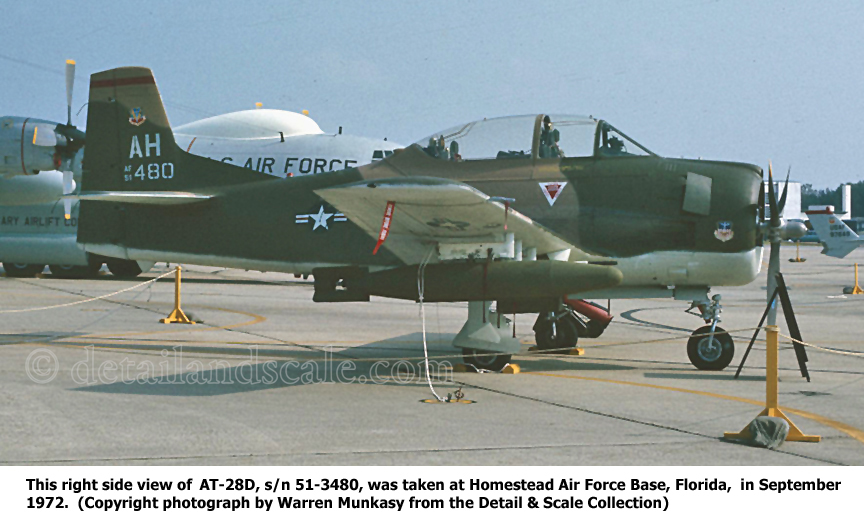 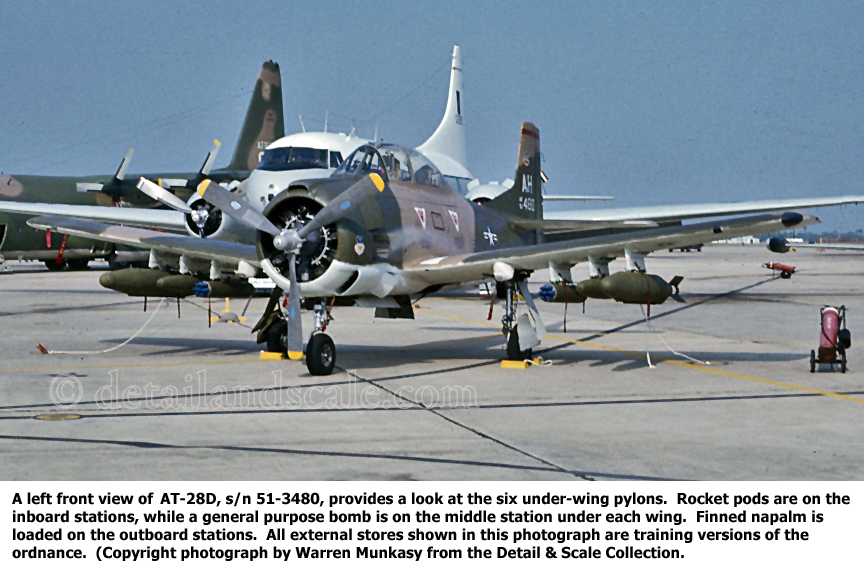 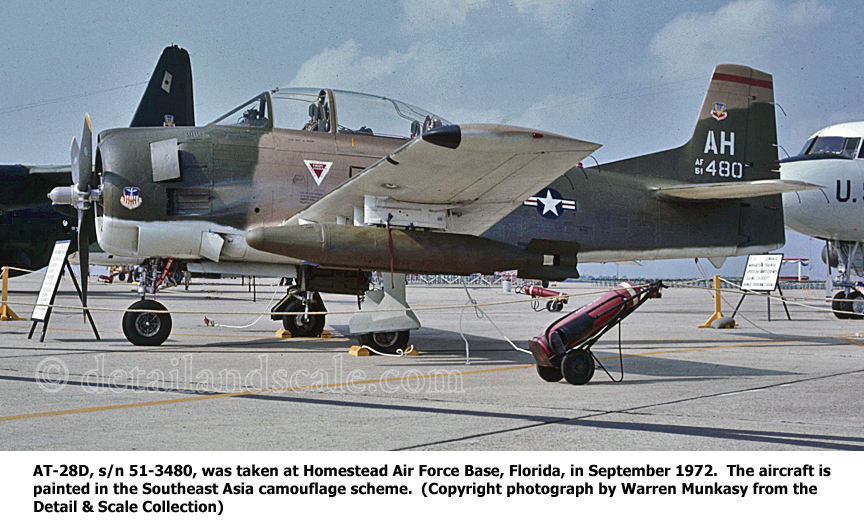