The Nakajima Ki-43 Hayabusa (Peregrine Falcon) Army Type 1 fighter was a single-engine fighter that was operated by the Japanese Army Air Force in World War II.  It was given the Allied reporting name, Oscar.  The Ki-43 looked a lot like the more famous Japanese Navy fighter, the Mitsubishi A6M Zero, and it was often mistaken for it.

The Ki-43 1 was the first production variant, and the Ki-43 1b was a sub-variant.  The Ki-43 1 could be identified by its two-blade propeller and the telescopic gun sight through the windscreen.  Later variants had a three-blade propeller and an internal reflector gun sight.  It was criticized for its inadequate armament, having only two machine guns in the cowling that were synchronized to fire through the propeller.  Differing combinations of guns were used including two 7.7mm weapons, two 12.7mm guns, or one of each size.  The Ki-43 1b used the later mixed armament.  Deliveries began in 1941, and a total of 5,919 of all versions were produced.  This made it the most numerous of all Japanese Army fighters during the war.  By the end of the war, many Oscars were being used as Kamikaze aircraft.

Today, only one K-43 1b is known to exist.  It was discovered in the dense jungle near Rabaul, and after passing though several owners, it was obtained and restored by the Flying Heritage Museum in Washington State.  It is in flying condition and has been flown since its restoration, but the museum states that they will not fly it again because of its rarity.
This photo set provides a good look at the external details of the restored Oscar at the Flying Heritage Museum. 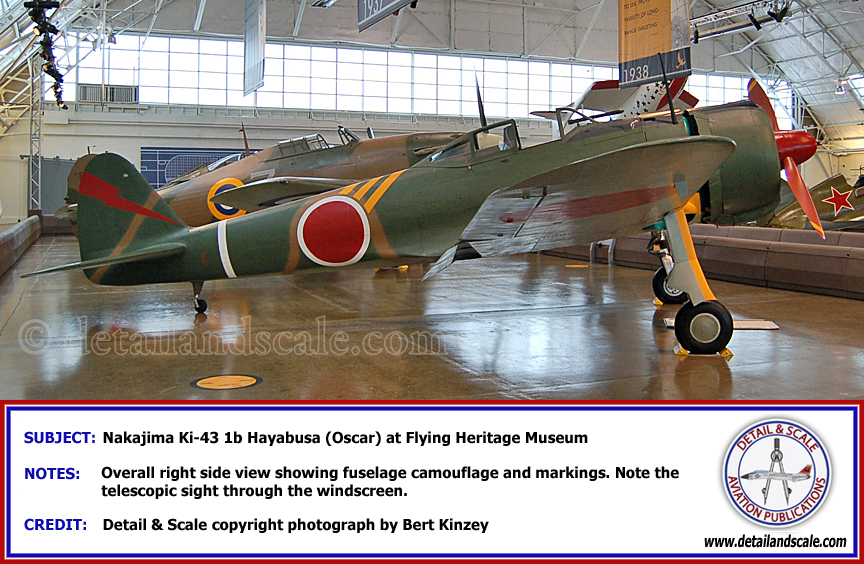 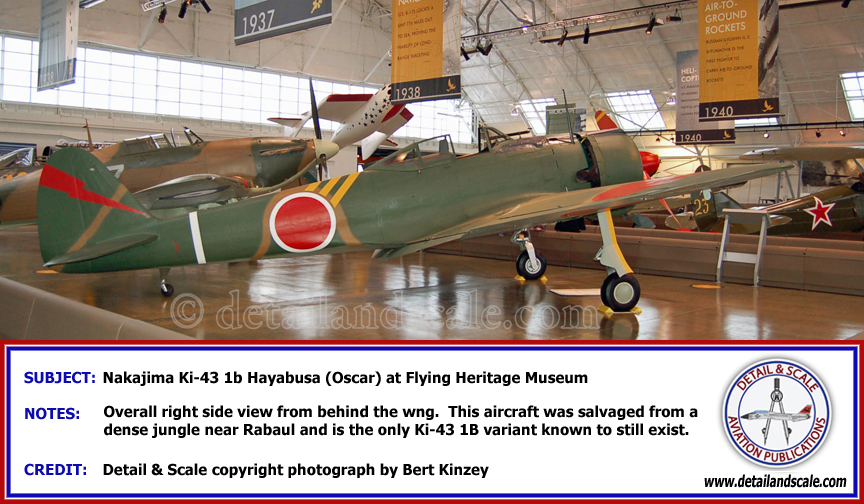 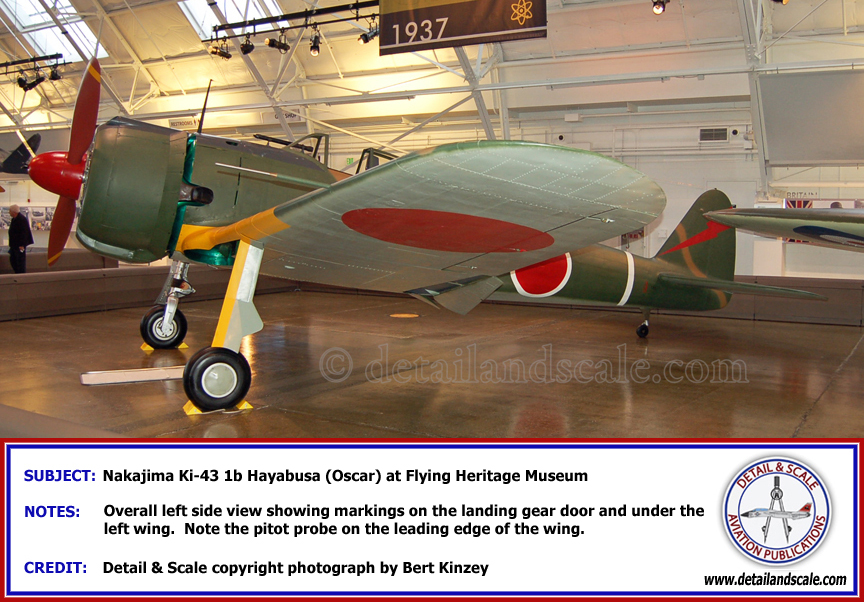 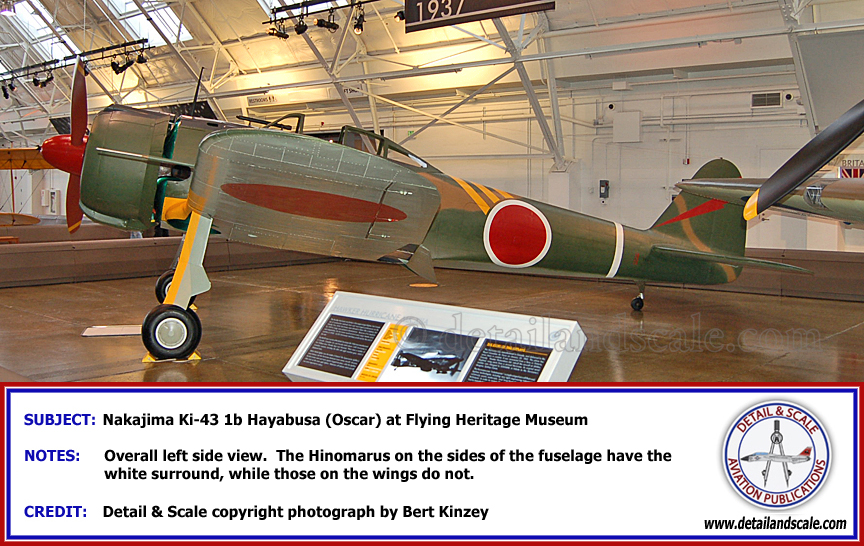 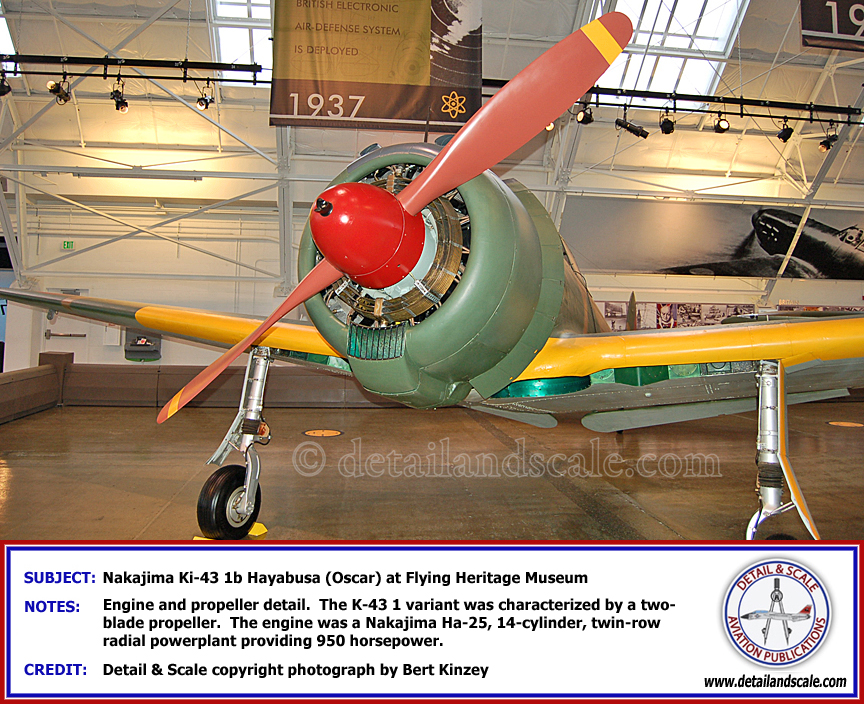 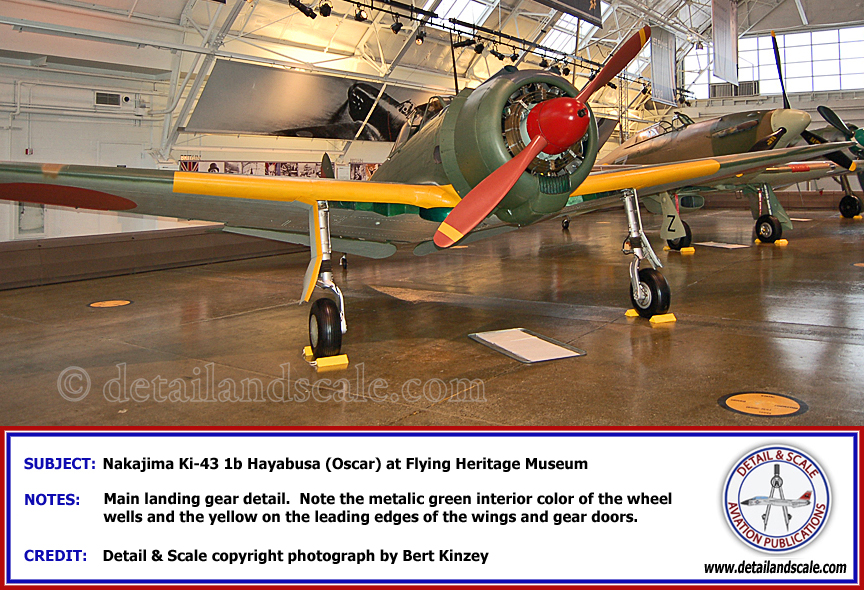 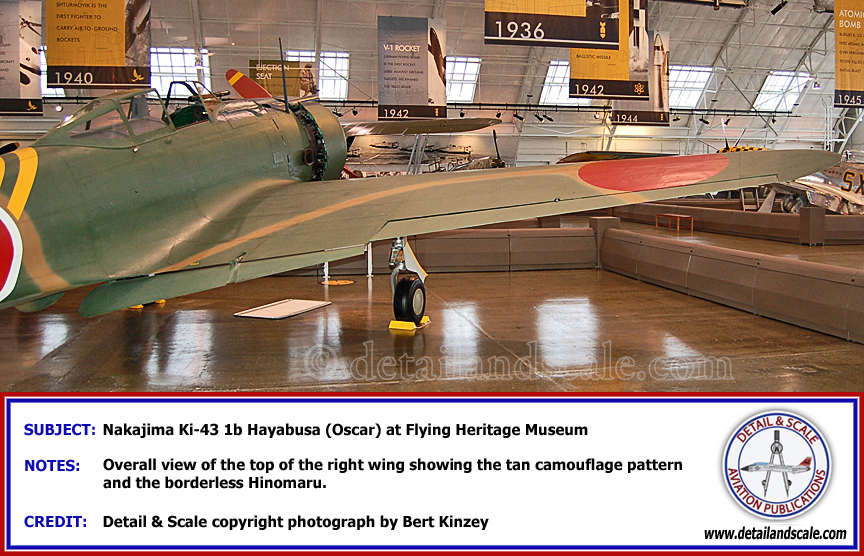 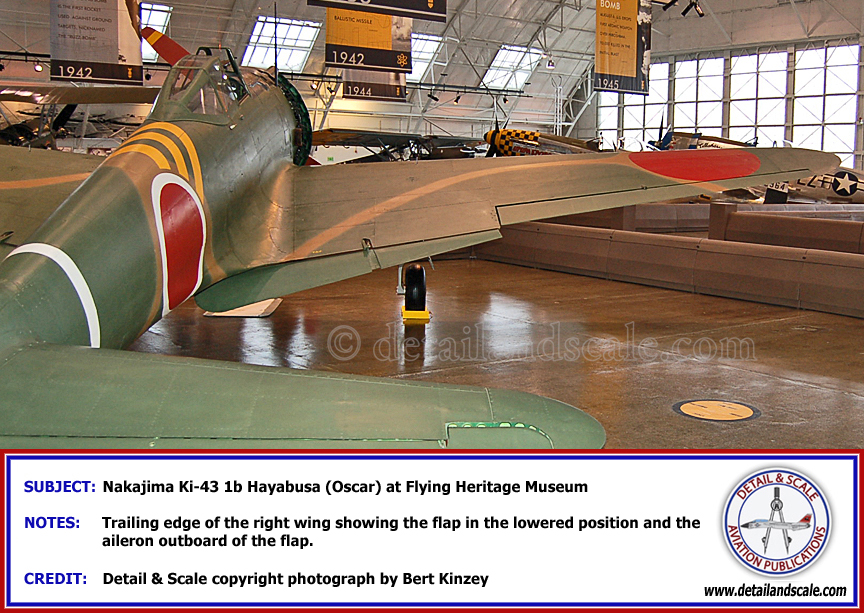 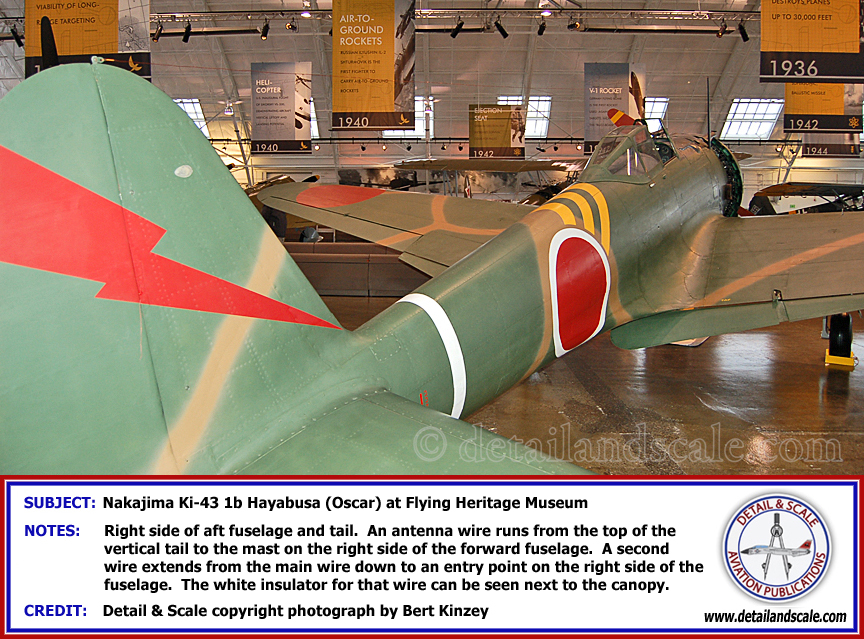 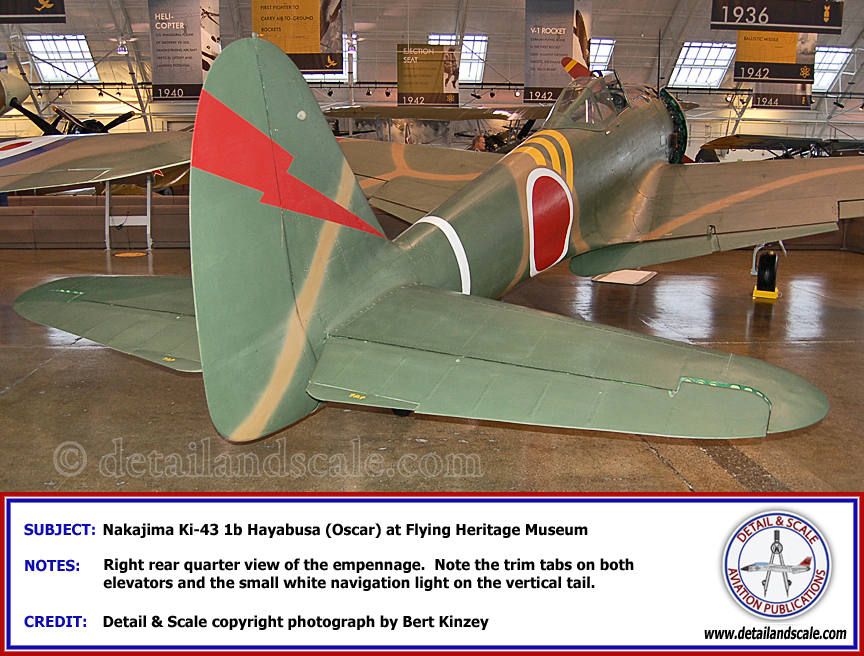 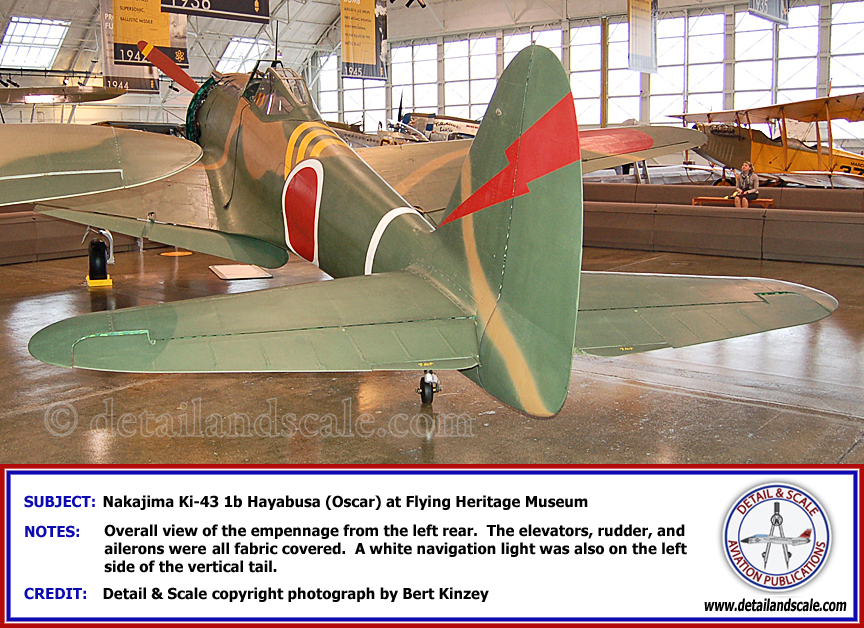 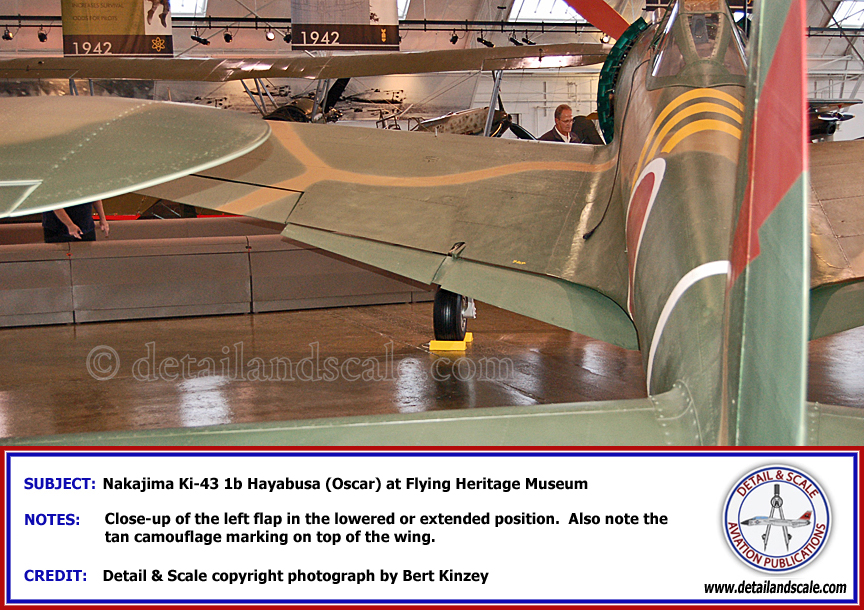