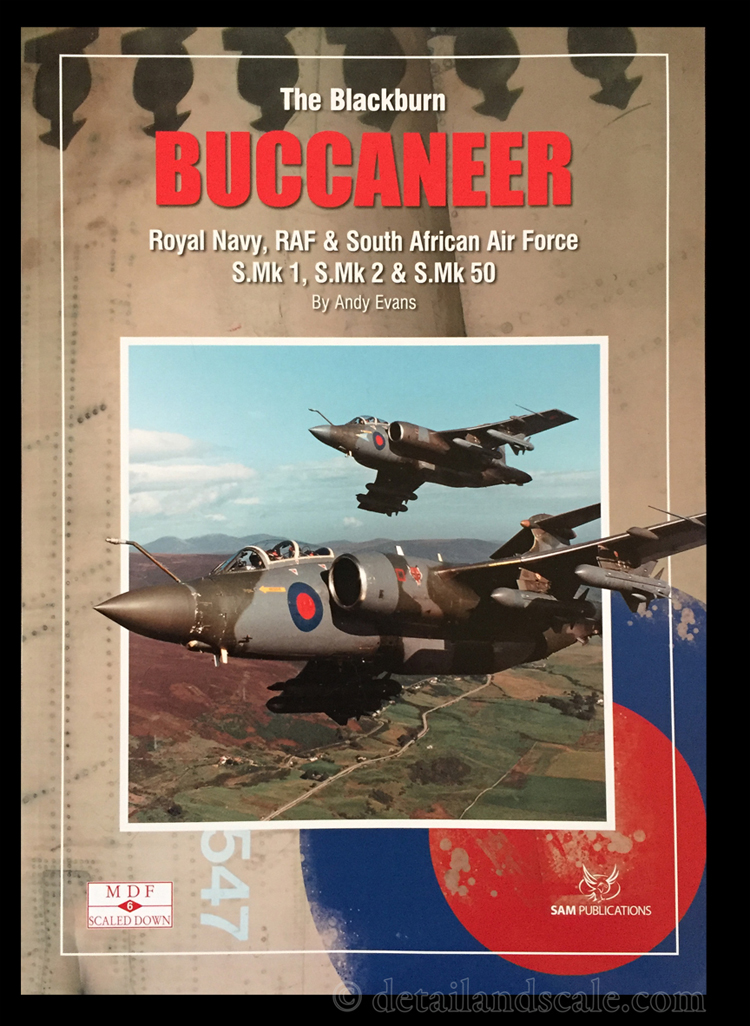 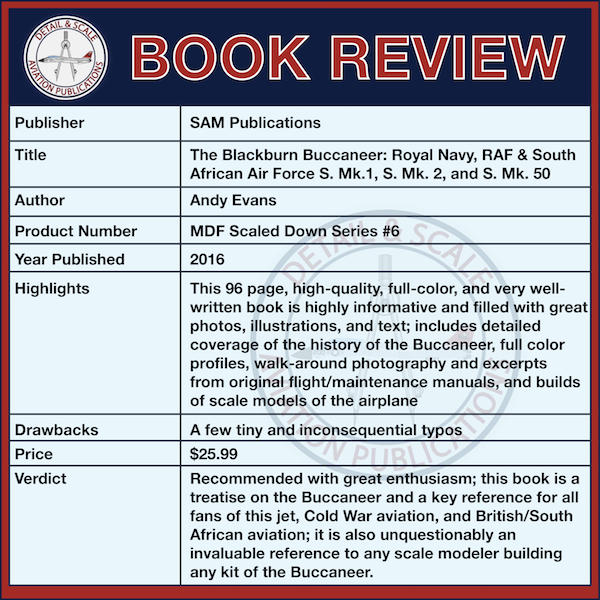 The Blackburn Buccaneer was a British high-speed, low-level attack jet that originated in the late 1950s.  It was specifically intended to meet the Royal Navy’s requirement to employ nuclear or conventional weapons against the USSR’s significant SVERDLOV-class cruiser fleet that threatened the British Isles if the Cold War ever turned hot.  The Buccaneer entered Royal Naval service in 1962.  With the cancellation of the TSR-2, the Royal Air Force began to operate the Buccaneer in 1969.  Its only foreign operator was the South African Air Force.  As the Sea Harrier replaced the Buccaneers in the late 1970s, the remainder of the inventory was shifted to the RAF, and by the 1980s, many Buccaneers had aged-out and the fleet was populated with 60 of their least fatigued and youngest airframes.  The Buccaneer first went to war during the 1970s and 1980s in the South Africa Border War with the SAAF.  The airplane gained far greater notoriety for being vaulted (literally, given three days notice before deployment) into Operation GRANBY (the U.K.’s component of Operation DESERT STORM) in 1991.  Tornado GR.1s already in theater found that they were extremely limited in their ability to employ laser-guided munitions, and so the Buccaneers with their PAVE SPIKE laser designator pods were called upon to designate targets such as bridges, airfields, and bunkers, for the Tornados, along with being tasked with their own precision strikes.  This marked the apex of the Buccaneer’s long and successful career with the last RAF jet retired in 1994.  In this recent SAM Publications volume, author Andy Evans explores the background, history, and technical details of the Buccaneer.  The book also includes builds of scale models of the Buccaneer and detailed walk-arounds of preserved airplanes.

Evans’s 96-page book on the Buccaneer is printed in full color on high-quality paper.  There’s not a wasted inch of layout on any page, and the book is rich in detail and content.  The text is divided into five chapters (Introduction, Design and Development, Royal Navy Buccaneers, Royal Air Force Buccaneers, South African Air Force Buccaneers, and The Sky Pirates – Buccaneers in the Gulf War).  Each of these chapters is replete with detailed information on the history, development, systems and components, variants, and together, represents a chronicle of the airplane’s role in history.  Coverage is also provided of the racy but quite famous Gulf War Buccaneer nose art.

The next section includes four great builds of a few different issues of the 1:48 scale Airfix Buccaneer kit.  Richard Spreckley built his as a Red Flag Buccaneer S.2.  Particularly notable is Spreckley’s scratchbuilt exposed Spey engine, wheel wells, and bomb bay.  The quality of the Airfix kit’s cockpit is not up to today’s standards, and the NeOmega resin cockpit was quite important to bring into the equation.  Arthrit Sukthavon’s “Arctic Pirate” Buccaneer S.2B is very impressive as well and features a particularly outstanding finish – it’s one of my favorite Buccaneer schemes of all time.  Rene Van Der Hart’s “Saints Striker” is another S.2B in the colors of No. 16 Squadron finish (and again featuring a NeOmega resin replacement cockpit).  Gerry Doyle models the Buccaneer S.2D with a few in-progress shots including his take on the NeOmega cockpit and ejection seats (there’s a clear preference here).

The book wraps up with a set of four extensive appendices.  Appendix 1 features a 16-page detailed walk-around of Buccaneer S.2B XW547 “Guinness Girl” at the Royal Air Force Museum Hendon.  The walk-arounds are very extensive, and from my perspective as a scale modeler, it is pretty much everything that we need to see in clear and complete detail (e.g., gear, wheel wells, speedbrakes, wing folds, FOD covers; but see below).  Other photos of Buccaneer S.2B XX855 are provided during its operational life, and the section concludes with a few images of Buccaneer S.1 XN965 at the Newark Air Museum, U.K.  Appendix 2 contains a wide range of highly detailed technical line drawings from what I gather was the Buccaneer flight and/or maintenance manuals, covering from the inside out the cockpit to the engine, gear, bomb bay, weapons pylons, and more.  Appendix 3 presents a summary of all Buccaneer variants and squadrons.  Appendix 4 is a complete “kitography” that lists all the Buccaneer kits, aftermarket decals, and aftermarket accessories ever produced for the airplane.

There’s almost nothing to critique in this excellent volume.  However, I think many readers (especially the scale modelers) would have appreciated more systematic photographic coverage of the front and back cockpits and the ejection seats.  There are a few tiny typos in two or three photo captions.  When Spreckley talks about his Red Flag Buccaneer, I think he means to say Red Flag is conducted in Nevada, not Arizona.

Overall, this is a great book and an excellent reference on the Blackburn Buccaneer.  It is very well written and a pleasure to read.  It is equally visually informative with great photos and illustrations.  In other words, this book is a treatise on the Buccaneer and “must-have” for all fans of the Buccaneer, Cold War aviation, and British/South African aviation.  It is also unquestionably an invaluable reference to any scale modeler building any kit of the Buccaneer… now, where’s that 1:72 Czech Master Resin kit in my stash…