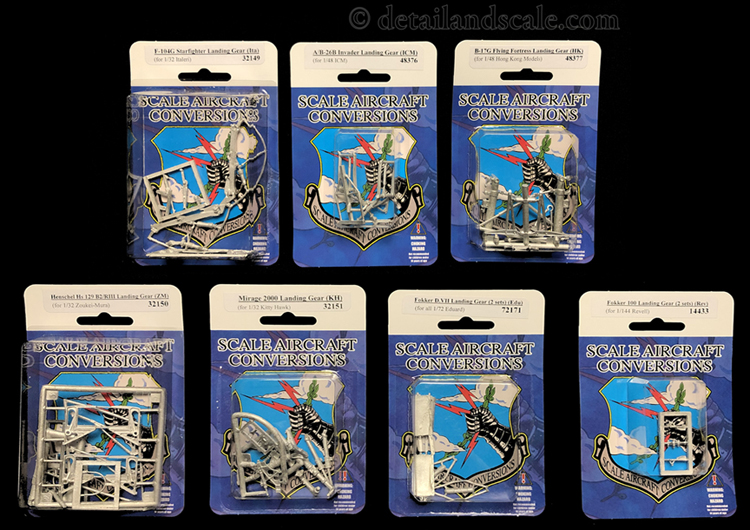 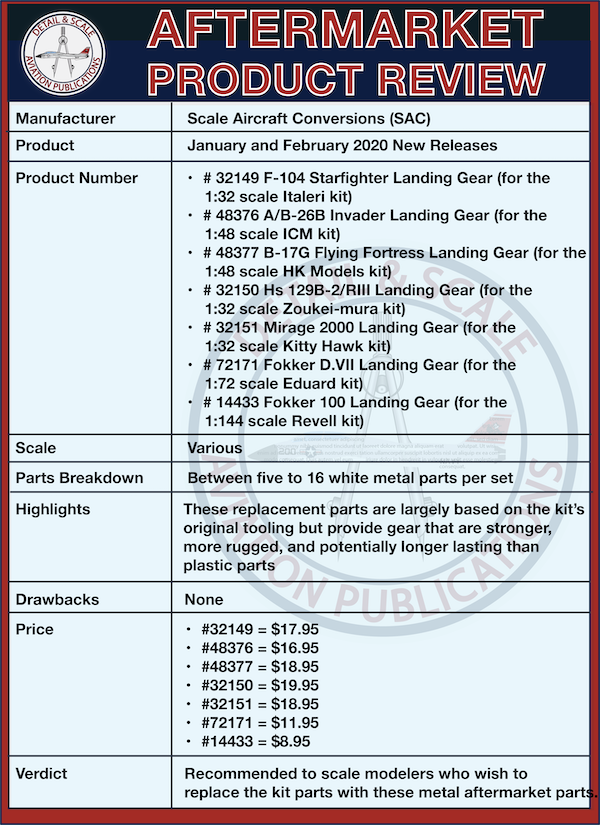 Scale Aircraft Conversions (or SAC, for short) is a well-known manufacturer who has been producing white metal landing gear for kits between 1:18 and 1:144 scales since 1990.  These are largely based on the kit parts but provide gear that are stronger, more rugged, and potentially longer lasting than plastic parts.  Here, we take a look at their January and February 2020 new releases.

SAC # 48376 A/B-26B Invader Landing Gear contains five white metal parts for the recently released, new tool 1:48 ICM kit (and incidentally, while I have not reviewed that kit at Detail & Scale, I am a BIG fan of ICM’s work with their Invader).

When working with SAC landing gear, I usually like to gently polish them with a buffing wheel or buffing pad in my Dremel set at a very low RPM.  For me, that provides the means for any necessary clean-up and a great, super-smooth surface to apply primer and then paint.  Some scale modelers really enjoy using these white metal landing gear parts.  They are stronger than polystyrene (something to consider especially for larger-scale kits) and thus are better at long-term load-bearing.  These parts are also just a little malleable allowing for minor gear alignment or dihedral tweaking.  And remember, superglue is needed to bond metal to plastic.  Thicker, gap-filling CA glues are best for this kind of work.  Lastly, SAC gear contains no lead and is safe to work with.

We extend our sincere thanks to Ross McMillan at Scale Aircraft Conversions for the review sample.  You can visit them on the web at https://www.scaleaircraftconversions.com where you can browse all their products, order directly from SAC, or drop them a line as needed.