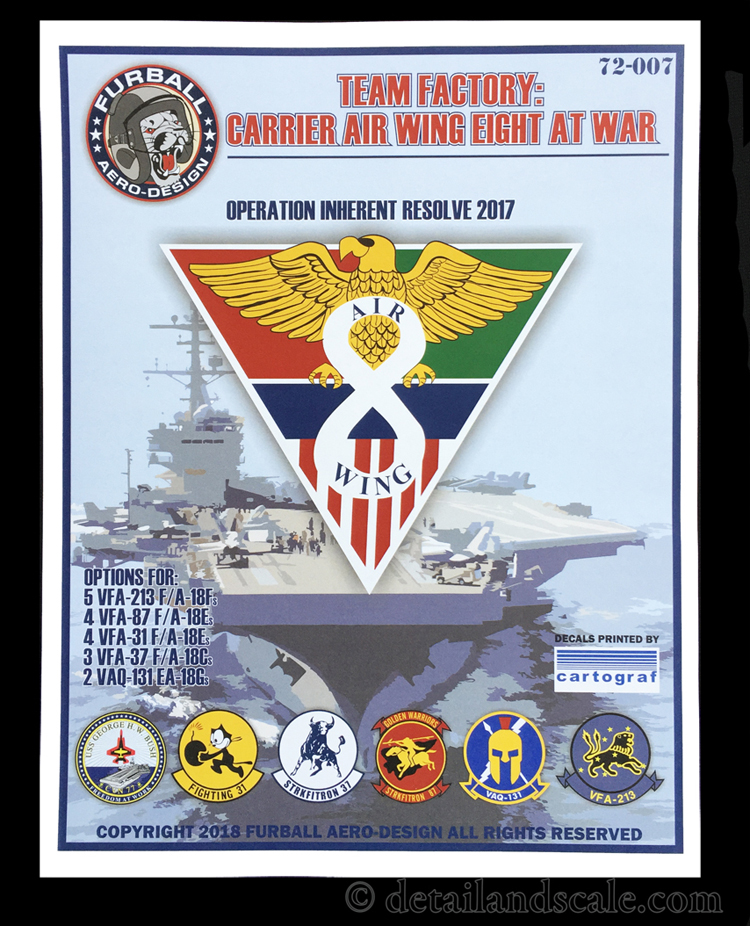 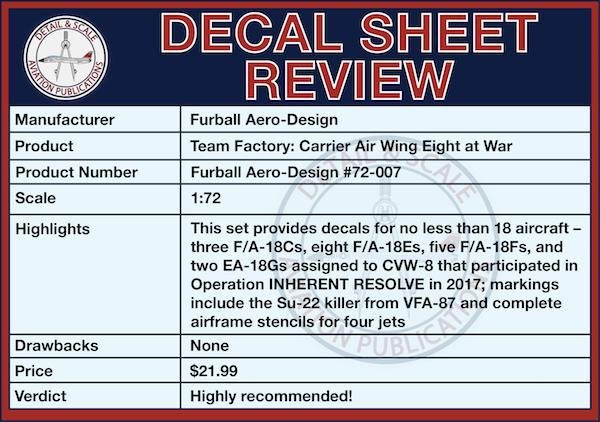 In 2017, the pace of combat operations against ISIL reached a crescendo as American and allied forces began to deliver what is now considered to have been the final blows to the so-called Islamic State, scattering, destroying, and degrading their military capability and ejecting them from their presumptive capital of Raqqa, Syria.  This was a combined effort of ground forces and air power, and the contribution of the U.S. Navy’s Carrier Air Wing Eight (CVW-8) embarked aboard the U.S.S. GEORGE H.W. BUSH played a key role in this outcome.

In this release, Furball Aero-Design provides decals for no less than 18 aircraft – three F/A-18Cs, eight F/A-18Es, five F/A-18Fs, and two EA-18Gs assigned to CVW-8 that participated in Operation INHERENT RESOLVE in 2017.  The set is not really optimized for any one kit, and these markings can be adapted to largely any Hornet, Super Hornet, and Growler kits.  The set holds these markings on two large decal sheets and also comes with enough stencils for four individual airframes:

These decal sheets provide nothing less than a complete historical compilation of the many diverse paint schemes found among the high- and low-visibility paint schemes of the jets from CVW-8 in their 2017 OIF deployment.  There is a figurative ton of interesting and diverse markings and markings variations for the scale modeler here.  These include the marking for the VFA-31 CAG jet with the special “Colonial” markings for the USS BUSH’s visit to the UK in Operation SAXON WARRIOR, the even more unique “Gladiator Felix” tail art on BuNo 169120 which was a VFA-106 line jet borrowed by the Tomcatters, the high-vis colors of the VFA-213 CAG jet that was configured as a buddy tanker (and with “Angry Birds” nose art), and the colors on the VFA-87 CAG jet that was a retro-style paint scheme that pays homage to their days as A-7 Corsair II operators.

There’s also the VFA-37 CAG jet with the names of fallen heroes lost during the war on terror adorning the insides of the vertical stabilizers.  The sheet contains plenty of line jets, too, none of which are more historic that F/A-18E BuNo 168912, which was the Su-22 killer in July 2017, and markings are also provided for his wingman, BuNo 168915.  Many of these jets also had mission markings on their noses, and range in number from about one dozen to 110 on one of the Black Lions jets.

The quality of the decal design is superlative, and the printing by Cartograf is technically impeccable.  Colors are vibrant, in perfect register, and carrier film is very thin and exceptionally restrained.

Furball does their typical job of providing excellent markings guides and invaluable historical and technical notes on specific airframe configurations, including their during-deployment and post-deployment markings variations.  There’s even pointers on the correct markings for the Su-22 killer on the day of and the later subsequent appearance with the kill marking on the side of the nose.  Full airframe stencils are also provided for Super Hornets, Growlers, and legacy Hornets alike.  A loadout diagram provides a guide for proper stores configuration during the 2017 OIR cruise.  Among the stencils, there are even markings for the NACES ejection seats and the array of white ceramic tiles ringing the internal surface of the engine exhaust nozzles – a really great touch, especially in 1:72 scale.

Many thanks to Furball Aero-Design for the review sample. You can find them on the web at http://www.furballaero-design.com/default.asp and on Facebook at https://www.facebook.com/FurballAeroDesign 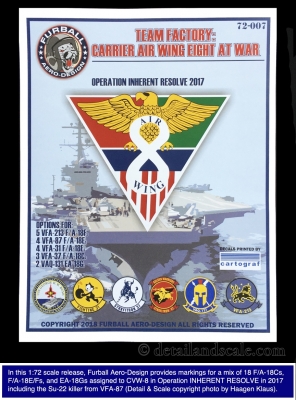 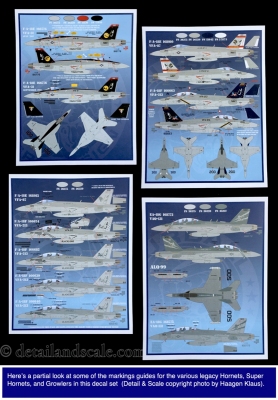 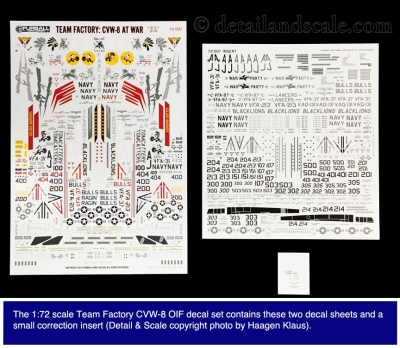 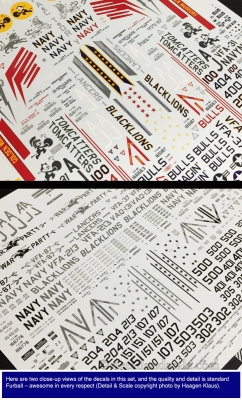