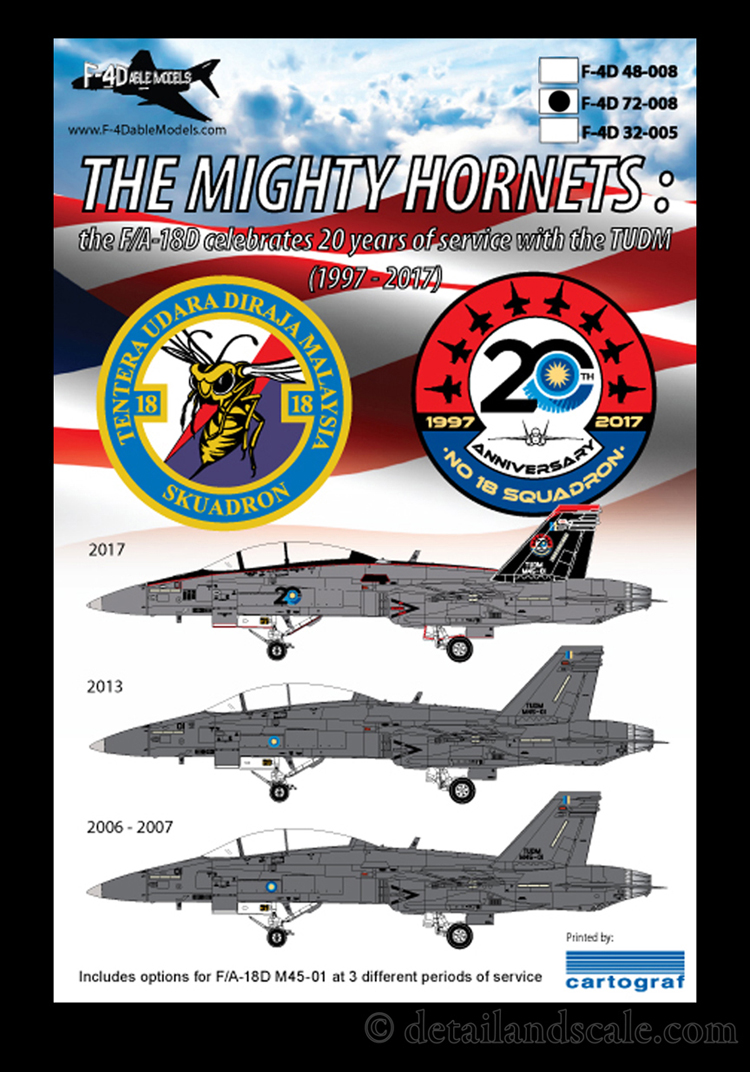 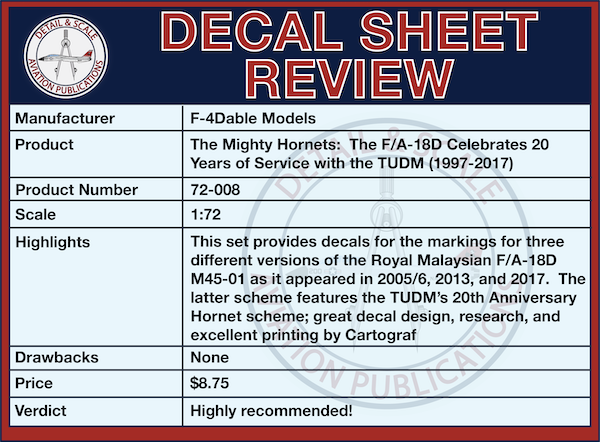 The McDonnell Douglas F/A-18 Hornet Beyond served with the U. S. Navy and Marine Corps for more than three decades, and it has also been operated by a number of U. S. allies such as Canada, Spain, Australia, Kuwait, and Switzerland.  The Royal Malaysian Air Force (Tentera Udara Di Raja Malaysia, or TUDM) took delivery of eight F/A-18Ds in 1997.  These two-seat Legacy Hornets have proven to be key elements of Malaysian airpower.

These decals are an excellent combination of very well executed design work and outstanding printing by Cartograf.  It doesn’t get any better than this.  Printing is very clear, colors are solid, and carrier film is exceptionally thin and restrained.  The decal sheet contains a complete set of airframe stencils, and for the 20th Anniversary scheme, there are versions of the decals optimized for the Academy and Hasegawa 1:72 scale F/A-18D kits.  Note that there is an Errata decal sheet insert with reprinted markings for the Anniversary scheme (basically, all the reds).  The original sheet looks to have printed them a little dark, and this insert has the correct, lighter color.

The markings guide features great aircraft profiles and stencil placement guides.  There’s also a lot of information about these three particular schemes, and it reflects the depth of research behind these decals.  Detailed notes on the airframe configurations are supplied and guide the builder on how to modify the Academy and Hasegawa kits to accurately represent M45-01.  The instructions also note what aftermarket sets you might need for each kit to achieve that proper configuration.

Overall, F-4Dable Models has done does a great job with this decal set and it will allow scale modelers to build a three different incarnations of the TUDM’s 45-01 F/A-18D.  The high standard of research also shines through on the accuracy of these decals. 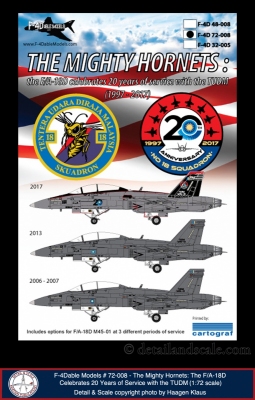 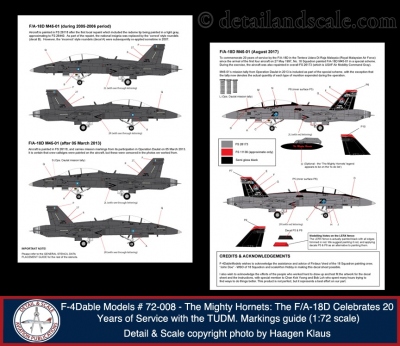 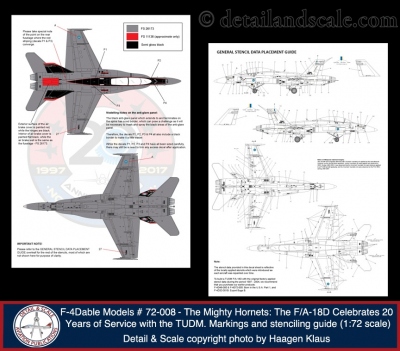 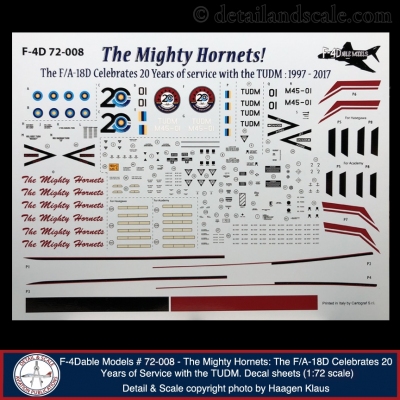 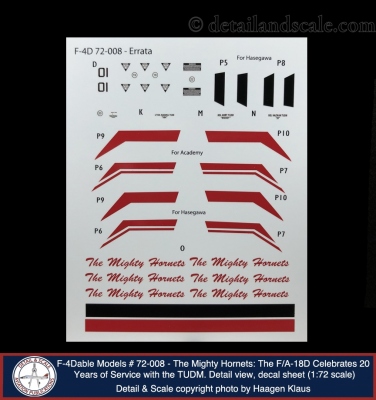