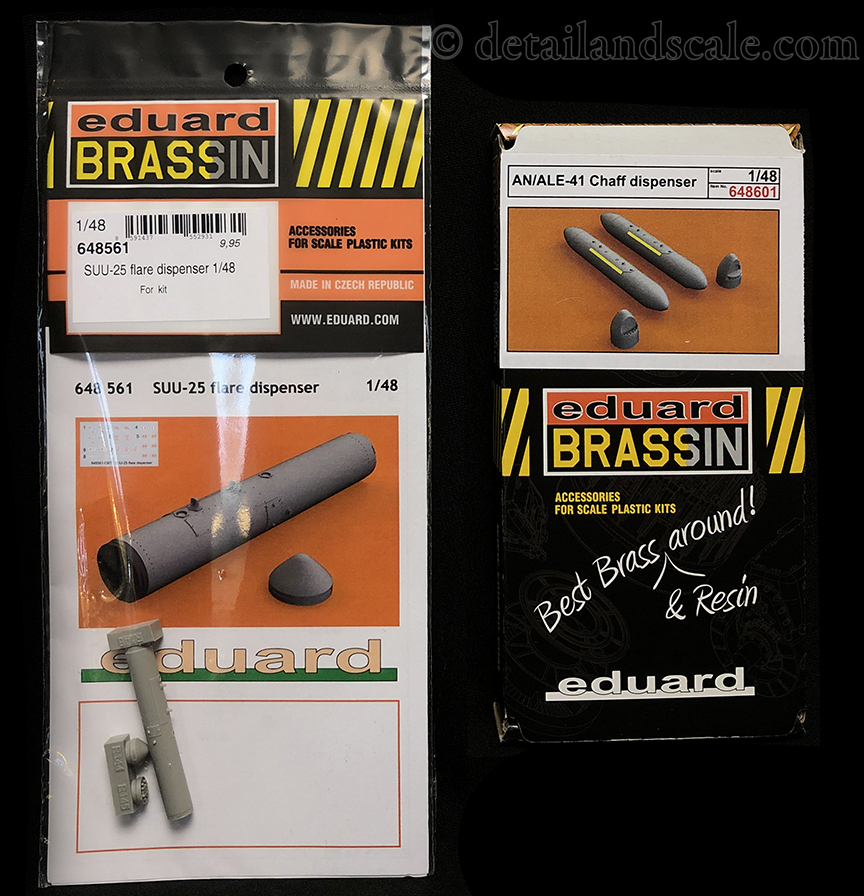 Over the years, Eduard has developed and released a large range of very high-quality aftermarket weapons and exterior stores sets in their Brassin product line. These either far outshine the parts that might be found in a kit or are items that simply are not produced in polystyrene plastic.  Here, we take a look at two recent sets in 1:48 scale that are of interest to a range of modern-era scale aircraft modelers.

Eduard # 648561 – SUU-25 Flare Dispenser (MSRP: $9.95).  The SUU-25 flare dispenser is carried by a range of modern USAF, USN, and allied aircraft.  It holds up to eight flares – either used to decoy infrared-guided missiles fired at an aircraft, or it dispenses target marking and pyrotechnic illuminating flares facilitating ground attack or reconnaissance work.  This set consists of one SUU-25 built up out of three cast resin parts: the dispenser tube body and forward and rear endcaps.  A small decal sheet supplies various stencils and other pod markings.

Both of these sets demonstrate Eduard’s characteristically superlative quality, from flawless casting, accurate detail, and excellent decals.  If you have a project that calls for either of these sets in 1:48 scale, look no further.

We extend our sincere thanks to Eduard for the review sample. You can visit them on the web at http://www.eduard.comand on Facebook at https://www.facebook.com/EduardCompany/