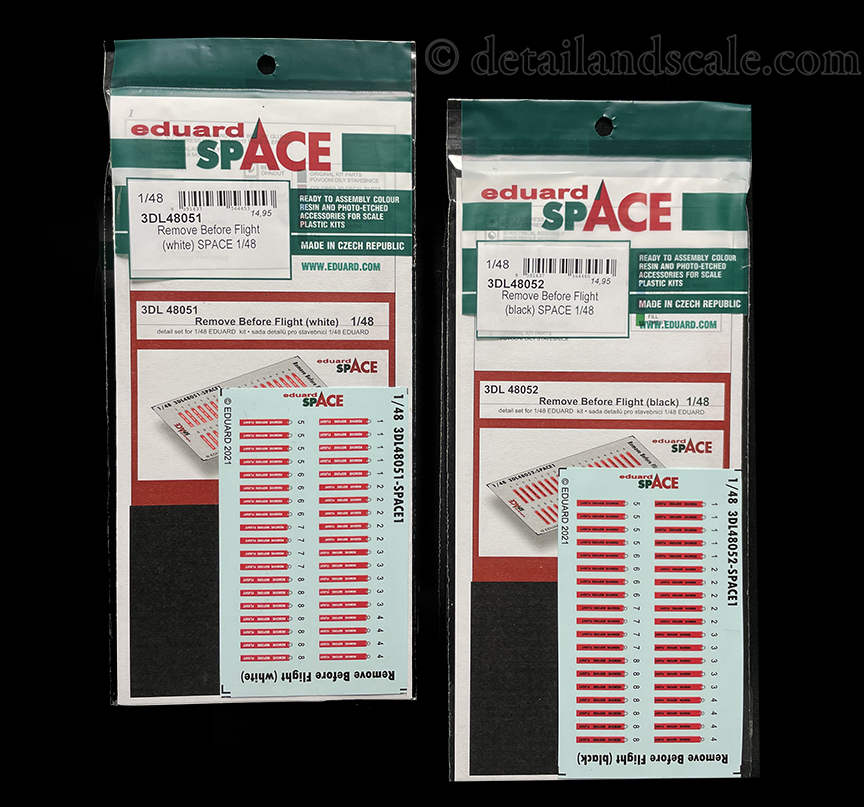 These are polymerized vinyl parts that are 3D-printed directly onto a piece of traditional decal paper.  Once dipped in water and released from the decal paper, you are ready to go.  Just as with Eduard’s PE metal remove before flight tag sets, a scale modeler can twist and shape these parts as they wish.  The small loop hook atop each tag allows the builder to thread some fine wire through and pin it to the corresponding item.  It should be noted that 1:1 scale remove before flight tags have long come in a variety of sizes and colors.  These tags are representative of modern U. S. styles over the last 50 years or so.  Still, Eduard’s tags have always seemed a somewhat oversized, and at best, represent the largest of all remove before flight tags used on modern military aircraft.  Often, I use Eduard’s 1:48 scale tag sets (such as these) on 1:32 builds and their 1:72 scale tags on 1:48 scale projects, and they all generally seem to be more size appropriate one scale category up.