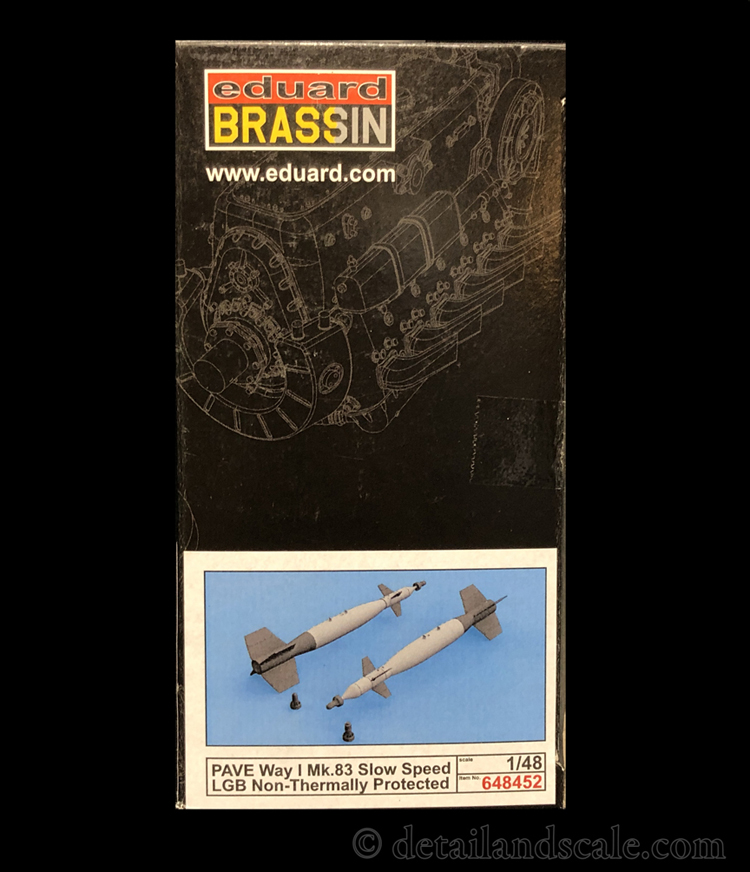 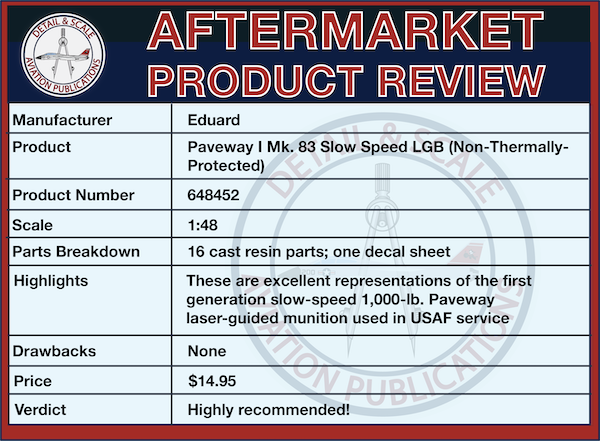 The history of air warfare has progressively developed air-to-ground weapons of increasing precision, from the early days of literally throwing a bomb out of the cockpit in WWI to the formations of thousands of bombers using saturation bombing to destroy a single target in WWII.  In the 1970s, precision air-to-ground weapons started to come of age in the form of laser-guided weapons, which often involved adding a laser seeker head and steering fins to a traditional bomb body along with a modular tail fin kit.

In this Brassin set, Eduard provides parts for two Paveway I Mk. 83 Slow Speed LGBs – the forerunner of the GBU-16 Paveway II that was introduced in 1976.  You get two 1,000-lb. bomb bodies with integral tailfin kits for each, along with two different styles of seeker heads and separate forward canards (fins).  There’s also a decal sheet with markings for the bomb stenciling.  Do note that the bomb bodies are smooth – they do not feature the ablative thermal protection coating used by U. S. Navy or Marine Corps weapons.  This means that this set is strictly for USAF aircraft.

Overall, this is a very impressive set.  The resin casting is great.  The cast resin details are really nicely executed, down to the lugs on the bomb bodies themselves.  These are excellent representations of the first generation slow-speed 1,000-lb. Paveway I laser-guided munition.