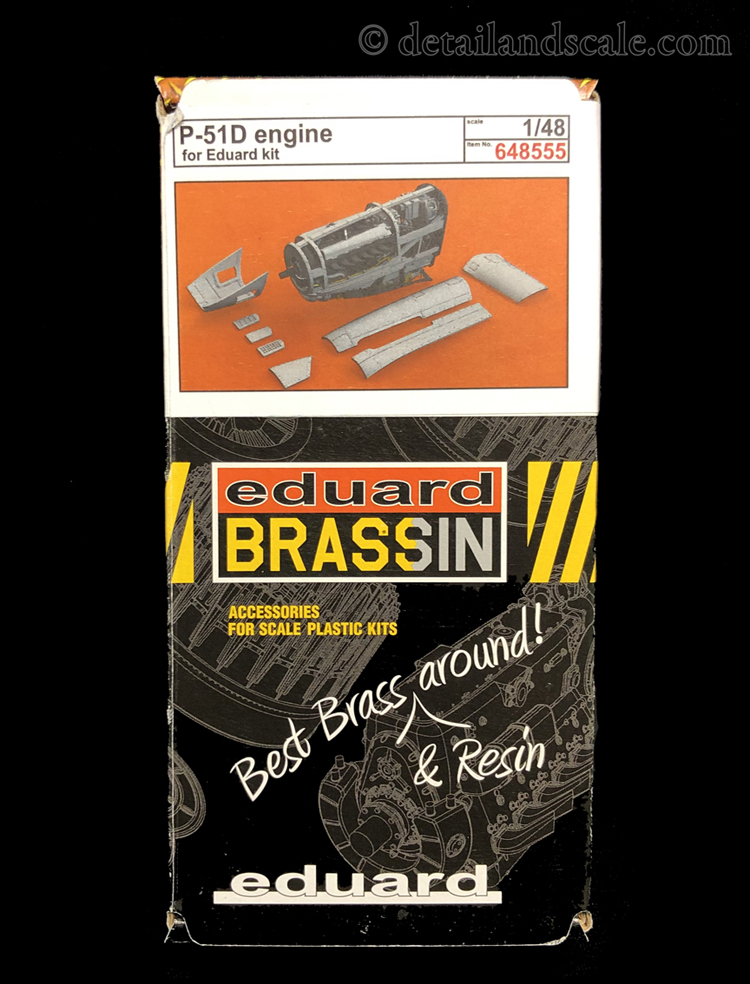 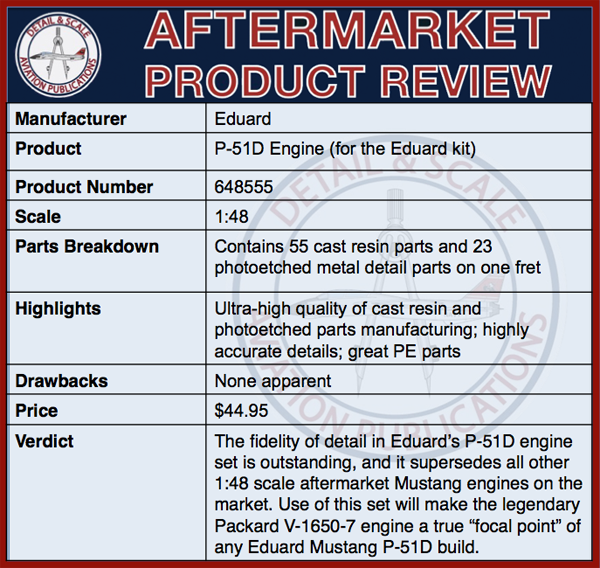 One factor that made the P-51D Mustang a legend of aviation involved a unique airframe-powerplant combination.  The Allison V-1710 engine powered early Mustangs, but it had limited high-altitude performance, among a few other constraints.  The RAF was the first operator of the Mustang, and the British soon began actively experimenting with new engines.  The P-51B/C (Mustang Mk. III) was fitted with a Rolls Royce Merlin powerplant, and it provided substantial improvements.  The definitive P-51D was powered by the Packard V-1650-7, a U. S. built version of the two-speed, two-stage-supercharged Merlin 66.  It was a 12-cylinder liquid cooled engine capable of developing up to 1,490 hp that could be boosted as high as 1,720 hp.  The Packard Merlin-powered P-51D could reach airspeeds up to 450 mph in level flight (and out to around Mach 0.8 in a dive), climb at a rate of 3,200 feet per minute, and fly and fight as high as 42,000 feet.  It was aircraft and engine combination for the ages.

Eduard has done some amazing aftermarket engine sets in their Brassin product line for their kits such as their 1:48 scale Fw 190s, Bf 109s, and Tempest Mk. Vs (which you can find reviews of HERE).  Eduard’s growing line of 1:48 scale P-51D kits finally now has an engine set to go with their kits.  Let’s check it out.

This set contains 55 cast resin parts and 23 photoetched metal parts on one fret.  This set essentially is a complete nose replacement for the Eduard kit allowing the scale modeler to display the P-51D’s exposed engine.

What we have here may be Eduard’s best 1:48 scale engine to date.  It is stunning.  The fidelity of detail is remarkable, and the high-resolution casting is flawless.  It also appears to be exceptionally accurate.  Everything is there, from the engine itself to the carburetor, fuel and coolant pumps, coolant/aftercoolant pipes, the coolant header tank, the engine boost controller, oil filters, the oil tank, supercharger assembly, the carburetor air scoop duct, the engine mounts, the engine firewall, and more.  Two styles of exhaust pipes are provided (shrouded and unshrouded) as are three styles of engine air intake filters.  Various pipes are provided as single cast resin parts.  All of the engine cowling panels are provided as separate items, filled with gorgeous cast detail on their external and internal surfaces, alike.

In sum, this is an exceptional set.  The fidelity of detail is breathtaking.  It supersedes (by a lot!) all other 1:48 scale P-51D engines on the market.  The casting is superlative, and the detail featured in this set will make your engine a true “focal point” of your P-51D build.