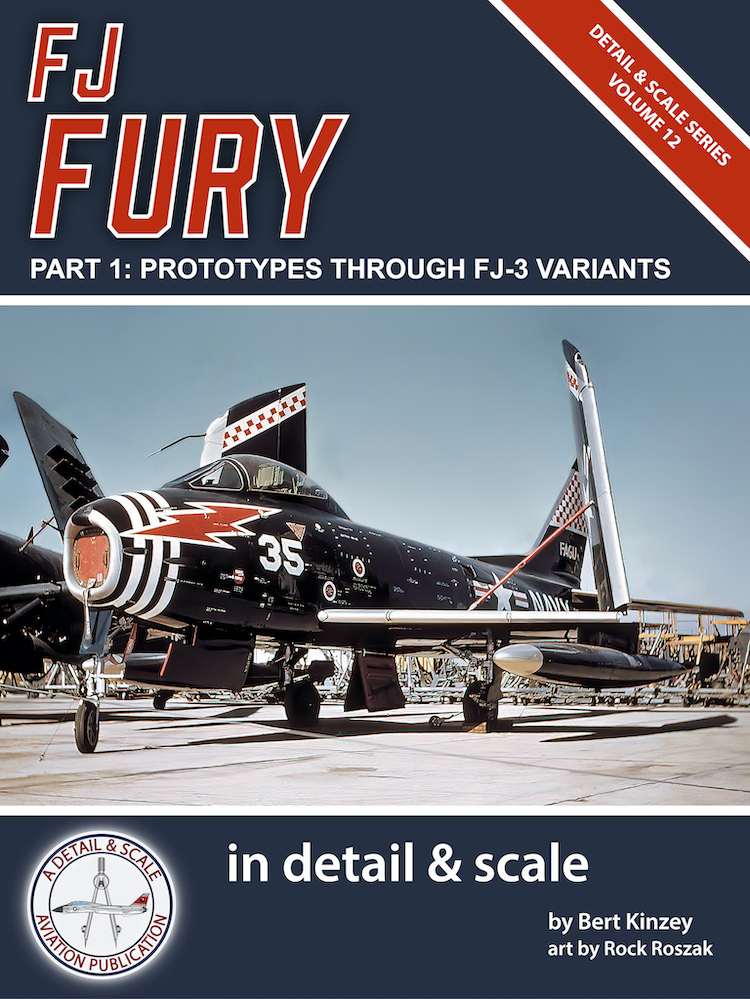 FJ Fury in Detail & Scale, Part 1:  Prototypes Through FJ-3 Variants is the first of two books that cover North American Aviation’s iconic early jet fighter that was flown by the U. S. Navy and Marine Corps.  The FJ Fury was a major milestone as the Navy developed its early jet fighters for carrier operations.  Moving from the original straight-wing design of the FJ-1, the FJ-2 would become operational with the Marines, and the FJ-3 would become one of the first swept-wing jet fighters to operate from aircraft carriers of the U. S. Navy in large numbers, along with Grumman’s F9F Cougar.  It was a small but essential step along the way that has led to the state-of-the-art supersonic fighters that followed.

The book begins with a chapter on the developmental history of the aircraft, covering its design and the production commitment by the Navy while World War II was still ongoing, through the evolution of the Fury up to the major redesign that resulted in the FJ-4 variant which will be covered in Part 2.  This is followed by a chapter which takes a closer look at each early variant of the Fury, from the straight-winged FJ-1, to the swept-wing FJ-2 which was basically a navalized version of the Air Force’s F-86E Sabre, to the improved FJ-3 and FJ-3M variants with a more powerful engine.  Also included is a section on the XFJ-2 and XFJ-2B prototypes.

As with all titles in the Detail & Scale Series of books, the last few pages are dedicated to scale modelers.  In the years since our first book on the Fury was published, several new kits of the these early variants of the Fury have been released, and these are all covered with reviews and photographs along with the older kits. 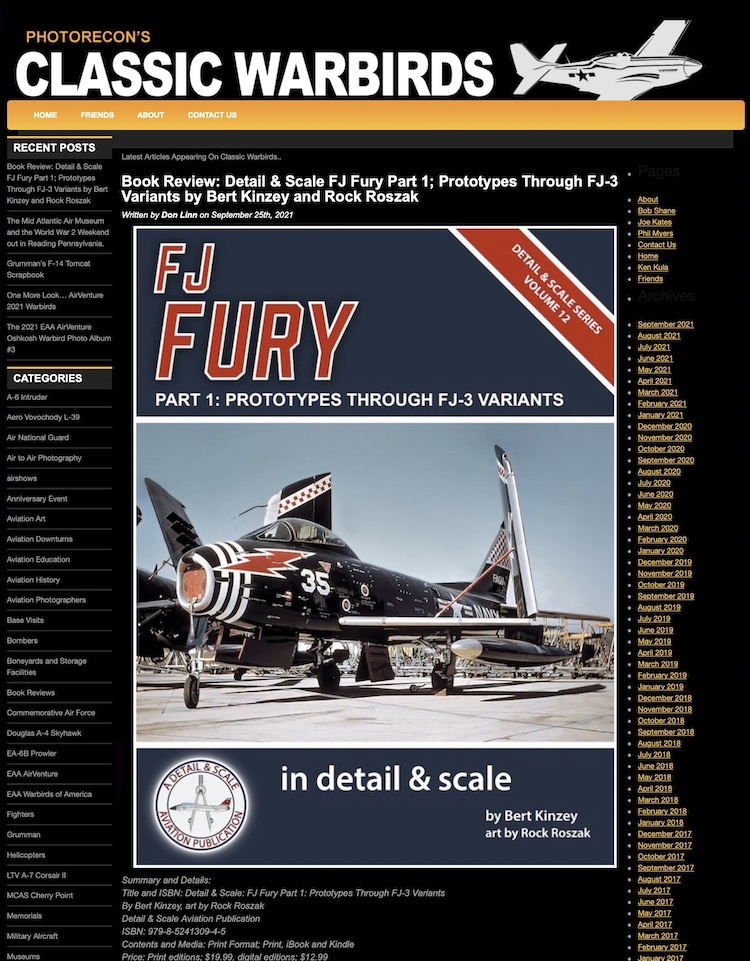 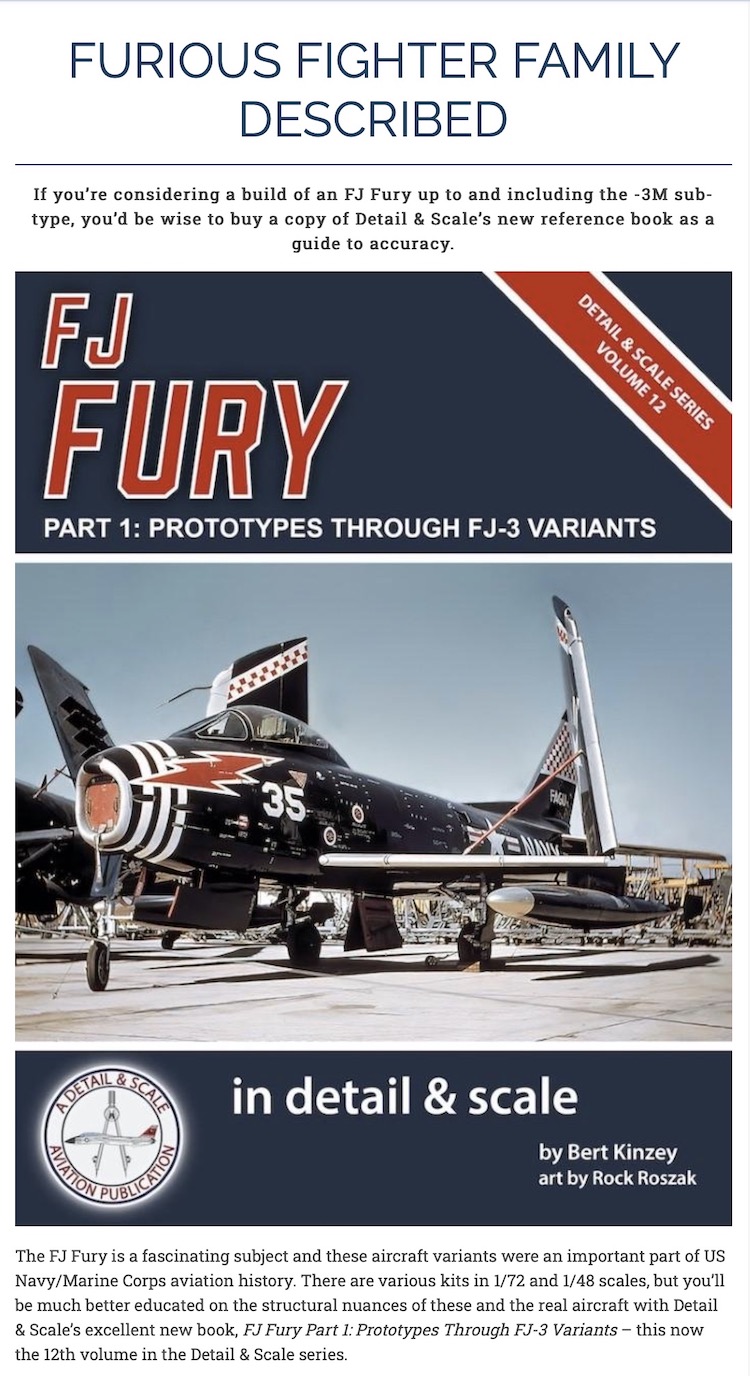