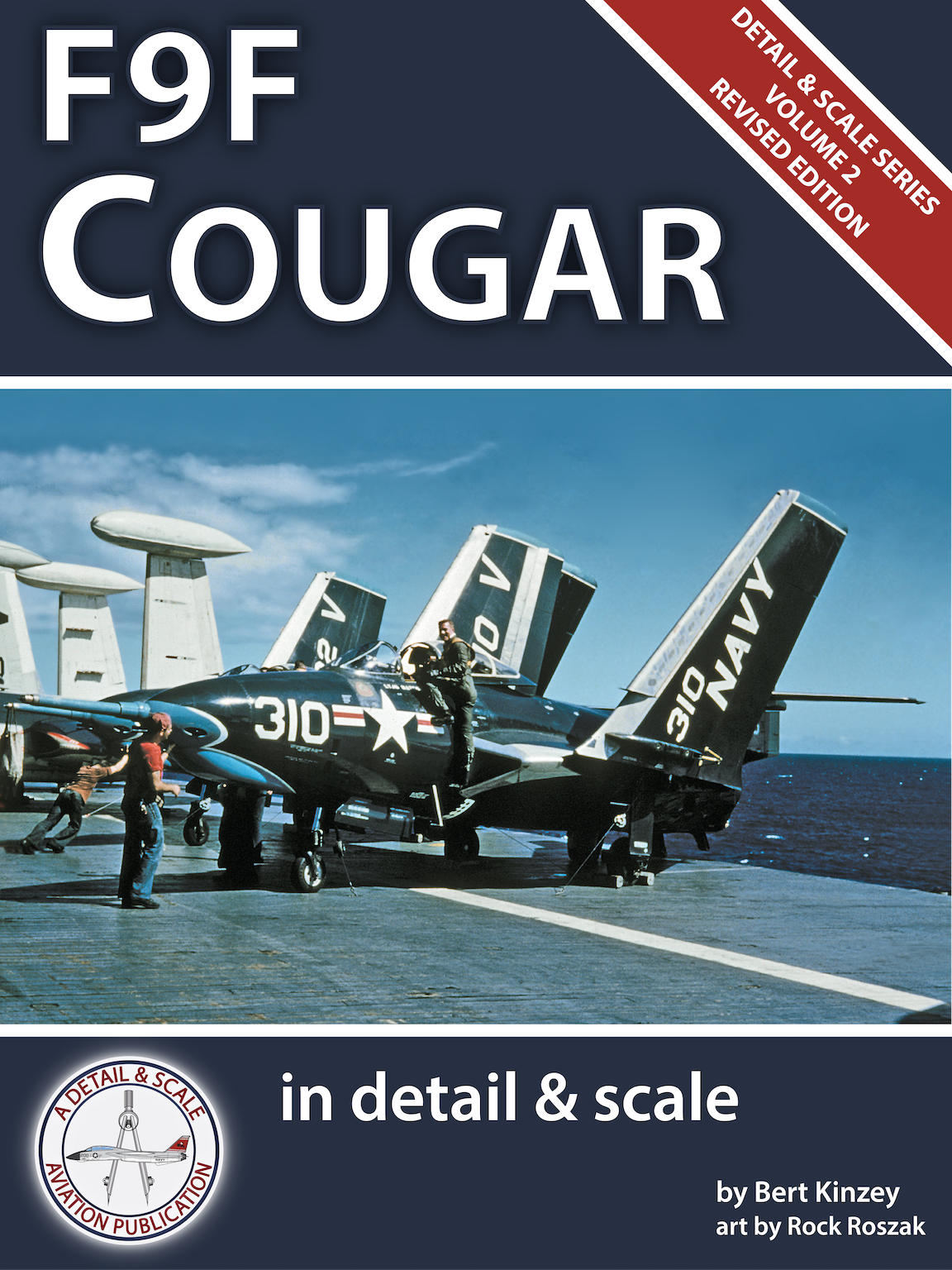 Over the past 40 years, Detail & Scale has published more than 100 books on military aircraft and U. S. Navy aircraft carriers.  After a ten-year break, Detail & Scale returned to the publishing scene in late 2013 and since that time has published a dozen new or updated books in the Detail & Scale Series, the Colors & Markings Series, as well as several stand-alone volumes.  While our digital books proved to be very popular, many customers longed for the traditional print book format, and in late 2017 we began to convert our digital books to a print-on-demand format.  The only book in our new Detail & Scale Series that could not be converted was our original Volume 2, F9F Cougar in Detail & Scale.  That book was just too large because it was basically a combination of the content we usually published in both our Detail & Scale and Colors & Markings Series.  So, in 2018 we pulled that book from our bookshelf and began the process of republishing it as two books, one in each series.  This book, F9F Cougar in Detail & Scale – Revised Edition, is the first result of this process.  It will eventually be followed by a second book, Colors & Markings of the F9F Cougar, which will cover all of the paint schemes used on the F9F and will look at all of the Navy and Marine fighter, attack, photo-reconnaissance, utility, test & evaluation, fleet air service, Reserve, miscellaneous squadrons, and the Blue Angels precision flight demonstration team, that flew the Cougar.  In combination, these two books will be the most comprehensive and detailed look ever published on this iconic aircraft from the Grumman Ironworks.

F9F Cougar in Detail & Scale – Revised Edition continues the Detail & Scale Series focus on specific aircraft details, including cockpit, fuselage, wings, landing gear, engine and armament, but it includes so much more.   It features a detailed look at the developmental history of the F9F Cougar, that begins with the prototypes, and continues with the F9F-6 in both fighter and photo-reconnaissance versions, and the F9F-7 Allison-engined variant.  It then covers the ultimate F9F-8 variant in its fighter, attack, and photo-reconnaissance versions, as well as the two-seat F9F-8T.  This aircraft, subsequently designated as the TF-9J, filled a training role with the Navy until the mid-1970s, and was the only version of the Cougar to see combat when the Marines used the aircraft in the Fast FAC role in Vietnam.

A comprehensive pilots’ report is included, featuring reminiscences from five Naval aviators who flew every Cougar variant.  The aircraft details chapter, long the hallmark of the Detail & Scale Series, covers the cockpit, windscreen and canopy, internal armament, fuselage, wings, pylons & external stores, landing gear, tail and engine assemblies.  This chapter alone contains more than 180 photos, 144 of which are in color, that highlight every aspect of this important aircraft.

Finally, as with all books in the Detail & Scale Series, a detailed look at all of the scale model kits that have been released of the Cougar is presented, including the two F9F kits released by the Kitty Hawk Modeling Company in 2014 in 1/48th scale and the recent Sword 1/72nd scale kits. 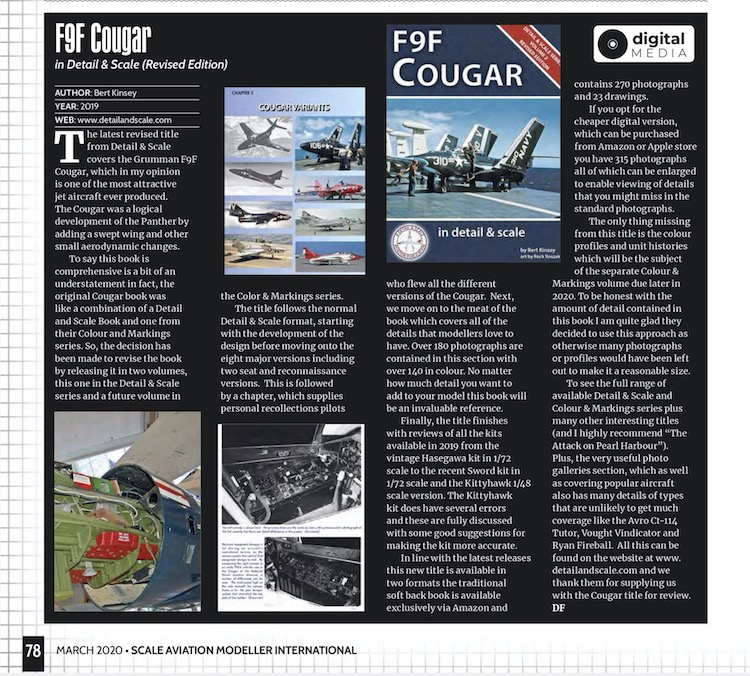 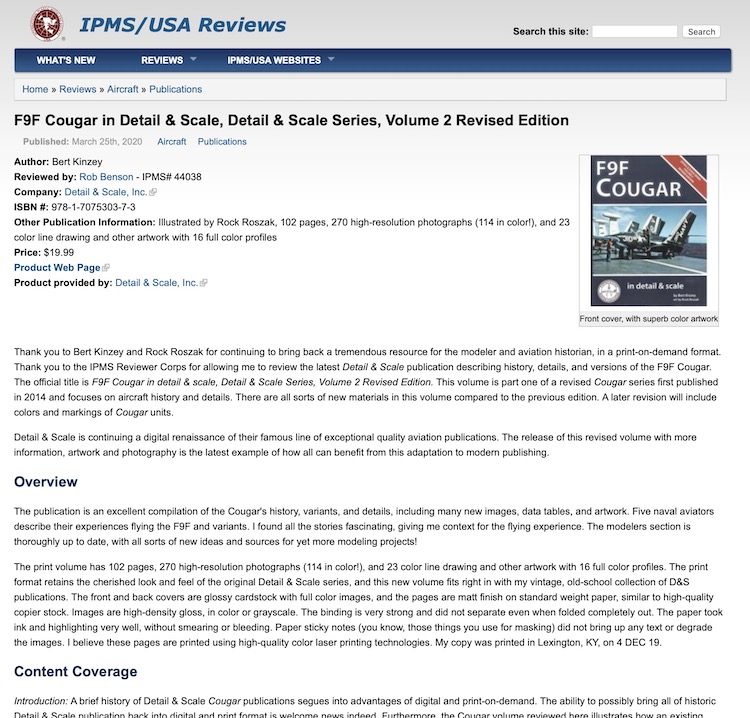