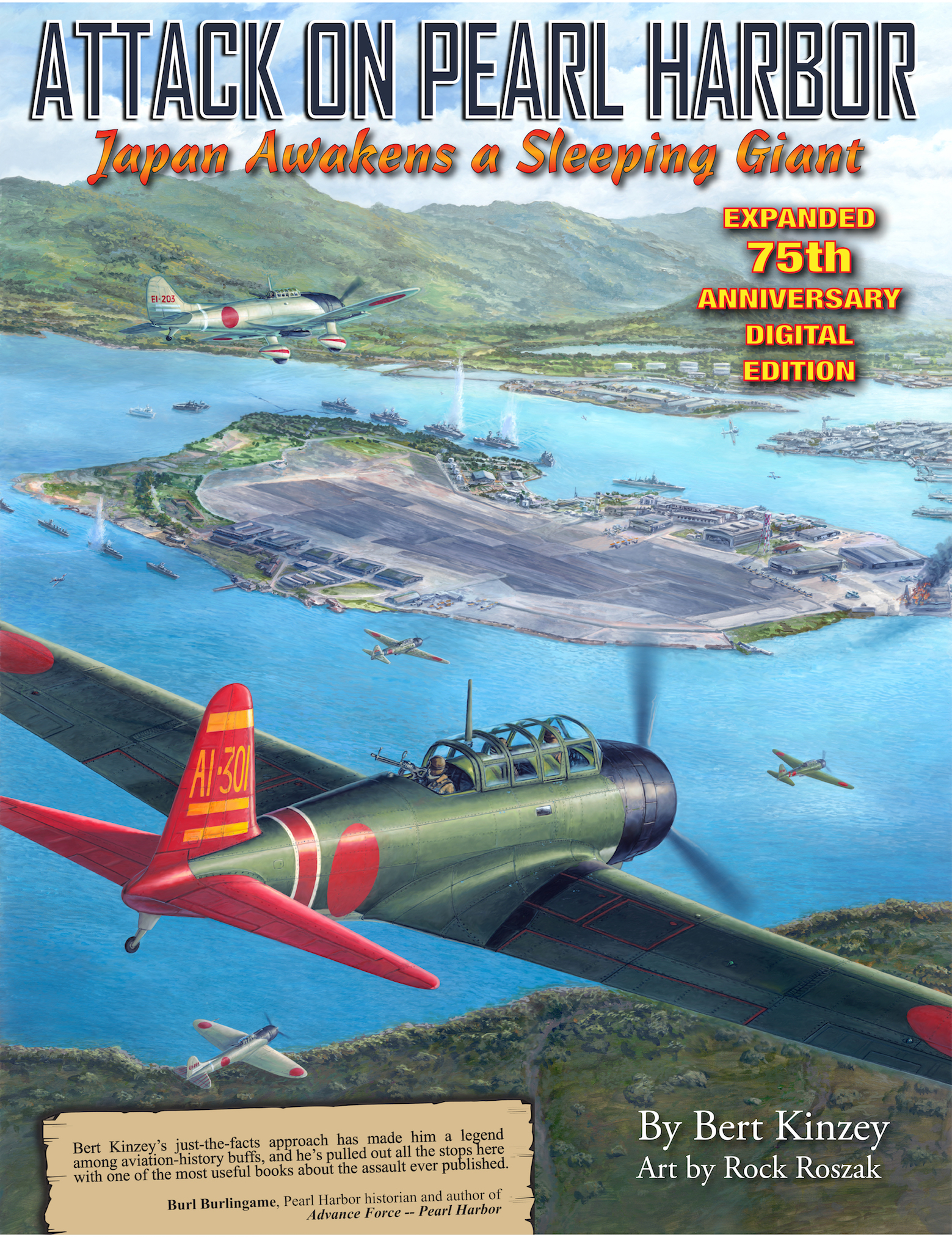 In 2010, Detail & Scale published the original Attack on Pearl Harbor, Japan Awakens a Sleeping Giant at the request of the USS ARIZONA Memorial Foundation, now a part of Pacific Historic Parks.  The goal was to produce a reasonably priced book that covered the Japanese attack on Pearl Harbor in as much detail as possible while limiting the book to a size that could be sold at less than $20 in the Pearl Harbor Museum bookstore.  That book proved to be very popular and is now out of print.  In researching that book, a significant amount of materials were collected that could not be included because of the limitations of the printing process…until now.  The 75th Anniversary Digital Edition of Attack on Pearl Harbor, Japan Awakens a Sleeping Giant is the most detailed and profusely illustrated book on the Japanese attack ever published.  With over 440 photographs, 12 maps and 58 illustrations created specifically for this publication, it stands as the singularly distinctive book on the Day of Infamy.

Features of the 75th Anniversary Digital Edition of Attack on Pearl Harbor, Japan Awakens a Sleeping Giant include: