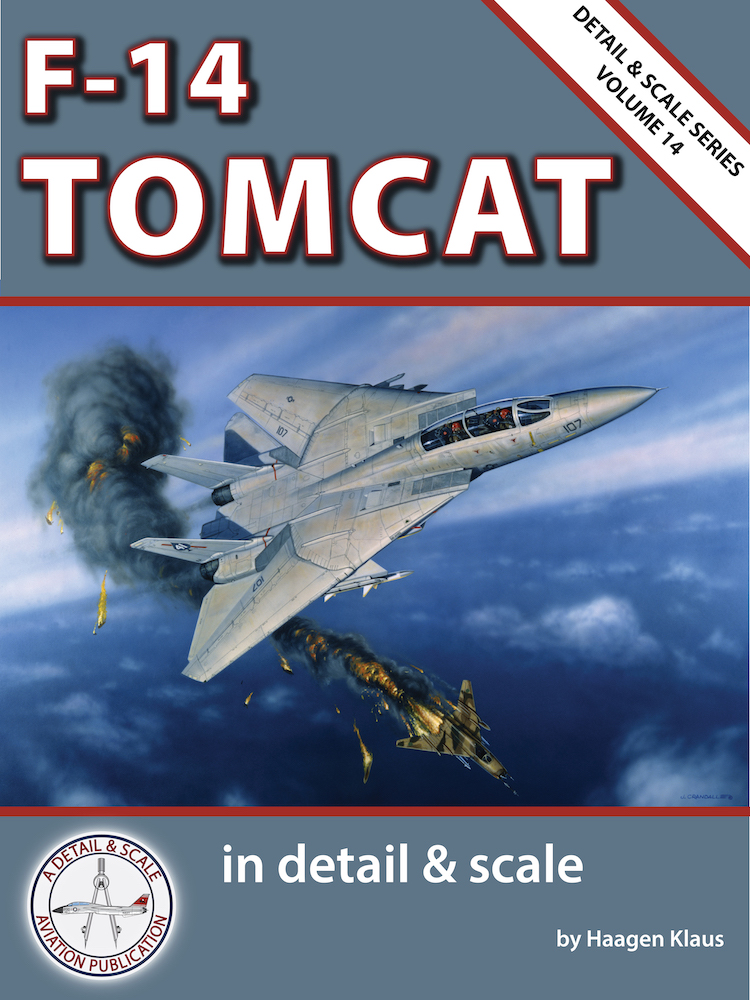 The Grumman F-14 Tomcat is an iconic aircraft.  Its historical significance, celebrity, distinctive appearance, and combat record set the Tomcat apart from many of its contemporaries.  The U. S. Navy operated the F-14 for thirty-six years, and when it was retired in 2006, the Tomcat had never been more capable, relevant, or effective.

F-14 Tomcat in Detail & Scale is an all-new book about one of the most well known and popular military aircraft of all time.  This profusely illustrated book is written by Haagen Klaus, who previously co-authored F/A-18E/F Super Hornet in Detail & Scale.  The author put together a team of expert contributors who worked with him to make this the most accurate and in-depth book possible on the Tomcat.  Among these are people who flew and maintained the F-14 and others who worked at Grumman during the time when the Tomcat was designed and built.  In addition to these experts, many aviation photographers have contributed scores of general and detail photographs that provide extensive coverage.

Detail & Scale published two earlier books on the F-14 in 1979 and 1982.  It has since published three comprehensive works on the colors and markings of the Tomcat, and this new book completes the coverage of the F-14 with all the hallmarks of the Detail & Scale Series of books.

The book begins with two chapters that look at the Tomcat’s history.  The first covers the developmental history, while the second looks at the operational history, including the Tomcat’s extensive use in combat.  The third chapter provides an in-depth coverage of the specific variants of the F-14 that were produced, as well as a detailed look at the various systems and how they evolved during the operational life of the Tomcat.  Numerous photographs supplement an informative text in each of these chapters.

The focus of the books in the Detail & Scale Series is on the details of the aircraft.  Almost all of the 295+ photographs are in color, and 234 detail photographs show every detail of the Tomcat, inside and out.  For example, there are 34 cockpit photos showing all of the details and differences in the F-14A, F-14B, and F-14D cockpits, and they are accompanied by detailed captions that explain and point out the features and how the cockpit displays and controls changed from one variant to the next.

Details of the fuselage, wings, landing gear, tail, engines, air-to-air and air-to-surface weapons, and even the flight gear worn by pilots and RIOs are illustrated with photographs, many of which were taken specifically for this publication.

A comprehensive text explains all of the many upgrades made to the Tomcat over the years it was in service in amazing detail, and all of the physical changes are illustrated with photographs which are supplemented with artwork that points out exactly what the changes were and when they were made.

For scale modelers, the Modelers Section at the back of the book, one of the hallmarks of the Detail & Scale Series, covers the Tomcat kits that are available from the major manufacturers, and a text reviews the kits, pointing out the plusses and minuses of each. 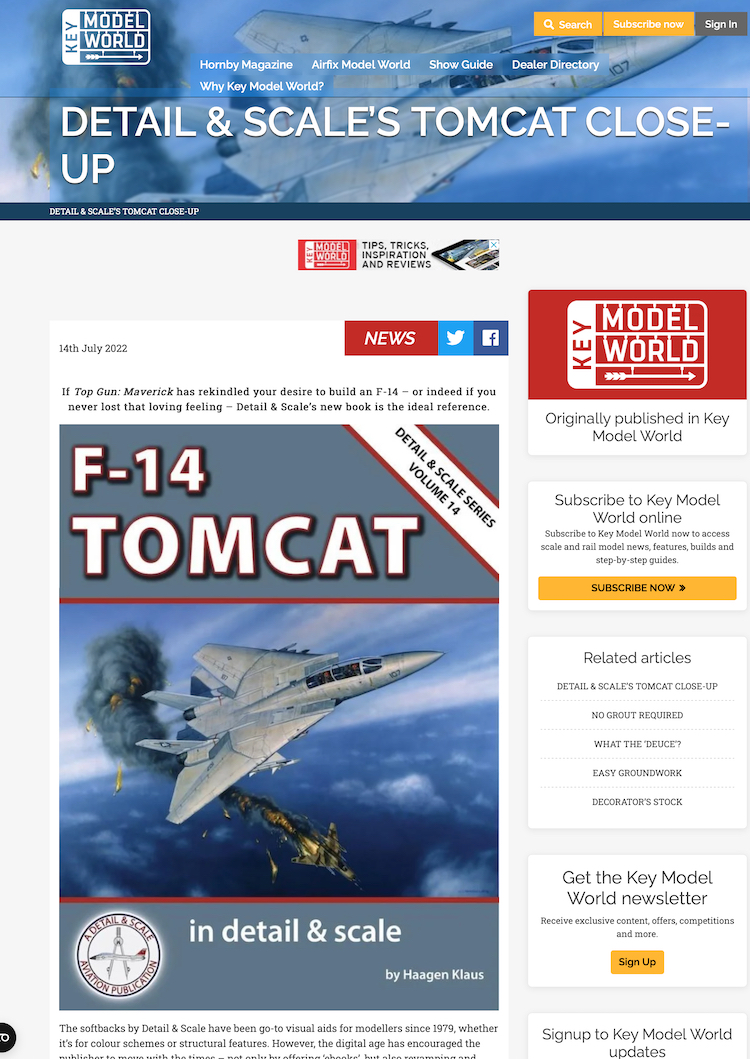