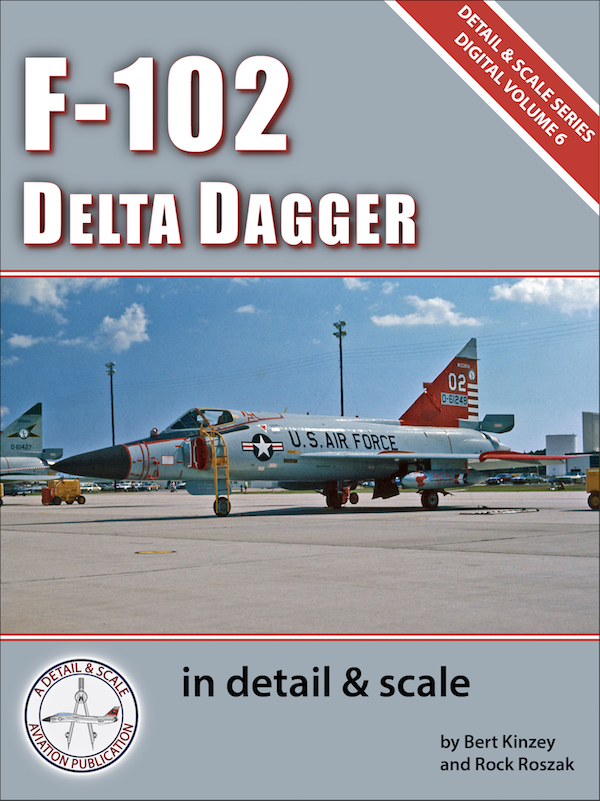 F-102 Delta Dagger in Detail & Scale continues the established and well known tradition of the Detail & Scale Series of publications with the most detailed look at the U. S. Air Force’s first delta-wing, supersonic interceptor ever published.  The F-102 was a historically significant aircraft and was produced in greater numbers than either of its two supersonic interceptor counterparts, the F-101B Voodoo and the F-106 Delta Dagger.  While serving with the U. S. Air Force and the Air National Guard, it flew with some of the most colorful unit markings applied to any of the famous Century Series of fighters.

Other features of the book include line drawings of all the F-102 production variants, illustrations of details from official Air Force manuals, plus two full-color art profiles of the F-102A featuring some of the colorful markings used on the aircraft.