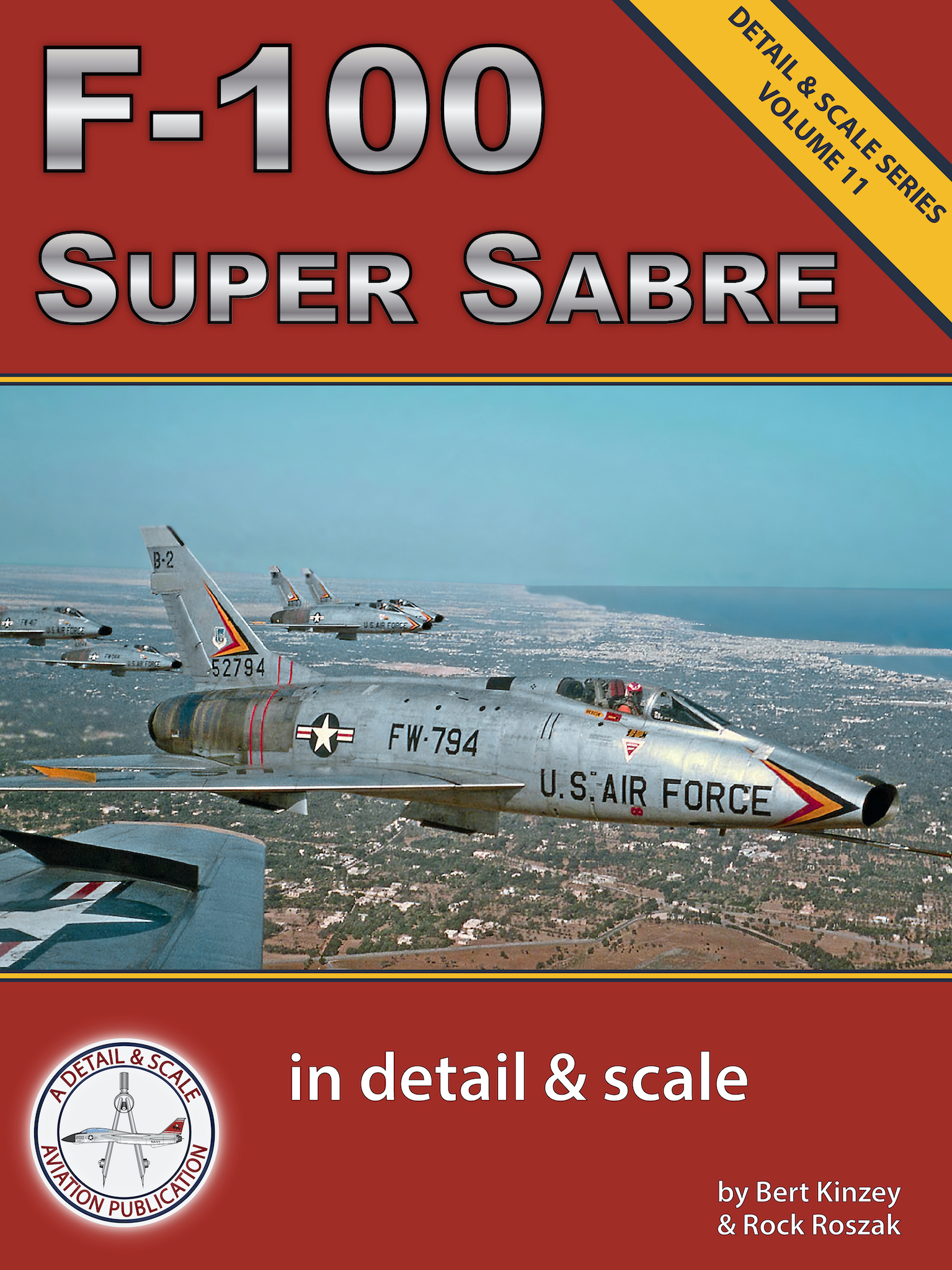 F-100 Super Sabre in Detail & Scale is the eleventh volume of the expanded Detail & Scale Series of military aviation publications.  The F-100 Super Sabre is significant in the history of military aviation in that it was the first U. S. fighter capable of maintaining supersonic speeds in level flight, and it was the first supersonic fighter in the world to reach operational status.  This new book covers every aspect of this significant aircraft, from its developmental history through its use as a fighter-bomber, Fast FAC, and Wild Weasel I aircraft in Southeast Asia.  Super Sabres utilized as drones are covered, as is the Hun’s service with foreign nations.

F-100 Super Sabre in Detail & Scale is a detailed study of one of the most important jet fighter aircraft designs to see operational service with the U. S. Air Force as well as several foreign nations.  The book begins with a comprehensive developmental and operational history of the Super Sabre and follows that with an all-inclusive chapter on each of the variants.  From the YF-100 prototypes to the two-seat F-100F, every variant of the Super Sabre is covered with photographs, informative text, artwork, and tables providing technical and performance data.  This coverage even includes the six RF-100A “Slick Chick” reconnaissance aircraft with cockpit photos and illustrations showing where the equipment was placed inside the modified fuselage.  The use of the F-100 as a high-speed drone comes next, and this is followed by a chapter covering its use in foreign service with France, the Republic of China, Turkey, and Denmark.  Next, is a pilot’s report by Don Schmenk which provides a fascinating and informative perspective from a pilot with more than 1,000 hours in the cockpit including 215 combat missions in Vietnam.  This is followed by a new chapter on the Super Sabre’s service in Southeast Asia.  This chapter features a detailed look at the modifications made to the F-100Fs that took part in the Wild Weasel I effort, the first development by the U. S. Air Force to create an aircraft dedicated to locating and destroying enemy surface-to-air missile and gun air defense systems.

A comprehensive chapter on Super Sabre details, long a hallmark of the Detail & Scale brand, follows.  This chapter contains nine sections covering the cockpit, windscreen and canopy, fuselage, wing, landing gear, tail, engine, 20-mm cannons, and pylons and external stores details.  Complete coverage of almost every square inch of the Super Sabre is provided through 136 high-resolution photographs, 115 of which are in full color.

As with all Detail & Scale Series books, the final chapter covers the scale modeling history of the Super Sabre from the early kits that are now only collector’s items, to the kits that are generally available as of July 2020 for use by the serious scale modeler.  The most popular standard modeling scales of 1/144th, 1/ 72nd, 1/48th, and 1/32nd are treated as separate sections, and the available models in each are reviewed objectively.

F-100 Super Sabre in Detail & Scale is one of the most comprehensive books on the North American F-100 ever published. 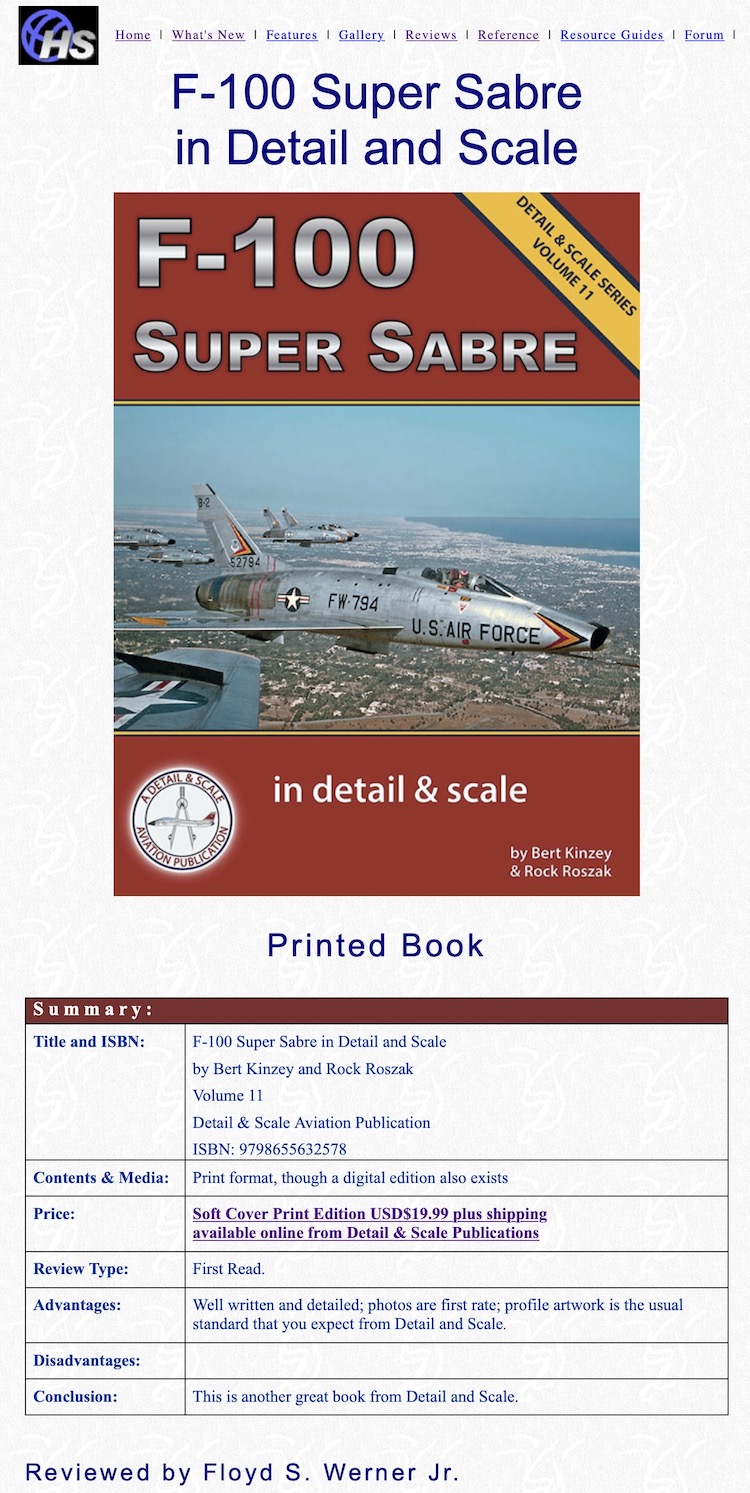