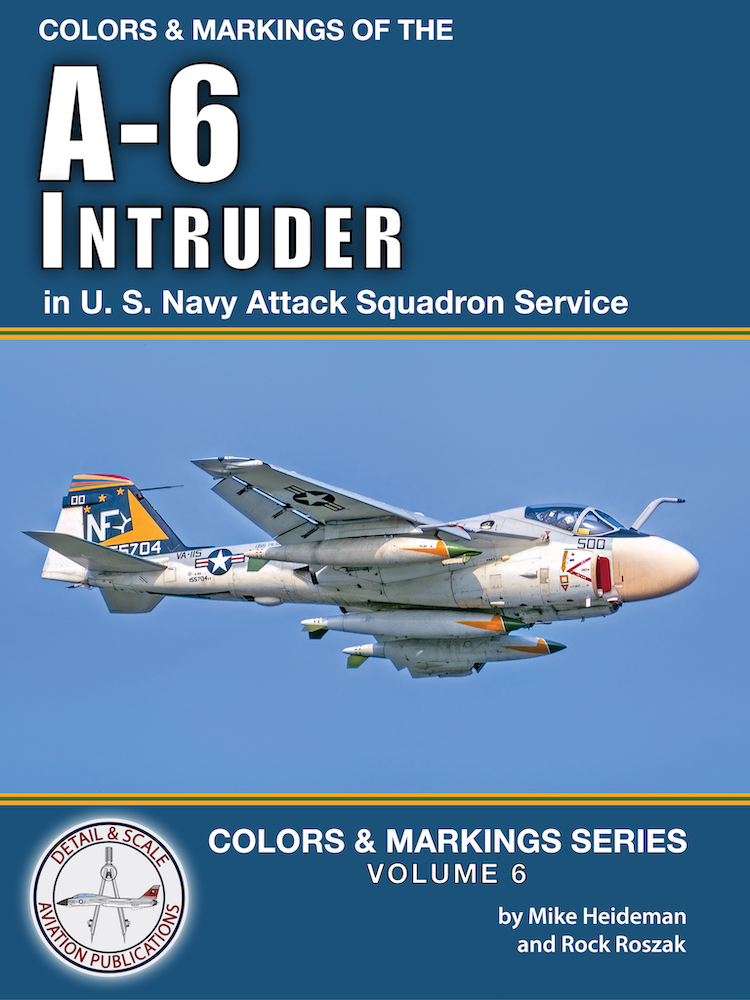 Colors & Markings of the A-6 Intruder
in U. S. Navy Attack Squadron Service

Colors & Markings of the A-6 Intruder in U. S. Navy Attack Squadron Service, Volume Six in the Colors & Markings Series, provides a rich, visual history of one of the most iconic warplanes to every fly with the United States Navy.  From its introduction into combat in Vietnam to the First Gulf War, the Grumman A-6 Intruder was a Navy work horse that provided the deep strike capability that the nation needed from its seaborne forces.

Grumman’s A-6 Intruder was certainly not one of the most beautiful aircraft designs ever to come off the drawing boards, but in terms of being able to perform the job for which it was intended, it may well be one of the best designs in military aviation history.  During its 34 years of service, the Intruder displayed a variety of aircraft paint schemes and markings, ranging from some of the most colorful ever applied to a combat aircraft to some that were so subdued that the various squadron and informational markings could barely be seen.

This book covers the official paint schemes applied to the A-6 Intruder over its operational life and then surveys the squadron heraldry used by all of the operational attack squadrons that flew the aircraft in Navy service.  It begins with several sections on the basic paint schemes that were applied to the aircraft.  The initial gray over white scheme eventually gave way to one that was overall gray, and finally the Navy went to the subdued tactical paint schemes (TPS) still in use today on newer aircraft.  Paint scheme drawings based on official United States Navy documents are included in the gray over white and the TPS sections of the chapter.

Following this look at the paint schemes, the focus then turns to the operational and Reserve attack squadrons that flew the A-6 in both the Atlantic and Pacific Fleets.  Every one of the twenty attack squadrons that flew the Intruder are covered.  The squadrons are presented in numerical order by fleet in two chapters, with the Atlantic coast squadrons covered first, followed by the Pacific coast squadrons.  Each chapter group begins with an introduction that summarizes what the individual squadron sections will portray and then follows that with a table that lists the squadrons assigned, their nickname, home base, carrier air wing and tail code assigned, the aircraft carriers and years assigned, and the number of deployments.  The tables will help the reader identify photos as to the approximate dates of operation based on tail codes and carrier assignments.

Each squadron section provides a brief history of the unit’s service with the Intruder, the squadron insignia, and many photos with detailed captions that illustrate the different sets of markings the squadron applied to their aircraft as they evolved during the period while the Intruder was in their inventory.  The squadron’s aircraft are usually shown in a variety of paint schemes, and the markings displayed run the gamut from brightly colored to totally subdued.

Colors & Markings of the A-6 Intruder in U. S. Navy Attack Squadron Service is a profusely illustrated book.  There are more than 310 photographs, every one of which is in high resolution and full color, and the vast majority are outstanding photos taken by private aviation photographers rather than being stock factory or military photos.  Also included are more than a half-dozen color profiles.  All of this is presented to comprehensively illustrate the rich visual history of the one of the most important combat aircraft to ever be flown by the United States Navy. 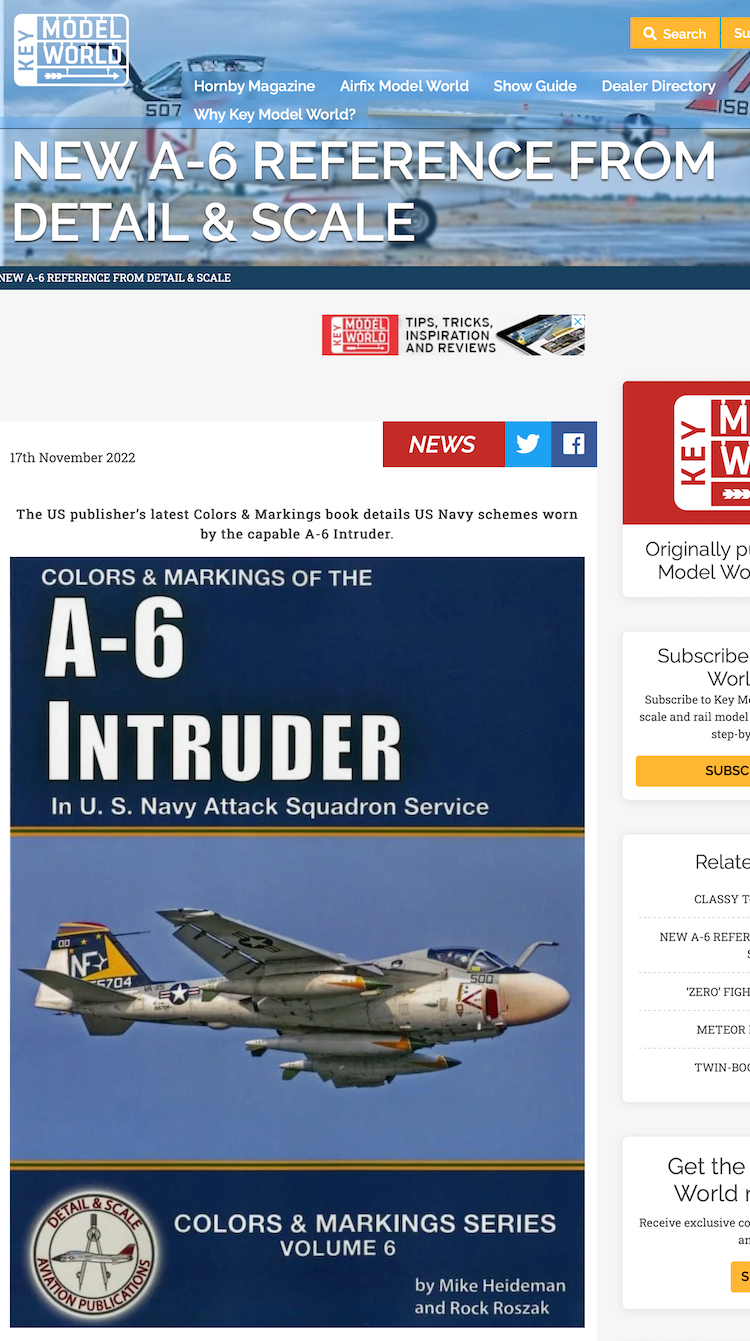 Our EU customers cal also order our books from THE48ERS.COM